A sketch written and distributed amongst some anarchists from April of 2016 prior to Trump's electoral victory.

Three decades of austerity is taking a toll on the dominant political forces in the US. People are simply getting sick of it and popular discontent is beginning to undermine the balance of forces within the ruling parties. There seems to be less capacity for both reaction and reform to deliver present and past goods both through the private sector and through their anemic attempts at public social welfare programs (at least thus far). Despite promises to the contrary living standards objectively are declining, and even reforms like Obamacare, which did put a bandaid on aspects of the healthcare crisis via Medicaid expansion, has been severely threatened by the runaway costs that the rulers were unable and unwilling to contain. This isn't to say that some new remix or reform package won't be able to successfully divert anger over shifting racial and class lines. We should expect that they will. In the present however there's an opening for anarchists where the success of reform is in doubt and the potential for a radical alternative remains a possibility.

We should be preparing for increasing openness to our ideas in the population due to: contesting disruptions from climate change, growing poverty, international conflicts, and the collapse of infrastructure and safety nets. Likewise we should prepare for insurgent reactionary movements around nationalism, nostalgia, and variants of fundamentalism. The left tends to be unimaginative here and sometimes overreacts to right wing historical societies, while overlooking radical reaction that comes outside of the familiar klan/nazi circles and demographics.

Anarchists should try to construct a unity through proliferating anarchist activity within daily conflicts of the working class in a way that polarizes the liberal and insurgent social democratic (and to lesser extent left) bases towards activity in which anarchist politics sets the agenda, undermines the politics of their leadership, and creates a pull towards radicalism.

A problem in our present de facto strategy is that it focuses on marketing and rationality of the correctness of our ideas and methods without speaking to the emotional needs of those struggling who tend to be motivated by imagination, hope, and momentum more than trying to align to ourselves with familiar concepts and existing politics like democracy. Our ideas are foreign and a break; it will take more than well packaged arguments to make someone step into the unknown against a system poised at each step to oppose them.

What would constitute a movement? At present what we have is a collective of individuals and small groups centered around personalities. The different stances largely are based off those small group social networks rather that representing disagreements over courses of action that have played out with different political consequences.

Any movement would have the sympathy and participation of sections of the population not intellectually or socially tied to activist subcultures. Its activity would represent a body of experiences that led to its positions, strategies, and commitments to carry out its goals.

Anarchists have self-divided along a number of axes: political organizations, organizing projects, and ideological tendencies. At present there's a division between supporters of political organization in its anarchosyndicalist, platformist, and bigger tent varieties. There's overlapping divisions between anarchists who wish: (i) to work exclusively within established unions and NGOs, (ii) those who wish for "combative class unionism" i.e. independent non-anarchist organizations generally utilizing official channels, paid staff, etc., (iii) those who seek insurgent forms of explicitly revolutionary unions/tenant/community organizing or anarchosyndicalism, and (iv) those that are hostile to any organization but still work on some forms of collective action. Insurrectionism seems to have largely been swallowed up by academic/intellectual forms of the Marxist ultra left or the fringes of green and identity politics, and doesn't seem to represent its own practice any longer (though could obviously re-emerge at any point).

I doubt that these divisions will be overcome through argument. A shotgun wedding for the sake of numbers is likely to cause fragmenting frictions more than strength. Instead we should seek to construct a movement through finding commonalities of an anarchist practice that we can coordinate across the disagreements and present a common face with different practices in a variety of projects. Instead of ideological unity then we need practical unity based on what we are actually doing and not hypothetical actions.

Some possible directions:
-Work to build common language, ways of doing actions, and mutual support across different projects.
-Direct action, direct democracy, solidarity, and self-organization as core practices of our movement.
-Libertarian socialism or anarchist communism as our aspirations and content.
-The creation of spaces of contestation outside the state and capital that polarize the population against the traditional compromise between soft and hard power and that create new forms of popular power in inherent antagonism to institutionalized power.
-Attempt to strategize on how to intensify rifts within the ruling class by selecting types of breaks that benefit us rather than leading to strengthening of neo-fascist forces
-Identify strategic enemies of the movement as a whole rather than reacting perpetually to short-lived events.
-Do the work each of us supports, do so as anarchists, and tie it to a broader anarchist project of political work outside of whatever fronts and organizations we organize it through.

Obstacles:
-The sophisticated recuperative machinery the State has employed at least since Occupy
-Global instabilities that could lead to escalating war, nationalism, and repression.
-A robust right wing movement on the march
-Sectarianism and patriotism to individual organizations over the health of the movement
-The tendency to submerge activity in the work of other hostile ideologies and organizations.
-A failure to develop anarchist ideas and praxis in our work, and rely on academic, Marxist, and leftist contributions instead.
-Insular and demographically isolated activist subcultures that are hostile to organizing
-The perpetual dominance of single-issue protest politics over investing in specific locales, issues in daily life, and national conditions.
-The culture of internet politics which is both a distraction of energy and institutionalizes destructive and counterproductive ways of interacting.

Steps in a process for this:
-Open discussion and collaborative debates across tendencies.
-Regular national meetings of the best of the movement that is engaged in practice.
-Internal debate of the movement on national demands and projects that would help us move forward.

Anarchosyndicalists are spread out working in different arenas. Some are trying to build anarchosyndicalism out of their reformist AFL-CIO locals. Others are involved in solidarity networks and tenant organizing. The IWW and UE has anarchosyndicalists inside who either see that as their work, or want to move their organizations in such directions. There are those in political groups who advocate for anarchosyndicalism, and still others who argue for creating new explicitly anarchosyndicalist organizing projects. Right now unifying such would immediately run up against squabbles over what organization is best to do the work in. A network of anarchosyndicalists across organizations likewise would be difficult to string together without merely existing on paper due to the basic differences in approach, and the fact that essentially none of these individuals and small groups have clear organizing examples they can point to that have gained ground and persisted.

There is a great potential however given the favorable context we have to initiate a dialogue about: our concrete experiences in organizing projects, possible national issues and opportunities we should be working on, and creating a shared front for supporting different anarchosyndicalist organizing projects. In my mind this would draw from solidarity network members, IWWs, dissident unionists, tenant union members, neighborhood based organizing projects, and any anarchosyndicalists engaged in organizing projects. The real challenge here is how to get beyond tit-for-tat internet exchanges, or hollow conferences that neither speak to the work we do, nor produce new materials for the work thereafter. Still a working anarchosyndicalist network (if not unions) are closer now than in any recent US history, and there are no excuses for those of us who believe in that project to overcome the strategic and tactical differences that are healthy and do not provide a barrier to common work.

My Ordinarian view is that I only see the Capitalist class and the Working class are just two opposite side of one and the same coin. The coin happens to be the principles they both agree upon. Assuming the principles are written around the face of the rim, in can only be read one way, if the Capitalist class side is facing up, the principles are not clearly read because the letters and words are upside-down and backwards, that is why they resort to hypocrisy, but if the coin is flipped up and reveals the Working class side, the words becomes clearly readable and the principles are read:
Be not a burden!
Be independent!
Be practical!
Be equal!
Be learning and improving!
For the Working class I believe, is not about heroism, not about sainthood, not about martyrdom, because if they believe in all those things then they don't need to go to work for a living. For them, the Working class, it is all about just being only human.
So if we ever hear those principles coming out of their mouth(most probably from our parents), it only means they are treating us just like them, a human being. 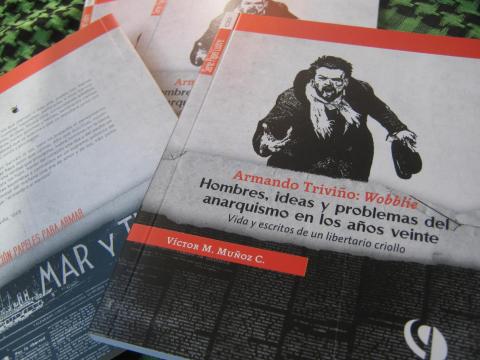 A 1923 article by Armando Triviño, organizer of the Chilean IWW, discussing the IWW and the role of anarchism in the workers movement. Translated…
Image

New and improved: the Anarchy!

Meetings don't have to suck! Some thoughts on the anarchist movement.
Image 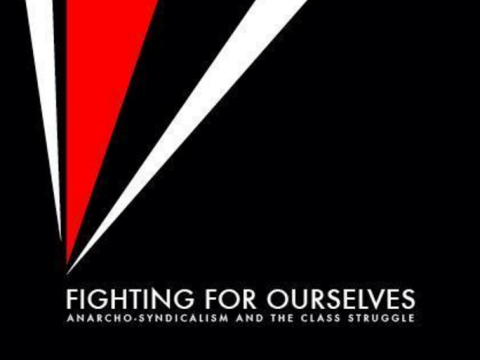 Fighting for ourselves: Anarcho-syndicalism and the class struggle - Solidarity Federation 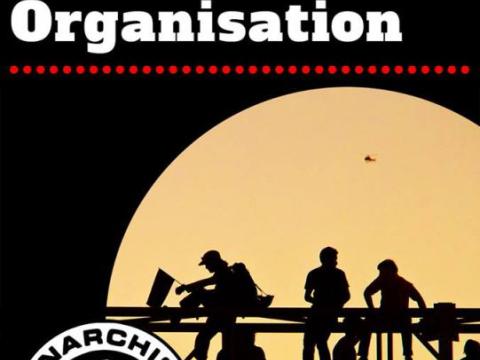 The Role of the Revolutionary Organisation