Fire the boss! NEFAC and anarchists in the labour movement

A pamphlet published in early 2011 by the North Eastern Federation of Anarchist Communists (now Common Struggle) detailing their workplace strategy and analysis of previous labor struggles many of their members were directly involved in organizing.

As this is written U.S. capitalism remains mired in a breakdown crisis, the worst since the Great Depression of the 1930’s. However, from a glance at the corporate media this is not obvious. It reports, for example, that non-financial companies in the Standard & Poor’s 500 Stock Index have piled up on some $2 trillion in cash. In addition to just sitting there, this money is largely being spent on corporations’ buying back their own stock (up threefold in one year to $143 billion), dividend increases (one third of the S&P 500 have raised their payouts by $13 billion), and purchases of other companies. The fact that none of this cash is being invested profitably to produce the goods and services necessary for the well being of the people is glaring evidence of the breakdown of the system.

Of course, working class and oppressed people don’t have to parse financial reports to experience the rot: the unemployment, racism and sexism, homelessness, hunger and on-the-job harassment are facts of everyday life.

When the financial system first began to unravel in 2007-2008, the response of most working class and oppressed people was to go into survival mode—and vote for Obama. Even when the capitalists showed themselves unable to manage their own system as giant firms went bankrupt in the fall of 2008, most ordinary people opted for individual rather than systemic solutions to their problems.

We believe this will change. Collective resistance will increase. We don’t know when, what, where, or how this will happen, but it will. Much of it will be centered at worksites, whether unionized or not. The resistance will immediately raise questions to workers, such as: what should the attitude be toward the existing union bureaucracy, if there is one, or any loudmouth rank-and-filers who are wannabe bureaucrats? What organizational forms should the struggle take? What about electoral action and left-leaning politicians? What should the attitude be toward the demands of oppressed people? And in general, what sort of social program should the struggle adopt?

We believe that anarchists must play a role in the coming resistance for two reasons. First, to fight for a mass democratic revolutionary movement that neither cannot be used for supporting capitalist reform (that is, the Democratic Party), nor taken over as a battering ram for the establishment of state capitalism as in the old Soviet Union, China or Cuba. Second, to make sure that in a revolutionary situation, the movement is victorious and not led into disaster by the same reformist or state capitalist forces, as they have done in Spain, Chile, Germany and Indonesia.

The purpose of this pamphlet is to start a conversation about all the above questions, using examples of labor work in which anarchists have led and participated.

It is only through the revolutionary self-activity of the working class that isolated class struggles can be generalized into a genuinely anti-capitalist movement...we must continue to build forms of self-organization that are able to go beyond existing trade union structure. 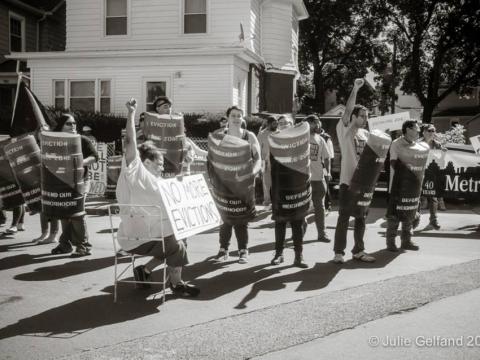 As we develop new strategies to work on community organizing campaigns, what ideas and strategies… 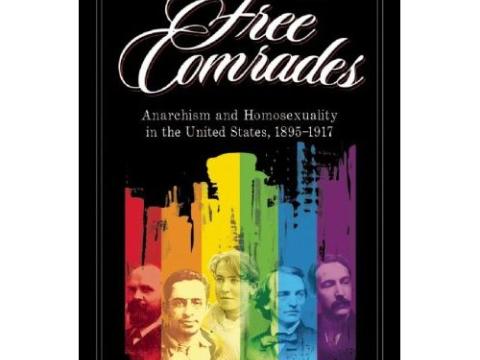 By investigating public records, journals, and books published between 1895 and 1917, Terence… 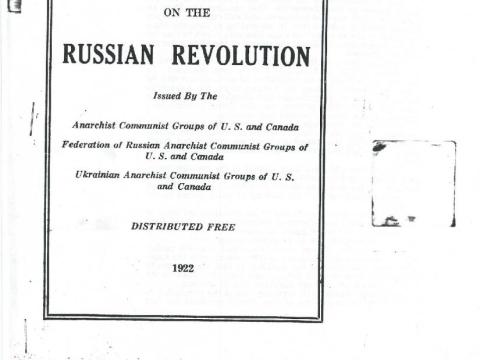 Manifesto on the Russian Revolution

Exiled Russian and Ukrainian anarchist-communist views on the Russian Revolution issued in 1922.