Workers at a Continental tyre factory in France destroyed two buildings after learning that legal attempts to block the closure of their plant failed.

Reuters reported that German car parts maker Continental, which operates the plant at Clairoix in northern France, announced on March 11 it would close the site as well as a German plant at Hanover because of a severe auto industry crisis.

Since then, Clairoix workers have staged a series of protests to combat the closure, which will eliminate 1,120 jobs. They hurled eggs and insults at managers on March 12, and on March 25 they burnt tyres on Paris streets.

They also launched legal action to stop the closure, arguing management had failed to consult with employee representatives as required by French law. The suit was rejected by a court in the eastern town of Sarreguemines.

"Until now they have seen the Continental lambs. From now on, we are lions! We have been restrained for five weeks, now we will let loose," Xavier Mathieu, a worker representative from the CGT union, told staff after the court decision.

Television footage showed them reacting by smashing windows and breaking equipment inside a reception building at the entrance of the Clairoix factory.

Earlier, they had gathered at a local government building in the town of Compiegne, near Clairoix, to await the decision.

When it came, they stormed the building, throwing desks, chairs and computers out of the window.

"There is nothing left. It all happened in 10 minutes," Mathieu told Reuters by telephone from Compiegne.

The government condemned the actions.

Worker action to resist mass layoff plans has become increasingly radical in France since early March, including several "bossnappings" in which employees have detained managers overnight in their offices. 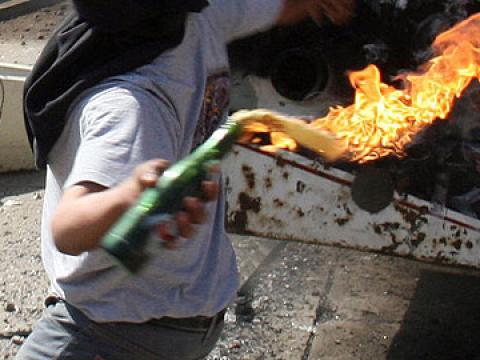 Workers at French car parts manufacturer Sodimatex are threatening to destroy the factory unless they are given an improved redundancy package. 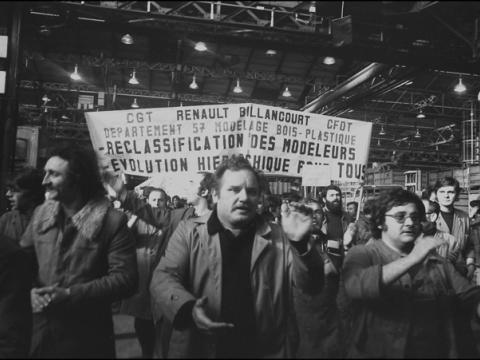 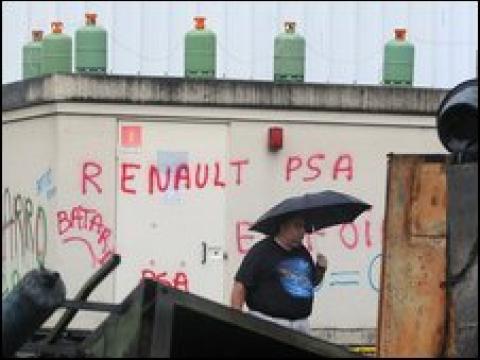 French Workers Lock Up Execs in a New Eruption of 'Bossnappings'