False front. To oppose Putinism what is needed is a new emancipatory universalism - Norbert Trenkle

Text by Trenkle on Putin and the Russia-Ukraine War.

The invasion of Ukraine is part of a large-scale offensive by an authoritarian regime driven by the sinister conviction that it must remake the entire world order in its own image. This offensive is directed not just against one country, but against everything that, in Putin’s eyes and in those of his followers, embodies the „degenerate West“. This includes, in particular, „sexual decadence,“ i.e. homosexuality, and so-called gender ideology, as well as the purported disintegration of „traditional cultural values.” Underpinning this is an openly fascist ideology, as the Moscow sociologist Greg Yudin, for one, correctly pointed out.

When it comes to the struggle for social emancipation, it should naturally be a matter of course to oppose the Putin regime. At the same time, however, this risks putting the proponents of emancipation in the same league as those who equate the fight against authoritarianism with a defense of the so-called universal values of democracy, freedom and the market economy. This is problematic not only because such a united front also includes forces that are not themselves free of anti-democratic tendencies, but also because it suppresses the fact that this much-vaunted universalism has long since been discredited, in practice, by its own ugly reality—the latter being itself one of the essential factors contributing to authoritarianism’s global offensive.

Liberal-democratic values are universal only on the level of their purely abstract appeal. However, their material basis, a society based on commodity-production, rests on systematic exclusions and the division of society into winners and losers. This material reality thus invariably gives the lie to any abstract claim to universalism. Commodity-producing society is, in fact, universal, but only in the sense that its overwhelming and all-encompassing social dynamic has succeeded in imposing itself on the entire planet. Moreover, at the same time, this is a universal that is only actual in any positive sense for a distinctly particular minority: only a relatively small portion of the world’s population can, under the dictates of commodity-production, live anything like a reasonably adequate and secure life and enjoy even the most rudimentary access to what is promised in any Charter of Human Rights. And this strictly minoritarian, anything but universal way of life rests, simultaneously, on the ruthless plundering of the world’s natural resources.

Undertaken in the wake of the caesura of 1989, the attempt to establish a so-called New World Order under the aegis of democracy and a free market economy was thus bound to lead to disaster. Once the projects of a recuperative, state-capitalist modernization, carried out under the ideological auspices of socialism, had failed, the ensuing neoliberal offensive of the 1990s left, in its turn, a trail of devastation over large parts of the world. In the ruins of these failed attempts at modernization there arose kleptocratic and authoritarian regimes that, often alongside fundamentalist religious movements, have contributed their share as well to the progressive disintegration of the societies that furnished their initial ground. When the tendencies unleashed by these effectively failed societies became too threatening to the interests of powerful Western states the result has been direct military intervention. But this has most often merely made the situation worse. See, above all, the 2003 US invasion of Iraq, which only further devastated an already battered country, destabilizing the entire region and plunging it into an even more prolonged state of war.

Putin’s regime also emerged as a result of Russia’s disastrous neoliberal, market-radical transformation, but with the significant difference that he managed to restore relative stability to the country. Putin was able to rely on significant forces within both the security and military apparatuses and largely succeeded in bringing Russia’s so-called oligarchs, who had enriched themselves immeasurably during the wild privatizations of the 1990s, under his control. Although the latter were allowed to continue doing business, they had to recognize the authority of the state and to cede part of their profits for the purpose of producing legitimacy for the regime. With rising energy prices, wages in the large state sector could once again be paid on time, as could pensions and certain social transfer payments. Infrastructure was modernized, at least in Russia’s population centers.

This accounts for Putin’s sustained popularity, which he secured by suppressing the opposition and undertaking an authoritarian restructuring of state and society. But he also won broad popular support by promising to restore Russia to its erstwhile status as a great power, poised to dominate a „Eurasian Union.” Underpinning this ideology is clearly the drive to avenge and assuage the deeply felt ignominy that the fall of the Soviet empire and the subsequent period of free-market transformation have evoked for many Russians. This is the subjective underpinning of pro-Putin nationalist megalomania and a corresponding deep-seated resentment directed against „the West.”

Efforts to explain the assault on Ukraine as a reaction to alleged provocations by NATO or the United States are misleading and inadequate. Putin’s resort to outright aggression is obedient to a very different, more deep-seated drive that may indeed have been reinforced by Western foreign policy but was not generated by it. It is often precisely the contenders that lose out in capitalist competition on the level of states and empires (or those contenders that feel themselves to be losers) that mobilize the strongest and most regressive energies — energies aimed at restoring a previously powerful status, or at least at taking revenge on the winners (or on their proxies) – even when at the price of mutual destruction. This also helps explain Putin’s great popularity among the ranks of the right and extreme right throughout the world. Their resentment feeds on sources that are much the same. It springs from identity-driven grievances caused in turn by the actual or perceived loss of a position of power in society.

The pronounced masculinism that Putin represents must also be seen in this context. For the loss of power impacts the identity situated at the core of the male subject in bourgeois society, primarily defined by self-assertion in all-round competition and is secured by the construction of a subordinate femininity, imagined to represent the exact opposite pole of this masculinist form of subject-formation. Many men around the world continue to react with the extreme aggression to the undermining of this binary gender hierarchy by feminist movements and by structural economic changes in recent decades. At stake here is the innermost core of this masculinist sense of self—bitterly defended, as can be seen abundantly clearly in the appalling increase in sexualized violence around the world. In this sense, too, Putin represents an ideal figure for those men who self-identify in this regressive way. He typifies the male loser who fights back against the dissolution of bourgeois gender hierarchy but who is politically and militarily powerful enough to wage this struggle successfully.

This regressive worldview, one which combines authoritarianism, masculinism, and an identity politics of aggression, is not, however, outwardly opposed to the much-invoked values of democracy and freedom, but rather forms, as it were, their irrationalist flip side. It is urgent that this be kept in mind, especially in view of the current conflict in Ukraine. Insofar as the Western public is persuaded to interpret the latter as simply the clash of two opposite value systems, the authoritarian threat is made to appear, falsely, as something alien that bursts into the world of the liberal democracies from the outside. A glance at the far right-wing, openly authoritarian and neofascist mass movement spearheaded by Trump in the supposedly liberal-democratic USA, a movement very likely poised to take control of the U.S. Senate later this year, and quite possibly the executive branch of the federal government in 2024, suffices to prove how illusory this is.

A euphemistic view of liberal democracy promotes several worrisome tendencies. First, the tendency toward a kind of mirror-image culturalizing of the conflict; talk of ‘Western values’ is itself already problematic because it suggests, falsely, that these possess a culturally specific character. Second, an ever worsening tendency towards the closing off and self-isolation of the societies of the capitalist core, whence an even more rigidly defensive emphasis on border surveillance in combination with ever further exacerbations of nationalist demagogy. And third, finally, the outright militarization of society (for example, through policies of domestic rearmament and even greater military spending) as well as a concomitant re-masculinization, already evidenced in the popular media’s sensationalist heroizing of the Ukrainian resistance.

The battle against authoritarianism cannot be won in this way. On the contrary, by following this path the societies of so-called West come more and more to resemble their own externalized enemy, and the supposed universalism of liberal-democratic values yet again proves itself to be a falsehood. The relative freedoms offered by life in the capitalist centers must, to be sure, be defended against any and all authoritarian threat. But this can only be done by ridding such forms of life from the logic of commodity society and thereby pushing them beyond themselves. What is needed is the transnational solidarity of all those social forces that aspire to defend themselves against authoritarianism and at the same time an end to the radical marketization of the world. Our most urgent need is for a new universalism of social emancipation.

In this sense, too, Putin represents an ideal figure for those men who self-identify in this regressive way. He typifies the male loser who fights back against the dissolution of bourgeois gender hierarchy but who is politically and militarily powerful enough to wage this struggle successfully. 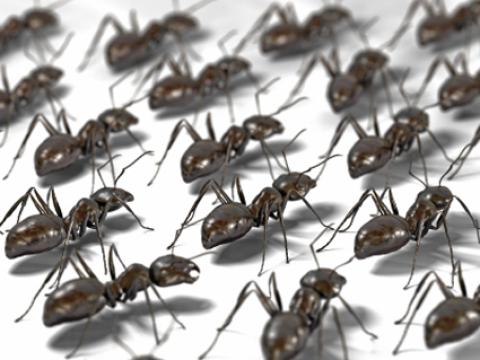 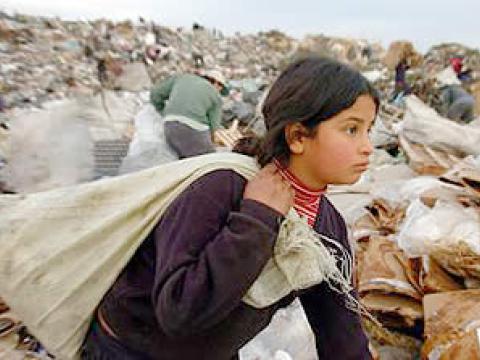 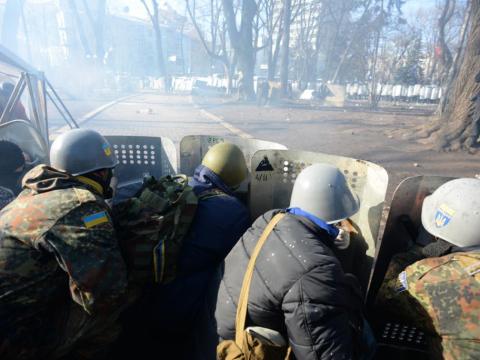 War against war! - statement on Ukraine

Statement by leftists and anarchists on the confrontation in Ukraine, arguing for working class internationalism and against supporting either…