A critique of Anselm Jappe's essay, "Who Is To Blame?" - Roland Simon (Excerpt)

In this 2009 article, Roland Simon of Théorie Communiste subjects Anselm Jappe and, more generally, the current known as “Value Critique”, to severe criticism, claiming that their emphasis on the “commodity” and “value” causes them to misunderstand the Marxist critique of capitalism and to harbor erroneous views about “a kind of value that is no longer value” because of an alleged decline of the proportion of labor in each commodity caused by increasing productivity, and that their “‘focus’ on value and the commodity causes us to ‘forget’ that value is capital” and that the goal of capitalism is not even just surplus-value but rather the reproduction of capitalist class relations.

A Critique of Anselm Jappe’s Essay, “Who Is To Blame?”—Roland Simon (Excerpt) 1

[…] One may understand the title of Jappe’s essay as a mere critique of those who view the crisis as the fault of a handful of financial racketeers. In fact, however, his title implies more than that. It refers to the critique of value elaborated by the journal Krisis, in Germany, in connection with the movement known as “Value Critique” [Wertkritik] and the “Anti-German” tendency.

For the “Anti-German” tendency, the extermination of the Jews during World War Two is inscribed in the development of capitalism, as capitalism is the movement of developed value—and the latter includes labor power as a simple determination of the developed concept of value—thus inculpating the German working class with respect to the policy implemented by the German ruling class. Furthermore, according to this tendency, it also follows that any theory that only takes into account the struggle against the capitalist class, and that advocates the class struggle, invariably ends up denouncing the Jews (or their equivalent). Thus, in Jappe’s text: “The search for scapegoats, for ‘Jewish bankers’ or other culprits, to serve as targets for the indignation of the ‘honest folk’ composed of workers and small savers, would be the worst possible solution.”

This “lunacy” is subsequently displayed in Jappe’s text: “These days it has once again become fashionable to quote Karl Marx. But the German philosopher did not speak only about the class struggle. [I am tempted to say that he only spoke about it when he was not speaking about something else—author’s note.] He also foresaw the eventuality that some day the capitalist machine would stop running on its own, through the exhaustion of its dynamic.” Between the “stop running on its own” and “the exhaustion of its dynamic” there is, all things considered, a very big difference (which does not obviate the fact that the fundamental problem resides in not understanding the falling rate of profit as class struggle). Some further elaboration and a few references would have been welcome.

This text may be classified under the category: today’s crisis is the sequel of the crisis of the early 1970s, with nothing intervening between the two crises except some therapeutic furor. In order to see how this is “proven”, it is necessary to follow the course of Jappe’s argument.

A. “Capitalist commodity production contains, from its very inception, an internal contradiction, a veritable time bomb…. Capital can only be made fruitful, and thus be accumulated, by the exploitation of labor power.” OK (it should be noted, however, that it is this “capitalist commodity production” that will henceforth allow him to focus not on valorization—the production of surplus-value—but on the nature of the commodity). He follows this with a brief outline of the tendency of the falling rate of profit. OK.
B. “The value of each commodity consequently contains a constantly diminishing portion of human labor—which is, however, the only source of surplus value, and therefore of profit.” No. All the words are there and after a quick reading we are bedazzled. The value of each commodity continues to contain only human labor (regardless of its quantity). The value of the commodity contains the necessary labor time, while the surplus labor time is the gift that living labor offers to capital by transmitting to the new commodity the value of the means of production that were used up, since this latter value is itself human labor. In this way, consciously or not, Jappe performs a theoretical sleight of hand trick: the increase of the organic composition and the falling rate of profit are transformed into a diminution of [the share of] human labor in the value of commodities, and therefore a kind of value that is no longer value. Moreover, we recall that the diminution of the value of each particular commodity is by no means problematic for the capitalist mode of production (indeed, it is the heavy artillery that can breach all Chinese Walls—the Chinese themselves are proof of this—and it is called the relative increase of surplus-value). What poses a problem for this mode of production are its own limits that are imposed by the growth of productivity (this growth takes place within the constraints of the rate of profit; recall that it is not a matter of attempting to free the productive forces as they are defined by this constraint: they are objectified social labor confronted by living labor). To “focus” on value and the commodity causes us to “forget” that value is capital (since the second issue of Théorie Communiste we have elaborated this critique of the procedure of focusing the critique of capital on value, a procedure that was very fashionable in the milieu of the critical theorists of programmatisme during the early 1970s, insofar as it allows its advocates to create an inseverable bond between capital and the working class and to pursue a critique of labor).
C. The result of this sleight of hand trick: “The development of technology reduces the profit of the system as a whole. During the last century and a half, however, the expansion of commodity production on a global scale was capable of compensating for this tendency of the value of each commodity to fall.” We thus behold the confusion of the “[reduction] of profit” with the “[fall] of the value of each commodity”, although the value of any particular commodity may quite well fall while the portion of that commodity composed of surplus-value (the surplus labor time that it contains) increases. By means of these “approximations”, the real objective of this prestidigitation is to pass off the diminution of the value of each commodity as a diminution of human labor as the source (definition) of value.
D. “Since the 1970s, this mechanism—which was nothing but a flight forward—has stalled…. This was the moment when ‘fictitious capital’, as Marx called it, came to the fore.” Indeed: “But when the production of value, and therefore of surplus value, stagnated in the real economy … the only thing that henceforth allowed the owners of capital to obtain the profits that were impossible to obtain in the real economy, was finance.” The claim that, for 35 years now, the production of value in the “real economy” has been stagnant, is itself something that has to be proven, but it is the causal relation between value and surplus-value that is of interest to us here. If the production of value stagnates, then the production of surplus value also stagnates (and here we once again encounter the importance of understanding the fact that developed value is nothing but capital as a specific mode of production). The goal of capitalist production is not value, but the surplus-value that is contained in value; we may add that, according to the “German philosopher”, the goal of capital is not even surplus-value, but the reproduction of the classes within its relations (Capital, Vol. III).

Finally, not only is it a very short step from finance as the last resort to parasitic finance (with the difference, in the way Jappe frames the question, that there is nothing to parasitize), but above all, restructuring disappears. As Jappe says, capitalism survived after the early 1970s by relying on a “crutch”, because it “was never seriously questioned by anyone”. No one challenged it because no one wanted to escape from the infernal mechanism, “the incessant cycle”, as Jappe calls it, “of labor that valorizes capital and capital that employs labor”. Or so, to borrow his own words, “some … would have us believe”. Making restructuring and the new cycle of struggles disappear is a conditio sine qua non for the persistence of a revolutionary perspective in the form of a critique of labor and of value that was nothing but the final stage of the crisis of programmatisme during the early 1970s (which, on another level, gave us that strange marriage in the recent issues of Echanges between a councilist vision that no longer dares to proclaim anything like revolution or the definition of communism, having reduced the latter to a kind of radical independent trade unionism, and the problematic of the critique of labor).

Jappe’s text combines the two tendencies, that of the “exhaustion” of capitalism, and that of the erasure of both restructuring and the new cycle of struggles. These two factors are of course connected. This vision of an objective end of capitalism does not understand, in its own objectivity, what it means by economy, or what it means by class struggle. With regard to this point, the only suitable perspective is to characterize the crisis in terms of a cycle of struggles, of the contradiction between the proletariat and capital in its content and in its structure. What we are dealing with here is a crisis where the identity of over-accumulation and under-consumption, of the crisis of the wage relation and of the reciprocal implication between labor and capital, the crisis in which the proletariat is confronted, against and within the capitalist mode of production, with its own existence and action as a class as a limit that must be surpassed, is affirmed. There is no other “exhaustion” of the capitalist mode of production. [.…]

Translated in September 2014 from the Portuguese translation entitled, “Crítica do artigo ‘De quem é a culpa’ by Anselm Jappe”.

A slightly longer excerpt from the French original of the above text by Roland Simon (including the concluding section), entitled, “A propos d’un texte d’Anselm Jappe”, may be found online at: http://raumgegenzement.blogsport.de/2010/10/01/roland-simon-a-propos-dun-texte-danselm-jappe-2009/.

For an English translation of Anselm Jappe’s article, “Who Is To Blame?”, see: http://libcom.org/library/who-blame-anselm-jappe. 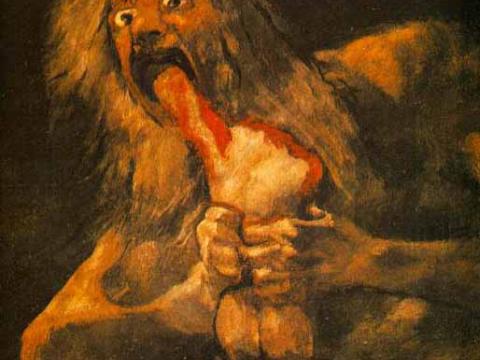 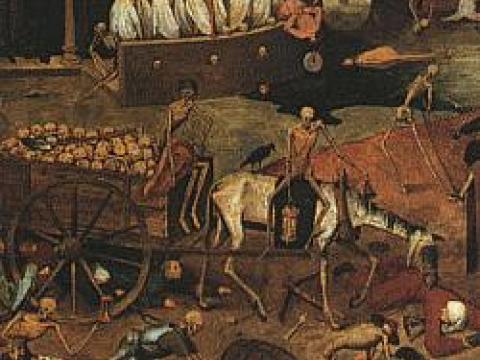 Decline as a Concept - and Its Consequences - Hillel Ticktin

This article produces a summary of a theory of decline of capitalism. 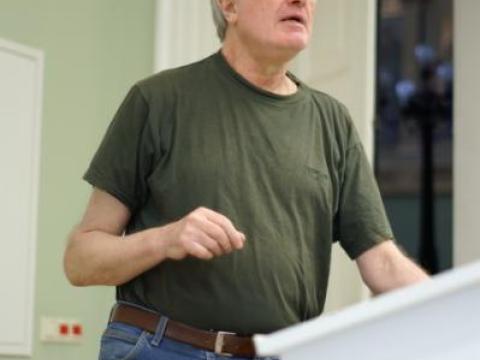 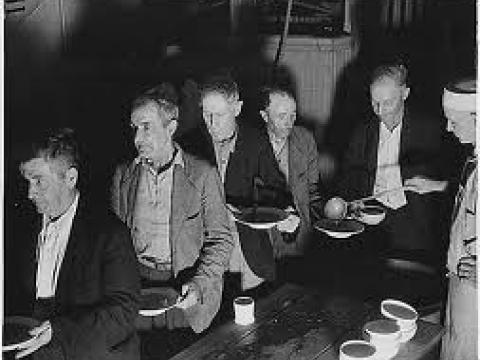