Report on yesterday's fascist violence in Thessaloniki, Greece, which saw two social centres attacked, including Libertatia, a libertarian communist social centre, which was burnt down. Also includes a statement from the Libertatia collective, calling for a demonstration this evening.

After a group of fascists had split off from a mass rally of nationalists and fascists, they attacked the squatted Libertatia social center in Thessaloniki, Greece.

According to the cops around 100,000 people attended at the nationalist demo in Thessaloniki today, including many fascists. After the demo started under the statue of Alexander the Great, a large group of fascists attacked the social center “The School”. The cops didn’t stop the fascists during their attack against the social center School (video below). Anarchists repelled the fascist attack and the fascists had to retreat.

The fascist thugs then went to the Libertatia squat, while cops blocked the anarchists that defended the School social center so they couldn’t get to Libertaria to defend it against attacks. A screen shot from the start of the attack against Livertatia from ERT TV shows that although cops stopped anarchists so they couldn’t defend the building, the cops did not nothing to stop the fascists. 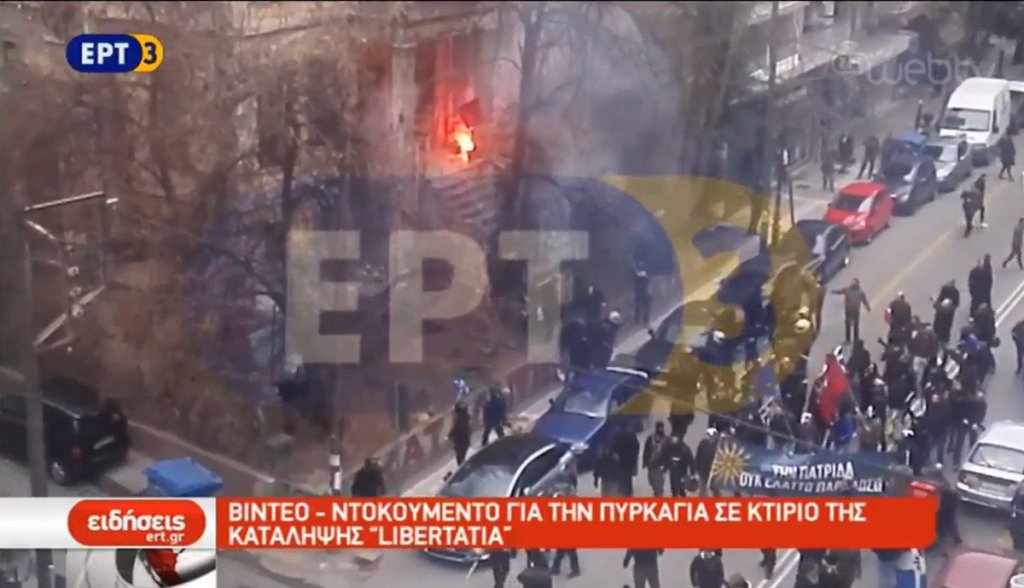 A statement on Athens Indymedia said: “There is a need for an immediate, militant mobilisation tomorrow, if not today. This can not be left unchallenged.”

The right-wing and nationalist “Macedonia for Macedonia” campaign is a welcome opportunity for the fascist Golden Dawn Party and other fascist thugs to gain popularity again after their popularity declined a bit in the past few years. The “Macedonia for Macedonia” campaign demands that the former Yugoslavic Republic of Macedonia change its name into FYROM. Macedonia is also the name of the region in the north of Greece. Thessaloniki is the capital of the region. Nationalists in both countries are heating up the conflict.

In addition to the two projects that were attacked, there was also an attack on an anti-fascist rally in the central Kamara Square and the Holocaust Memorial in Thessaloniki.

Today, Sunday, 21st of January, around 13:30 at noon and before the nationalist rally for Macedonia, partaking fascist groups began a series of attacks against squatted spaces. Since they were successfully driven away from the free social space ”School”, which they attacked first, they approached our squat causing damages at the front of the building and the fence. Those damages were restored immediately by members of our collective, which later went to the anti-nationalist demo in Kamara. Approximately two hours later, a group comprised by 60-70 fascists attacked our squat again using molotovs and flares which set the building on fire. At that time, there was nobody inside. During the attack, there were members of the state security present, which did not interfere and offered to cover the fascists, while a riot police van was parked nearby. The reaction of the neighbourhood was notable, since people came out shouting at the fascists who were swore back and threw flares at them. When the fascists attempted to re-approach ”School”, the police maintained the same stance toward them: they offered cover and isolated the comrades inside. 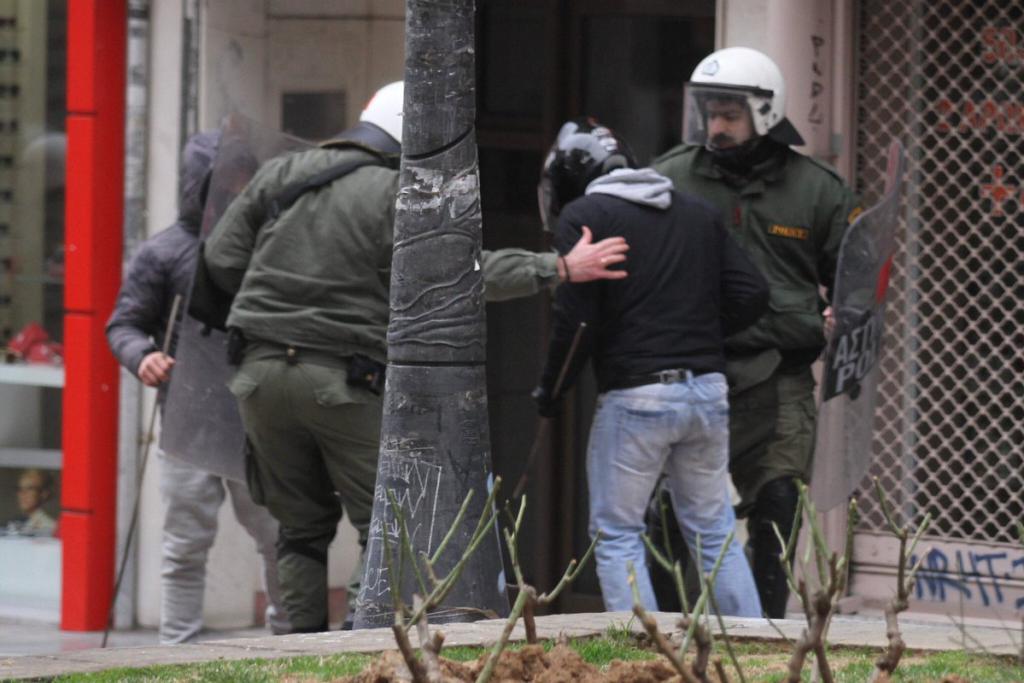 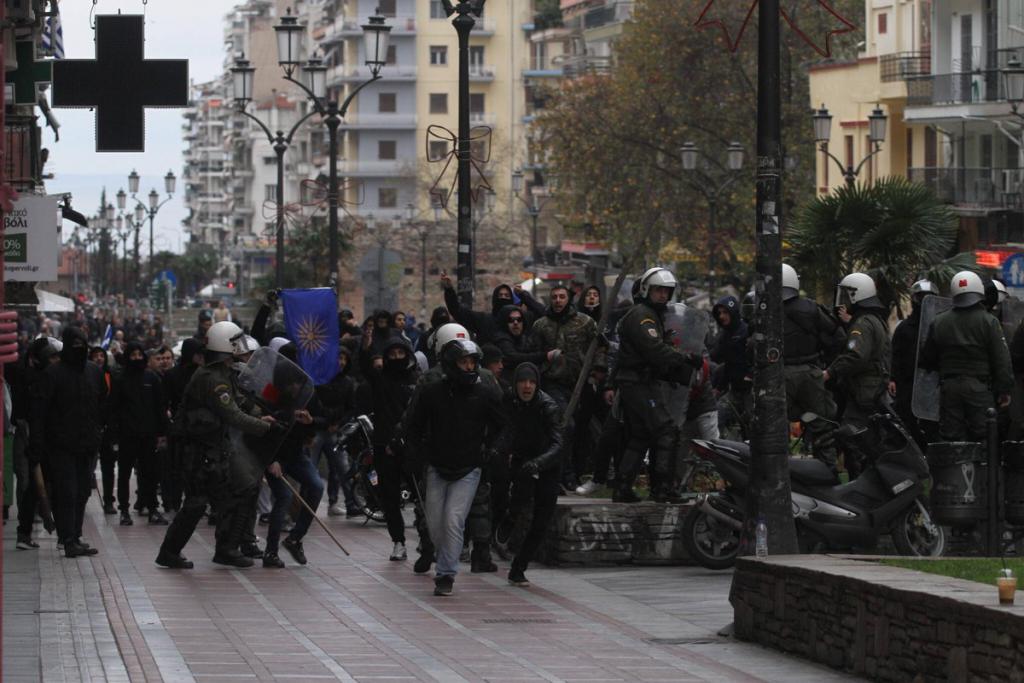 During the attack, there were members of the state security present, which did not interfere and offered to cover the fascists

People must not be fooled: the attacks and the arson would not have been possible without the ”cover” of the rally for Macedonia. This is where they went to and where they returned from. All the far-right neonazi groups were calling for participation to the rally but since nobody cared for that fact, fascists were legitimized socially and given public space to express themselves and act. We are well aware that these would not be made possible under different circumstances, so each and everyone must reflect on their stance toward fascism. These actions by parastate groups enhance state repression against those who fight and resist for the betterment of this world. Let each and everyone consider who benefits from the arson of a building that has a history that goes back over 100 years and was derelict for decades. A building which we, as anarchists, libertarian communists and revolutionaries, decided to occupy and preserve, on one hand with the aim to cover the housing needs of proletarians, immigrants and people mistreated by the state and capitalism and on the other hand to create a space of radical political processes and promotion of a new libertarian culture. It must be made clear that these attacks constitute criminal acts which could have brought a tragic outcome, had there been any victims.

These attacks won’t terminate our struggle against state, capital and fascism. No attack is going to terrorize us and we will not do fascists any favours, but we will armor our conscience and keep on fighting with tenacity for our values, for a society of equality and freedom.

Originally posted on the Enough is Enough website as two separate articles.

Notes on Greek Nationalism and Macedonia

There is a need for an immediate, militant mobilisation tomorrow, if not today. This can not be left unchallenged. 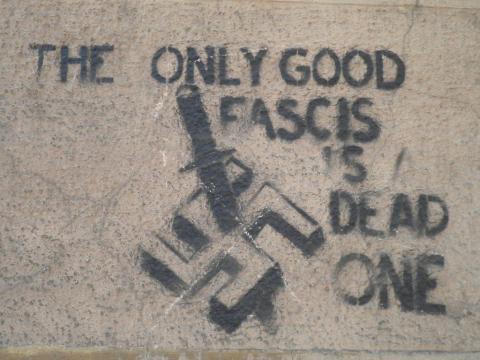 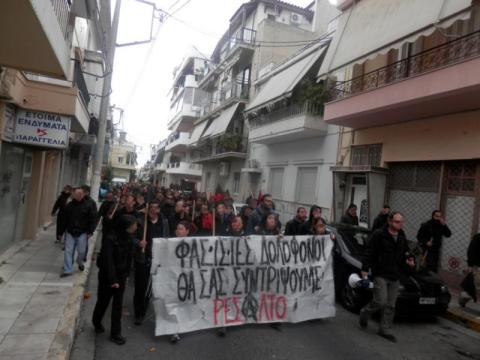 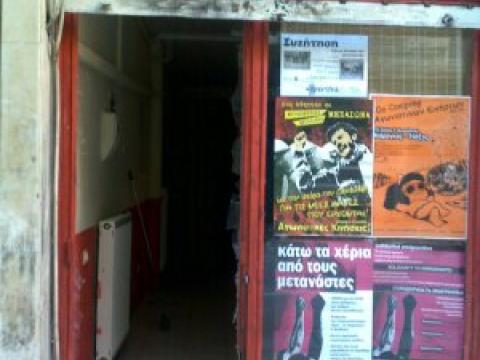 Sling, a youth center of the left in Salonica fell victim to a parastate-fascist…
Image 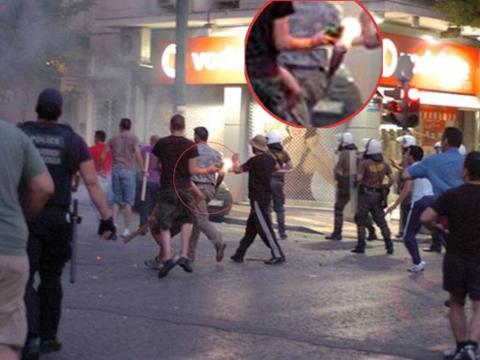