Some 50 students occupying the presidential administration offices at Rennes II University were evicted by CRS riot police. There do not appear to have been any arrests.

The students are protesting against a raft of measures designed to 'reform' the university system. Students see the loss of bursaries, academic independence and the loss of what self-determination that they have.

Rennes II was one of the first universities to go out during the anti-CPE struggle last year and was one of the key battlegrounds. Unsurprisingly one of the proposals that the students were protesting against was the establishment of a 150-200 strong campus security force. An innovation openly designed to cut down on the embarrassing need to call in the police when students protest. It goes without saying that this force will not be paid for by a budget increase, so students will lose resources to pay for their own oppression.

An AG was held and a motion was passed protesting against these 'reforms' the refusal of the administration to recognise the referendum led to the occupation.
A demonstration has been called for on campus tomorrow.

There has been unrest at many French universities: Rouen, Nanterre, Lyon, La Sorbonne, Grenoble to name a few, although there has been nothing like last year's movement.

A statement issued by a group of General Assemblies, aimed at analysing the movement and helping it to progress. 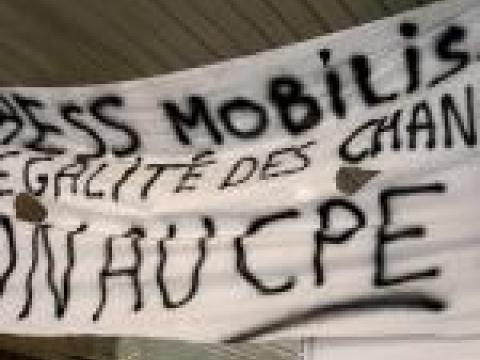 Statement from an occupier of EHESS

A statement by one of the participants in the occupation of the Paris university EHESS, which was broken by police this morning.