300 block lines to protest at cuts in local train services

The plan to introduce obliging workers to maintain a minimum service during public transport strikes has been taken as an attack on the right to strike by workers and unions.

There have also been strong indications that if the government can establish a minimum service law for the transport sector then it will be introduced for other public and private services. François Fillon, has stated that if the law works it should be altered to include: "other public services, notably education"

The government has defined transport services as "any company or government organisation entrusted with a mission of public service for the regular transport of passengers who are not tourists." Air transport is currently excluded.

At the same time as laws on minimum service are being brought in there have been demonstrations and line blockages after the SNCF decided to cancel services to smaller stations. For all management's talk of protecting the public it is clear that providing a service to the public is not a priority.

The main attack on workers is the requirement for each individual to declare themselves as a striker 48 hours in advance of any strike or be subject to disciplinary action.

In addition unions must notify the company in advance of any plan to issue a notification of strike action.* They may not make an official notification of strike action until after the failure of negotiations. Negotiations must take place within a framework agreed before the law comes into effect on January 1st 2008. Another attack on the right to strike is the stipulation that in no case must workers be paid for strike days.

The law attempts to divide workers by making provisions for scabbing and after a week of strike action the employer or the union may call a meeting to vote on whether strike action will continue. This vote will be conducted by secret ballot rather than a show of hands. In France strikers usually hold a vote every day on whether to continue the action so this rule is for the benefit of employers.

Management plans
The head of the national Rail company (SNCF) Anne-Marie Idrac, said that the legislation would be a culture shock for the organisation. She also outlined a fall in worker activity claiming that work days lost per worker had dropped from 0.7 last year to 0.13 for the first six months of this year. She has announced €100M cash injection and the hiring of 1000 extra workers as a potential sweetener for the deal.

Union responses
CGT – CFDT – FO – CFTC – SUD-Rail – UNSA – CFE/CGC – FGAAC have all made a unified declaration that the right to strike is in no way negotiable.

SUD Rail and FGAAC announced after a meeting with the government that workers would systematically give notice of strikes in an attempt to subvert any legislation.

Rail unions are calling for demonstrations on the 31st when the law is due to be voted upon, with mass action planned in Paris itself at the National Assembly with local rallies across the country.

Jean-François Copé, president of the UMP deputies, said "In the case of strikes in is necessary to ask whether primary schools will close"; the focus has been placed on the 'reception' of children during strikes, although this seems to imply either removing the right to strike or forcing teachers to baby-sit their pupils while not actually teaching them.

A group of teaching unions FSU, Unsa Education, SGEN-CFDT, FAEN, FERC-CGT) plan to spell out plans for their response at meetings in August.

*Currently management must be notified, by one or more unions, 5 days in advance of any strike in public services. There strike must have a reason and this must be connected to professional concerns.
Private workers are not subjected to this restriction but for a strike to be lawful the employer must have been offically made aware of workers' demands before the strike begins, although they are not required to inform the employer in advance of strike action itself. 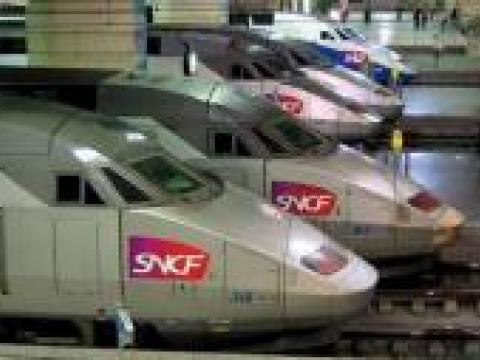 Job losses, worksened working conditions and fear of privatisation led to strikes across France on Wednesday.