Lorraine Perlman's description of Fredy's reaction to his former friends - whose 'break' with him was an attempt to prove their ideological conformity as a necessary condition of entrance into the Situationist International.

...Militants from Europe also visited us in Kalamazoo. One of them, Roger Gregoire, stayed with us for several months, working with Fredy on an account and evaluation of experiences the two had shared in May and June 1968 while members of the Citroen Worker-Student Action Committee. The resulting 96-page history and analysis was printed in the spring of 1969. Roger also participated in and observed local actions; and he furnished printing skills for some numbers of the Black & Red periodical which had been launched in September 1968. [p.49]

[Fredy Perlman & Roger Gregoire were subsequently to fall out with one another] :

In 1969 Roger Gregoire and Linda Lanphear had gone to Paris intending to continue collaborating on Black & Red projects from there, but they were soon concentrating their attention on the Situationist International (SI), exposing the ideological differences between French leftists and the SI, an organization they were eager to join. Some of Black & Red's earlier activity in Kalamazoo did not conform to the exacting Situationist principles, and certain ideological guardians of the SI viewed askance the openness of the current printing project in Detroit. According to the ideologues, the most essential political task was to clarify differences between Situationist theory and the perspectives of other leftists. Past association with non Situationist activists would have to be repudiated before Linda and Roger could be considered worthy of admission to the SI's inner circle. If past errors were acknowledged and if the confessions conformed to the SI's requirements, the gatekeepers held out hope that Roger and Linda could become participants in the "international revolutionary movement," namely, become members of the SI.

Roger's and Linda's repudiation of past errors took the form of long letters addressed to Fredy but submitted to SI officials as proof of their current convictions. In the letters they reproached Fredy for associating with people in Kalamazoo who lacked even the slightest knowledge of the Situationist critique; the letters pointed out that by printing Radical America in Detroit he was continuing his incorrect practice. They urged him to recognize the flaws of Kalamazoo associates, to break off relations with Radical America as well as with all Detroiters who had conventional leftist views and to make the break public by composing, printing and distributing an open letter in which his repudiation would be unambiguously stated.

Fredy was deeply hurt by the letters and disappointed in his friends. He was hurt because the Kalamazoo collaboration had been so congenial; Fredy considered the printing projects and the university interventions to have been exemplary acts. The letters distorted what Fredy considered the reality of their shared activity. He was disappointed in his friends' willingness to humiliate themselves; it was their past they were denouncing as well as his. He had expected them to carry out autonomous projects in Paris, similar to ones they had creatively defined in Kalamazoo. Their letters made him question if the past activity of these individuals had really been so admirable if they could now be accepting purges and advocating ideological purity.

Outrage was another of Fredy's responses to the letters and the one that permeated his reply which began:

Dear Aparatchiki,
Your recent letters would have meant much more if a carbon of one and the original of the other had not been sent to a functionary of the Situationist International as part of an application for membership. The logic of your arguments would be impressive if it had not been designed to demonstrate your orthodoxy in Situationist doctrine. The sincerity of your "rupture with Fredy Perlman and Black and Red" would be refreshing if it had not been calculated to please a Priest of a Church which demands dehumanizing confessions as a condition for adherence. You're a toady.

The odor is made more unpleasant by the fact that you chose to approach the Situationist International precisely in its period of great purges (Khayati, Chasse, Elwell, Vaneigem, Etc.). Some people joined the Communist Party precisely at the time of Stalin's great purges.

In a later paragraph Fredy turns one of their complaints against him into an attack on the S.I. :

[i]n your letters you refer to my avoidance of the problem of Organization. You're wrong. I avoid being sucked into organizations of professional specialists in "revolution"; apparently you desire to be sucked in. We disagreed about this in Kalamazoo as well, but with this difference: you did not at that time demand unanimity as a basis for working together. To avoid being sucked into such organizations is not the same as to avoid the problem of being sucked in. Unfortunately, seen through the 3-D glasses you're wearing today I'm again missing the point. I'm talking about all other bureaucratic organizations, not about the Situationist International. Its bureaucrats aren't bureaucrats. Its purges aren't purges. Its ideology is not ideology: it is practice; whose practice? the anti-bureaucratic practice of the proletarians; this is the practice that justifies the intimidations, insults, confessions, purges which are necessary to keep the Coherence coherent. This Organization is unique: unlike all the Stalinist Parties, unlike the Second, Third and Fourth Internationals, the Situationist International is itself the world revolutionary movement, so that one does not apply to Verlaan for membership but for "an autonomous positive existence within the international revolutionary movement" (your letter to Verlaan).

The break with Linda and Roger made Fredy even more skeptical that a shared ideological perspective was in itself an adequate basis for undertaking common projects, and it made him decidedly unreceptive to alignments with adherents of Situationism. (...) (pp. 71-73.)

From Lorraine Perlman's personal biographical remembrance of Fredy; Having Much, Being Little - Black & Red (Detroit), 1989. 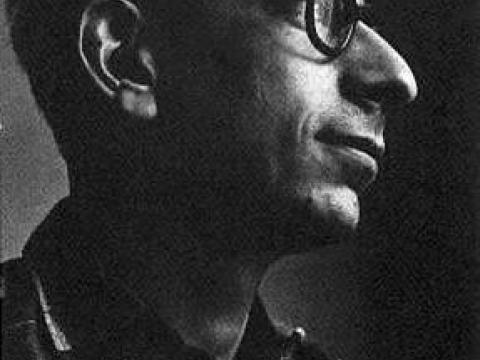 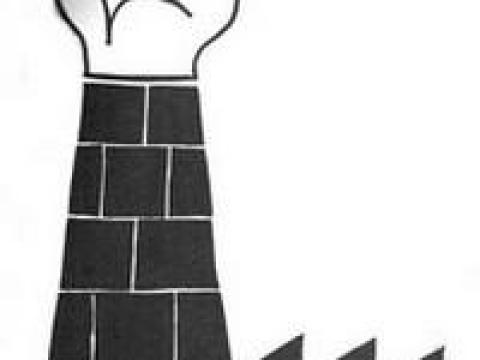 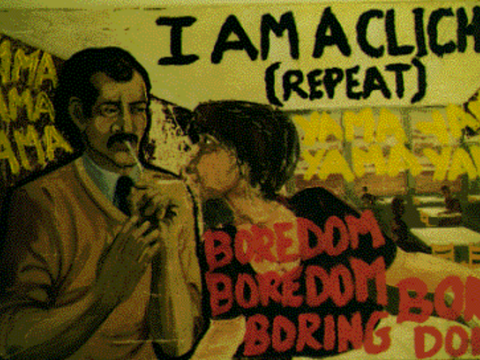 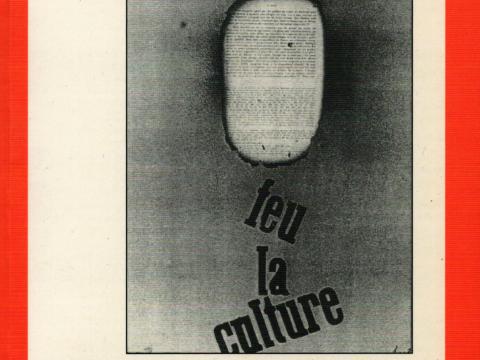 Summer 1998 issue of The Raven, with features on Paris May 1968 and other events of that year.