Free cities: communalism and the left

The last collection of essays written by Murray Bookchin before he died.

Editor’s preface: Creating Free Cities
Introduction, by Murray Bookchin
The Ecological Crisis and the Need to Remake Society
Nationalism and the ”National Question”
The Historical Importance of the City
Anarchism as Individualism
Anarchism, Power, and Government
The Revolutionary Politics of Libertarian Municipalism
The Future of the Left
Toward a Communalist Approach

Excerpt from the preface

The “Introduction” is cobbled together from notes that Bookchin gave me November 2005. When we were discussing this project, I told him that I would love to have him write an introduction to this book, as his earlier essays on libertarian municipalism needed contextualization in light of his recent break with anarchism. He then revealed that he had already started drafting such an introduction, and passed along to me his draft, along with a draft for a separate essay he had recently started writing. Both these drafts were in a woefully unfinished state, almost notes, and we agreed that they had to be focused to fit this specific anthology. To ease my work, I suggested we use the drafts in combination with a short piece Bookchin had written to introduce a recent Swedish anthology of his writings – a suggestion he approved. I have thus extracted the core message of his drafts and spun them around the existing Swedish introduction. By further distinguishing his communalist approach from Marxism and anarchism, and by emphasizing the profound historicism of these ideas, I think this piece constitutes an appropriate introduction to the present anthology.

The next essay, “The Ecological Crisis and the Need to Remake Society,” brings us directly to some social ecological conclusions on political radicalism, and situates the remaining essays in the context of social ecology. I chose this essay because I find it to be an accessible leadin to libertarian municipalism as a social ecological politics, in relation to the impending ecological crisis that besets us. I also like the fact that it briefly touches on Bookchin’s criticisms of other radical tendencies in the ecology movement, criticisms that have made for defining debates. This essay was originally published as “The Ecological Crisis, Socialism, and the Need to Remake Society,” in Society and Nature 2, no. 3 (1994), and has been edited only slightly to fit this anthology.

“Nationalism and the ‘National Question,’” written in March 1993, was first published in Society and Nature 2, no. 2 (1994). It has long been one of my personal favorites among Bookchin’s essays, and I am happy to include it here as it gives a solid historical argument not only against statism but also against nationalism. In this essay Bookchin explores the Left’s historically ambivalent relationship to the “national question,” and contrasts his ideas of municipalism and confederation to those of nations and states, precisely by the universal principles of democracy and human solidarity. The succinct “Nationalism and the Great Revolutions” was originally published as an addendum to the preceding essay, highlighting the universalistic spirit of the Enlightenme Bookchin’s arguments against nationalism and statism are taken further in the next piece, which I have called “The Historical Importance of the City,” and which consists of excerpts from a longer polemical essay “Comments on the International Social Ecology Network Gathering and the ‘Deep Social Ecology’ of John Clark,” written in September 1995 and published in Democracy and Nature 3, no. 3 (1997). Here we are given forceful arguments for the civilizatory and humanizing aspects of the emergence of the cities – the tendencies that libertarian municipalism ultimately wants to recover and expand. I told Bookchin that I had long wanted to highlight some of the main issues in his polemics with John Clark, and I specifically suggested these excerpts. Frustratingly, many of his political adversaries have tended to deflect attention from the real ideological questions at stake; by including these excerpts, I hope to offer the basic yet crucial arguments. I suggested to Bookchin that I include this abridged version, but would not want to suggest that this version is better than the original, only that it better serves our purpose here. Neither would I want readers to ignore the fact that every sentence in this essay is meant as a direct or indirect criticism of Clark’s position. Readers are strongly encouraged to read the polemic in full, which relates more directly to the actual points of contention and contains other important discussions as well.8 Other essays from Bookchin’s 1990s debates with anarchists are certainly also of interest, as they often give different emphases and nuances to his political ideas.

The 1990s debates over the nature of anarchism alienated Bookchin from the contemporary anarchist movement. Unfortunately he wrote no fundamental essays that explained his conclusions in great detail, although in retrospect we can see how Social Anarchism or Lifestyle Anarchism initiated his break with this ideology.9 Many of the features of “lifestyle anarchism” that he criticized were ones that he later concluded were symptomatic of anarchism as such. Murray explained his reasoning in a letter to Peter Zegers and the editorial board of Communalism (in November 2001), in which he considers even the more social forms of anarchism to be basically egoist. He also developed some of these ideas in a letter to Hamish Alcorn, written on July 30, 1999, just before his public break with anarchism. With Bookchin’s permission I have structured the essay “Anarchism as Individualism” around these two letters, incorporating as well some unpublished material from “Toward a Communalist Approach” and an early version of “The Communalist Project.” Despite its brevity, I think this essay may shed light on Bookchin’s reasons for breaking with anarchism – the political ideology with which he had been associated, and of which he had been a major representative, for four decades.

The next essay, “Anarchism, Power, and Government,” is based on the appendix Murray wrote to “The Communalist Project,” which he called “Anarchism and Power in the Spanish Revolution,” published in Communalism, no. 2 (November 2002). I have expanded it with excerpts on the same subject originally from “The Future of the Left” and “Toward a Communalist Approach.” As these essays were written around the same time and brought up very similar issues, I have knitted similar passages together. As such, I think this short essay contains one of his weightiest arguments against anarchism, focusing particularly on its inability to deal with real-life problems in periods of social change and revolution.

The two preceding essays make an interesting contrast with “The Revolutionary Politics of Libertarian Municipalism.” Written as a video-transmitted speech that Bookchin presented to the First International Conference on Libertarian Municipalism, held in Lisbon in 1998, it was one of his last attempts to present his political ideas as a direct extension of the anarchist-communist tradition. Here he tries to uphold the classical anarchist preference for communes, revolutionism, and federations, in order to rework and refine these ideals for changed social conditions: The speech was titled “A Politics for the 21st Century.” I have removed dated references and some parts that overlap with the other essays included herein. I have also tried to update the essay according to Bookchin’s expressed wishes, making minor changes concerning his ideological drift from anarchism to communalism, without changing any of its basic content. After this speech Bookchin gave up on his attempts to influence the anarchist movement from within, and, at the Second International Conference in Vermont the following year, he broke openly with anarchism as a theory and a movement. This essay contains his last important evaluation of the anarchist tradition from within, trying to emphasize its revolutionary, democratic, and socialist character. He later considered his efforts to have been an utter failure. Where he had earlier attempted to expand the federalist, cooperative, and municipalist trends within the anarchist tradition, he now tried to bring those valuable contributions into a new theoretical framework unburdened by the anti-social, anti-intellectual, and antiorganizational tendencies with which anarchism has always struggled.

The next essay, “The Future of the Left,” is in my view the jewel of this collection, tying all the other pieces together and giving this anthology its necessary coherence and breadth. Here Bookchin assesses of the state of radicalism at the turn of the twenty-first century – not only the radicalism of the contemporary resistance against “globalization,” but radicalism going back to the interwar period and twentieth-century revolutionary experiences. He takes a remarkably detached, yet engaged, look at traditional radicalism and its basic premises, specifically analyzing trends in Marxism and anarchism. Bookchin often spoke of this essay and finally showed it to me at our November 2005 meeting. The manuscript he handed over to me to edit had been written in December 2002. It was still unfinished (it actually ended mid-sentence) but was remarkably consistent in its reasoning. Although I have edited the essay, nothing of substance has been omitted, and though it broadens the focus of this anthology far beyond the collection of “strictly political” writings I had intended, it is this piece that contains Bookchin’s most mature ideas. It is fully communalist, posing a set of challenging questions for our generation of radicals to consider, and even as a stand-alone essay it gives this book a scope that stretches far into the future.

We close with an essay that Bookchin wrote for Communalism. Originally written in July 2000 as “Communalism: An Overview,” it was supposed to be revised for publication, but instead Bookchin wrote a completely new essay that ended up as the masterfully composed and theoretically challenging “The Communalist Project.”10 Even though the “Overview” essay was thus superseded, it contained so many interesting aspects that I always felt it deserved to be published in its own right. As a matter of fact, Bookchin himself returned to it in June 2003 and made some significant updates, and I have since taken out all the parts that overlap with “The Communalist Project.” I think it is of great interest, not because it is a definitive exposition of communalism – it is not – but rather because it is so suggestive of such an exposition. In this essay we see Bookchin still struggling with his ideological break with anarchism, framing his presentation almost entirely as a polemic against prevalent anarchist notions – unlike “The Communalist Project” and “The Future of the Left,” which stand out independently as a challenging ideological testament.

Taken together, the essays in Free Cities represent Bookchin’s most recent ideas, particularly on political and ideological issues. In my view this anthology offers both a good introduction to his political ideas as well as solid overview of his communalist approach. Not only does it contain much previously unpublished material, it helps explain ideological issues that remained unresolved at his death, particularly concerning his ideological break with anarchism. It will be easy for readers familiar with Bookchin’s writings to see how his distinct political ideas are educed from his broader theory of social ecology. For Bookchin, to advance libertarian municipalism meant to defend and build upon the ideals of the Enlightenment, which he considered the greatest tradition of social development. Based on communalism and social ecology, libertarian municipalism is a fundamental attempt to define a political humanism and to formulate and create a rational society.

These essays are my final assessment of some 80 years of social reflections on the twentieth century. 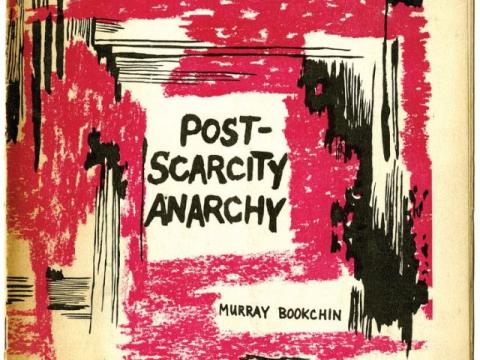 This is a reading of the essay/pamphlet entitled Post-Scarcity Anarchism, not the book by the same name. 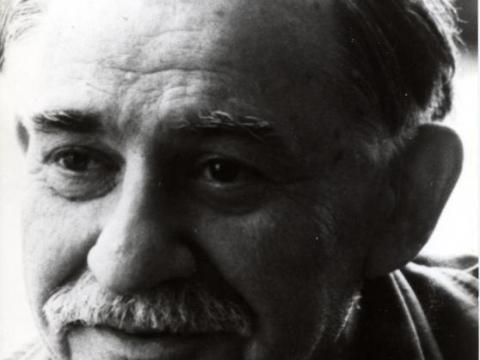 An essay in which Murray Bookchin outlines his ideal system of food cultivation and criticizes the existing, capitalistic system. Appeared in… 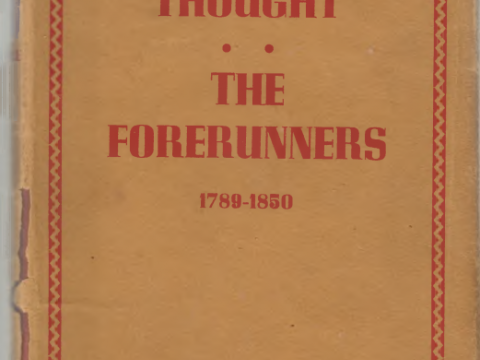 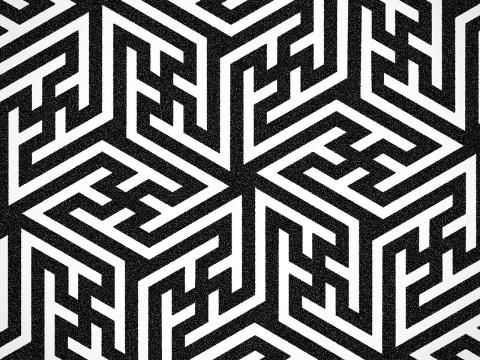 An examination of third position/cryptofascist/eco-fascist infiltration into the…