Cities and rural towns across South Africa were shut down today as the new South African Federation of Trade Unions, which is independent of the ruling ANC, and driven by the militant National Union of Metal Workers, held a successful general strike. The strike was strongly supported by popular organisations organised outside of the factory floor, such as Abahlali baseMjondolo. It is being understood as a clear indication that the ANC has lost its hold over the organised working class.

R20 an hour is an insult, say marchers

Thousands of workers from the SA Federation of Trade Unions (SAFTU) marched in several cities on Wednesday calling for a higher minimum wage.

They are demanding a minimum wage of R12,500 a month instead of the R3,500 a month (R20 per hour) which has been proposed. Workers also protested against proposed changes to the law on strikes and to the increase in VAT.

In Johannesburg workers gathered at the Newtown precinct and marched to the Premier’s office, and the offices of the Department of Labour and the Gauteng Department of Social Development. Unions included the National Union of Metalworkers of South Africa (NUMSA), the General Industrial Workers Union of South Africa (GIWUSA), the National Union Of Public Service and Allied Workers (NUPSAW), the South African Liberated Public Sector Workers’ Union (SALIPSWU), the Information Communication and Technology Union (ICTU) and Simunye Workers Forum.

Unions from the Federation of Unions of SA (FEDUSA), the National Council of Trade Unions (NACTU) and the Congress of SA Trade Unions (COSATU) did not join the strike.

NUMSA spokesperson Phakamile Hlubi-Majola said the unions who did not join the strike were saying that “workers must settle in their poverty”.

“COSATU leadership is telling us that half a loaf of bread is better than no bread. But we are saying that is not good enough. We are demanding a decent living minimum wage”, said Hlubi-Majola.

SAFTU general secretary Zwelinzima Vavi urged the crowd to maintain discipline. “There are stories that say this strike will turn violent but today we will prove them wrong”, he said.

In Cape Town, thousands of workers marched from Keizersgracht Street to the Civic Centre and Parliament.

Businesses closed their doors as workers and supporters sang and danced down the streets on the way to Parliament. Police escorted the procession on foot and in cars.

“Viva SAFTU!” the crowd sang as the sea of red shirts flooded down the streets.

“I have six kids and I am a single parent,” community care worker Kanyisha Mendela said. “I have two kids who are going to tertiary level next year. Where am I going to get the money?”

Security worker Ntombozuko Bomba, who makes R4,000 a month, said the proposed minimum wage was too low because though he made more, his pay was still inadequate. “Our boss gets R16,000. We can go two months without getting paid because they say they don’t have the money,” Bomba said.

Addressing the workers, Numsa president and SAFTU representative Andrew Chirwa said the R20 an hour minimum wage was unacceptable. “People who are propagating that wage are themselves swimming in riches. They don’t know what R20 is worth. Our government has decided to legalise poverty by introducing a wage of R20 an hour.”

Chirwa said the other reason for the strike was to stop employers from conniving with the government against workers. “The employers want to give power to the Minister of Labour to allow or ban strikes. They want to force all of us to vote before a strike and the ballot will be supervised by the Department of Labour — the same department that is not helping workers. Workers are dying of maltreatment but the Department of Labour is doing nothing to stop it. Those who sit in government offices making laws against workers are our enemies.”

The memorandum was handed over to Mzimkhulu Papu of the Department of Labour.

In a statement released on Tuesday, FEDUSA said organised labour initially proposed R4,500 a month but had to bring it down to R3,500 during negotiations so that business would buy in.

“FEDUSA remains fully cognizant that the proposed R20 per hour, translated to R3,500 monthly, is not a living wage, but a minimum wage, recommended for 47% of workers currently earning less than R20 per hour”, the federation said.

COSATU also released a statement, on Monday, saying that the R20 minimum wage would be the foundation of a living wage.

“The minimum wage will be a huge achievement that will see wages rise for the 47% of workers (6 million), who earn less than R20 an hour currently”, COSATU said. 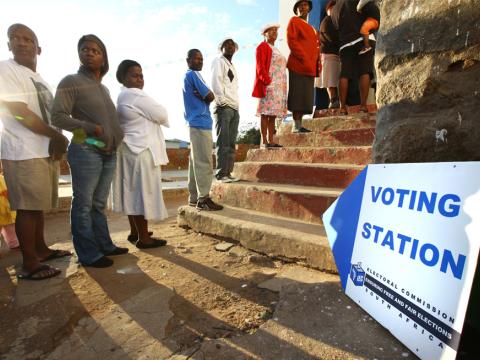 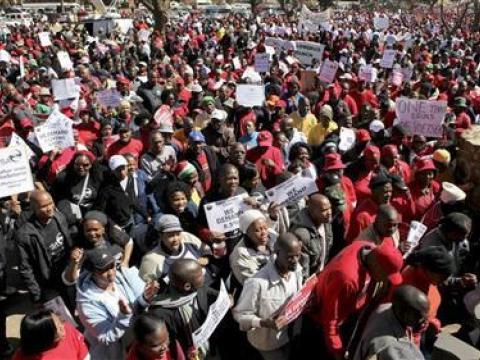 Miners in South Africa plan to join the massive public sector strike that has already crippled the the government in recent weeks. 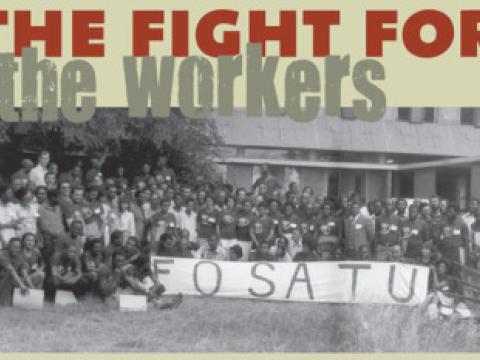 The 'Workerist-Populist' Debate in South Africa in the 1980s