Francesco Puglisi and Vincenzo Vecchi, the two of the’Genoa 10′ to receive the most severe sentences for crimes of “devastation and looting” – 15 and 13 years – are untraceable since Sunday, the same day Genoa’s Supreme Tribunal ordered them to be incarcerated.

Another two, Alberto Funaro and Marina Cugnaschi, were immediately imprisoned. Ines Morasca, sentenced to 6 years and 6 months, had her prison sentence suspended due to parental duties (she has a very young child). The remaining five, as mentioned in my previous article, have been granted right to appeal against some of the charges and will have to find evidence that they carried out crimes of “devastation and looting” as a result of the influence of the ‘mob mentality’ around them.

Over the last few decades a new “political culture”, by some portrayed as “progressive”, has made its way into Italy. Its mottoes and slogans are banal and conservative: “defend legality”, “act within the law”, etc. Various political groups and parties claim that only people without any conviction have the right to get involved in politics and be given public offices. According to this “culture”, our comrades who have been recently sentenced should be forever kept away from social and political movements…?! How can the same twisted minds be in favour of changing the rules and at the same time have respect for those same rules that need to be changed?! The recent victims of State repression fought to change the “law”, and in doing so expressed the foremost and highest of all “public” rights, that of free expression. Why should they now be expelled from the political life? Should Aung San Suu Kyi have been prevented from running for the elections just because the State she lives in had labelled her as “illegal” and imprisoned her for years?

During Berlusconi’s government, and with the complacency of current Prime Minister Monti, several important laws relating to money-laundering, working rights, etc, were abolished. Just because someone decided they weren’t “legal” anymore. During the Fascist regime, the abhorrent racial laws were classed as “legal”. This fetishisation of the law needs to be looked at from a fresh perspective; only then can we see it: law and justice never correspond. Actually, the first is often a negation of the latter.

Addresses to write to Alberto Funaro and Marina Cugnaschi:

“Despite everything, brother, I really hoped I would hear you smile tonight…on the contrary…it wasn’t enough that they judged your murder a lawful murder. After 11 years, they still wanted some more lives. And not the lives of those who murdered, tortured, battered, or the lives of those who ordered the beatings and covered them up. Once again, they’ve taken the lives of our comrades, of our brothers and sisters. They called a few broken windows “devastation and looting”; some of those windows – maybe – broken by the Genoa defendants. They called the coma, the broken bones and teeth, the blood, the tortures and the threats “false evidence” – all of those caused by the same police forces they didn’t even want to identify. They judged it was all legitimate: the hole the bullet made in your head, the devastation the defender made on your body, the wound a rock made on your forehead, while you were lying on the ground among dozens of boots, when your heart still screamed. They judged it was legitimate to loot your life, and today the looting of more lives”. (Full statement released by Elena Giuliani, Carlo’s sister, in support of the 10×100 campaign). 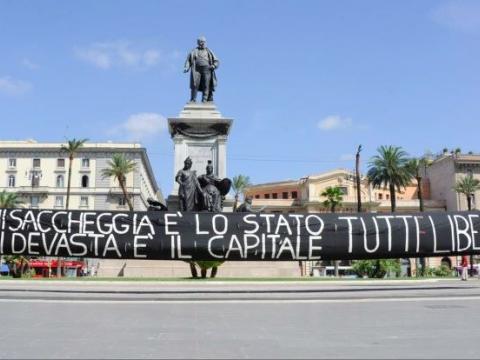 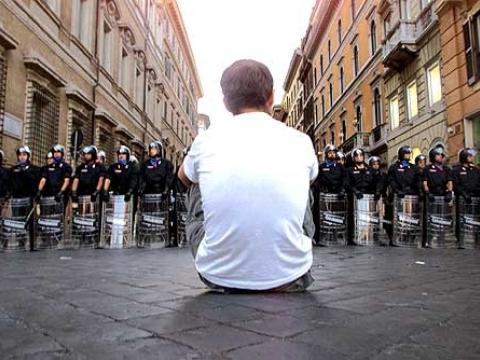 Translation of a painfully beautiful article written by fellow blogger psikosomatica. The original in Italian can be found on her blog. Thanks… 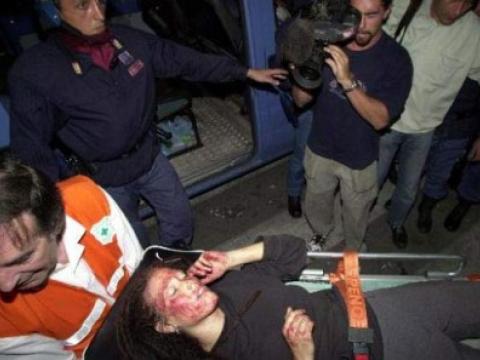