The student storming of the Tory headquarters in London was a spontaneous, mass action, proving the complete irrelevance of ‘student leaders’.

From the start of Wednesday’s march, it was clear that this wasn’t your average NUS demo. People refused to be corralled in barriers, breaking them open to take both sides of the street. Large groups of students marched away from the prescribed route, and there were clashes with police at the Department for Business Innovation and Skills.

But it was at the Tory headquarters that the anger really found itself. Thousands of people entered the courtyard, fires were lit, flares were let off, and everyone pushed towards the building. It was only the force of these thousands pushing forward that made it possible to break police lines and get in through the door.

After about forty people had managed to get in, those outside started to break the windows. Every smash was met by a loud cheer from the crowd, making it clear that these were not isolated actions but an expression of the rage of the thousands who were there.

When the windows finally broke open, the crowd surged forward, filling the foyer with people. From there, some took to the stairs, rushing to the roof, led by no-one and moving together.

Those involved were not reducible to some ‘type’, but were thousands of students from Further Education colleges and universities across the country, fighting together for the first time. This show of spontaneous strength from a mass of different people can only be repeated again and again in other struggles across the country in the months to come.

Meanwhile, NUS President Aaron Porter was denouncing what happened as ‘despicable’, saying that a perfectly nice demonstration had been ‘hijacked’ by a ‘small minority’.

If students didn’t know what side the NUS was on before, then they did now. We must thank Mr Porter for doing a very good job of making it clear just how irrelevant his union is.

And even those ‘student leaders’ who got on the telly purporting to represent those in the building have proved themselves to be completely disconnected from what happened. Rather than defending the forced entry into the building, one student union president argued that people went in because ‘the doors were open.’ Instead of saying why what happened was important in itself, they preferred to discuss the completely irrelevant issue of whether or not Nick Clegg keeps his promises.

While the mass of students are breaking through barriers, the ‘student leaders’ are stuck in some television studio with Jeremy Paxman. We should be more than happy to leave them there.

These ‘leaders’ will no doubt dream of the recent golden age of student demos, when people repeated tired slogans back to NUS megaphones, and union executives got a comfortable ride to the Labour party. But those days are gone. We now know our strength. And the NUS is not part of it.

Rather than defending the forced entry into the building, one student union president argued that people went in because ‘the doors were open.’

Because it's true, people went in - she was one of them - then the police formed a line, then people broke through that. 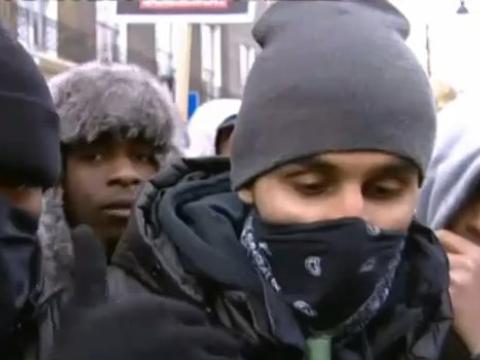 Rip-roaring markets and massive inequality - an interview with Paul Mason

Newsnight's engaged economics editor and author of Why It’s Kicking Off Everywhere, talks to Mute's…
Image 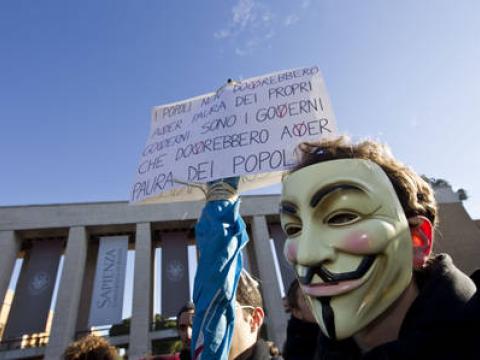 The Senate has confirmed today – The Gelmini reform will be discussed next Monday 20th December, the final vote will be on the Wednesday. Today…
Image 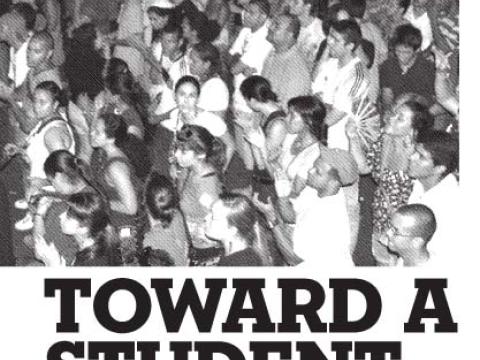 A pamphlet written a few years ago by a member of the New SDS who learned about student syndicalism from Quebec students, that meditates on those…