This guide covers some typical behaviour types a facilitator may come across in group or campaign meetings. We list the behaviour type, suggest a reason and some solutions to tackle the problem.

The heckler
One of the most common behaviours, the heckler is often aggressive, argumentative and gets satisfaction from provoking others. First off don't let him or her upset you - stay calm. Try to find merit in one of his/her points; express your agreement, and then move on to something else.

The one who won't shut up
Overly talkative often fall into one of four categories: an "eager-beaver"; a show-off; someone very well-informed who is eager to use their knowledge; someone just plain talkative. Some ideas to try and deal with this kind of person include, waiting until he/she takes a breath; then thank him/her and say something like "Lets hear from someone else." Try slowing the person down with a difficult question. If he/she makes an obvious misstatement of facts, toss the comment back to the group and let them correct the person. In general, let the group take care of him/her as much as possible, but often as a facilitator you will need to cut the talkative person short in their ramblings and move the discussion on.

The cynic
The cynic may have a particular problem with a certain issue, or may just gripe at random, for the sake of complaining. In some cases they may have a legitimate complaint. To try and make the meeting more useful try to point out that the purpose of the meeting is to find better ways to do things by constructive cooperation. In some cases, it may help to have a member of the group answer instead of you.

The silent one
People who don't talk in meetings may be bored, feel themselves superior to what's being discussed or maybe timid, shy or uncertain. While obviously its more productive if everyone chips in their opinion its worth remembering that if someone doesn't want to speak (for example at their first meeting) you shouldn't force them. Some things you could do to get quiet people talking are: arousing interest by asking directly for his/her opinion, asking for his/her view after indicating respect for his/her experience (but don't overdo this!) or compliment or encourage him/her the first time he/she talks. But most importantly work to foster a non-intimidatory atmosphere in meetings where everyone feels equal and valued.

The egos
Its not always that debates get to heated or the people are egoists, sometimes people's personality's just clash and they don't get along. To calm things down try to compliment the individuals on their enthusiasm and participation, but ask them to focus on constructive solutions. Emphasise points they agree on. Work to bring the rest of the group back into discussion, by throwing them a question to balance things out.

The chatty couple
People having side conversations can sometimes be a problem in meetings, they may be commenting on the discussion, or may be having a personal conversation. Try reminding the person what you are meant to be doing, pointing out that there is a debate going on etc. You could try drawing them back into the meeting by asking an easy question and recapping what has just been discussed.

The one who is defiantly wrong
If what someone is saying is totally incorrect they may be confused about the issue or could have been misinformed. Tactfully restate what they were saying to try and show how it may be incorrect, or acknowledge their contribution but leave the debate open so as someone else in the group can provide correct information.

libcom.org 2005
This text is adapted from the original by the uhc-collective.

Subversion – the party’s over!

The dissolution statement of UK libertarian communist group Subversion, looking at their activity over the previous 10 years. 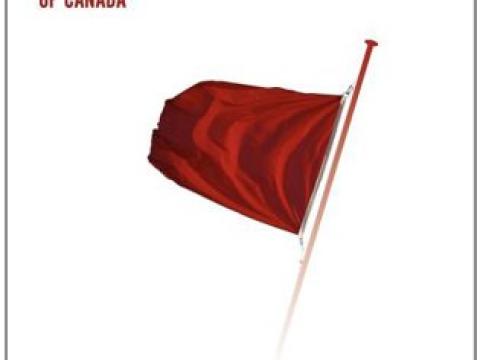 The impossibilists: a brief profile of the Socialist Party of Canada - Peter E Newell

A brief look at the Socialist Party of Canada, part of the World Socialist Movement. We disagree…