The Socialist Fulcrum
THE Socialist Fulcrum, originally Fulcrum, was first published in 1968 as the journal of the Victoria Local of the SPC. In 1975 it became the official English-language journal of the Socialist Party of Canada. It never achieved the success or the circulation of either the Western Socialist or Socialisme Mondial.
It was generally agreed that the standard of writing in the Fulcrum was high, and most of the articles interesting. Contributors as far afield as Peter Furey, in New Zealand, wrote for the journal, as did Sid Catt in Toronto. But a letter from Sid and Marie Catt, and Ray Rawlings, in Toronto dated July 22, 1982 which they sent to the Executive Committee of the SPC, and a report by Steve Coleman on behalf of the Executive Committee of the SPGB in September of the same year, to the Socialist Party of Canada and other socialist parties, details the problems among others of the Socialist Fulcrum.
The Toronto members discovered that, not only was the Fulcrum ”a spasmodic publication”, but that "more Fulcrums are sold in England than in Canada, when the reverse should be the case". They also mention the "exhorbitant cost of producing the Fulcrum. " Coleman notes that the SPC only prints between 350 and 300 copies of the Socialist Fulcrum per issue, at a cost of approximately 450 dollars. 500 copies of the 50th anniversary issue were printed, but this was untypical. Of the 350 copies of the previous issue, fewer than 300 were distributed. And of these, virtually no individual copies were actually sold in Canada. Coleman lists the distribution as follows:
Libraries (sent free): 75 copies
Subsribers (in Canada): 20
Bookshop (in Vancouver): 1
Winnipeg members: 5
Toronto members: 5
Victoria members: 5
SPNZ: 5 11
SPGB: 90
WSP(US): 5

Any idea of the author and/or date on this document?

I'd estimate between 1984 and 1990. Not sure about author but probably a SPGB member close to Coleman whose report is cited approvingly. 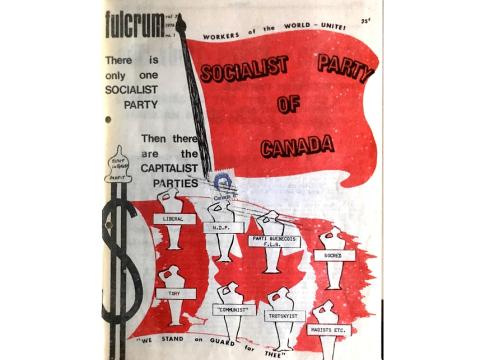 Socialist Fulcrum, published quarterly 1968-1984 was an official publication of the Socialist Party of Canada, originally of Victoria branch… 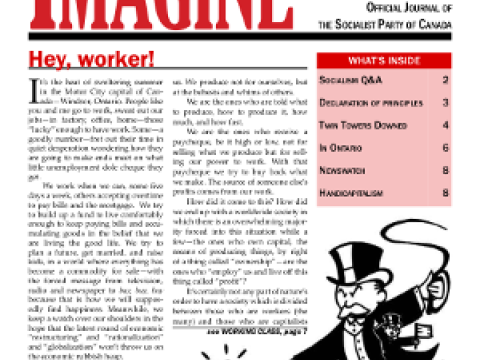 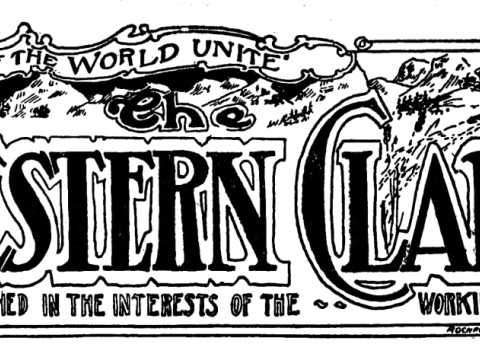 Western Clarion (1903-1925) was a newspaper of the Socialist Party of Canada. https://prolitca.wordpress.com/newspapers/the-western-clarion/ This… 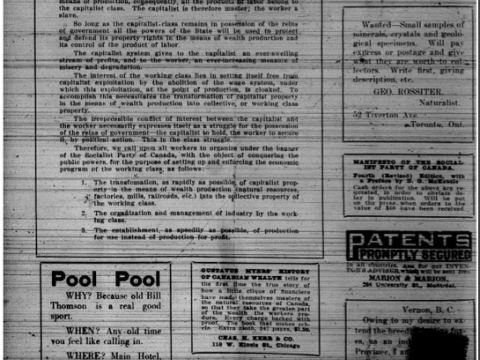 Platform of the Socialist Party of Canada