The Hungarian Revolt of 1956 - Peter Pallai

An account of the events of the Hungarian Revolt in 1956 from one of the participants, Peter Pallai who was a student demonstrator.

Transcript of the video

Well, my friends and myself, we were manufacturing various leaflets which we
stuck up on various parts of the town. And when I was walking home my dad was
waiting for me on the corner, and dad said to me, don’t come home because
they’ve been looking for you. Dad handed me a briefcase, in that briefcase was
a bottle of plum brandy, my pyjamas a toothbrush, five thousand forints. And he
said mother sends her love, go, don’t come back.

He said that we go Northwest, and there’s a huge barracks
building, used to be manned by the Hungarian border guard, now filled by
Russians which is practically straddling the border. He said there’s a regular
search light going round, its predictable how its circling, and we should try
to go as near as we dare to the Russian sentry, because there’s a North wind
that evening and if we approach them from the South their voices will be carried
to us, but we have to crawl.
I don’t know how long it took, I was scared out of my wits,
there were three of us and we crawled for god knows how long. And when we left
the Russian voices behind we stood up and started walking, and I did something
very melodramatic, something which I must have read in books but it came to
from the heart. On the last piece of Hungarian ground, I just kneeled down and
kissed the land, kissed the ground because I thought that I’ll never see my
parents again, I’ll never see my friends again, I never see my country
again.
And that was to be the fact for 28 years actually. It was a
feeling of broken hopes, it was a feeling of betrayal, it was a feeling of
there’s no justice in the world, the pointlessness of politics, the pointlessness
of doing anything. And the Russians can do anything they want to us.
Ed Butler:
Peter Pallai was among some 200,000 Hungarians who fled the country, he moved
to London becoming a journalist and worked at the BBC World Service. Thousands
of others died in the fighting or they were executed in the crackdown that
followed, among them Imre Nagy the President. It was to be another 33 years
before Soviet backed Communist rule was finally ended in Hungary. 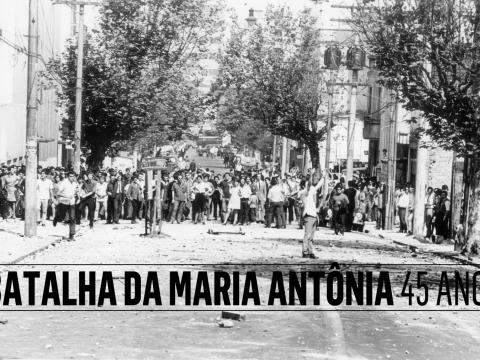 The Brazilian Dictatorship and the Battle of Maria Antônia