Intervention on the Filipino Mindpsace: Identity and Belonging in an age of Social Media

An introduction to post-situtationist theory for a Philippine audience.

Original Article by APS, originally published on his personal blog, and revised for Bandilang Itim.

Attorney Oli Reyes mentioned in a viral tweet how foreign youtubers were taking advantage of the Filipino need for global validation to garner more views—and therefore, ad revenue. But what is going on here? What does that mean for us as people? Does anyone care?

“Never attribute to malice what can be adequately explained by incompetence.”

I can’t really call what these content creators did as “incompetent”. Neither are they also likely to be malicious either. It’s not like there’s some weird cabal of Youtubers that go “Hey! This demographic is an easy mark”.

At least, I hope there isn’t. LOL.

Although the lack of intentionality behind this phenomenon might actually make it all worse.

Love him or hate him, Slovenian Philosopher Slavoj Zizek considers ideology as not just the amalgam of ideas and ideals, most especially today, as an unconscious process that serves as a series of justifications and spontaneous symbolic acts which support abstract authorities. We do things and follow certain social mores, all the while not seeing how it keeps things the way they are. People following a trend is just part of that.

“The whole life of those societies in which modern conditions of production prevail presents itself as an immense accumulation of spectacles. All that was once lived has become mere representation…”

“…The Spectacle is not a collection of images; rather, it is a social relationship between people that is mediate by images.”

— Guy Debord, “The Society of the Spectacle”, emphasis mine

When French revolutionary and artist Guy Debord wrote those lines back in 1967, he was talking about the Press, the Movies and the Radio. In the age of Vainstagram, Facestalk and that little annoying bird, it becomes more and more relevant. Watching foodbloggers cook instant ramen with melted cheese and barbecued pork bellies so you don’t have to. Seeing people travel to distant places to live vicariously through them. Feeling proud about your nation winning in the Olympics. Living the life of your dreams becomes a matter or sending “Likes” or sharing their posts on your own social media page. Living becomes a matter of consumption. Consumption.

Consumption. Brings up images of cows grazing out on pasture, don’t it?

Labels for the trees only benefit the logger.

The Spectacle, in the words of Debord, creates labels and “images” for us. The entire process of demand management depends on the management of demographics, which are in terms of The Spectacle, a social relationship that is mediated by images. Youtuber Peter Coffin words it cleverly in his video Somewhere to Belong:

“Instead we’re presented with an identity and a ‘community’ that keeps us on the path of consumption that we’re already on… It’s birthed ways to convince people not to band together in a meaningful way, painting the individual as the prime concern and authority—Ultimately preaching that the basis of community is the validation of the self.”

Like what Peter says later—validation in and of itself isn’t a bad thing. But the only validation that we will get from the current order is the kind that gets us to buy more. Watch more. Eat more. We get divided into these little cults of cultivated identities. And like crops and livestock, these identities are cultivated in order to be harvested later in some form.

Nation-States like the Republic of the Philippines are among the biggest culprits in cultivating identities for their own benefit. Historian and Political Scientist Benedict Anderson calls nations “Imagined Communities”. And not the kind that form because of shared interests, no. The kind that forms just because you happen to be born in the same place as the people who want to take advantage of you. This is especially true for the Philippines in that before the Spanish conquest, the inhabitants of what would come to be known as the Philippines lived in semi-autonomous communities that band together according to need. Although there was a proto-state formation in the case of the Kingdom of Maynila, but it was an outlier.

It served its purpose in building a united front against the Spanish, and then against the American and Japanese occupations. But in today’s fully-integrated global capitalism, the oppressive force is no longer a single nation of colonizers. It has become a network of centers of capital around what is known as the “Developed Nations”, The United States, Western Europe, Japan, and increasingly, China. Gone are the days of coming in guns blazing to suppress a native population to grab land and resources. They’ll go to your World Bank conferences and your United Nations meetings to do it for you! Nationalities have become nothing more than a useful illusion to get people to work together in the interests of a global elite. How else can you get people to lay down their lives to make a few rich perverts richer? “Serve your country!”

But, before I get misrepresented, this is not a call to a past “Golden Age” before global capital, before social media. This is a reminder to be more aware and vigilant about how our actions and patterns of consumption feed into the agendas of the ultrawealthy and ultrapowerful. The cat’s out of the bag and the bad guys have already taken over. All that’s left to do now is to weaken the structures that hold the dystopia in place. Unionize workplaces. Build communities. Find. The. Others.

A storm is coming and building the infrastructure needed to survive it with people that will have our backs is critical.

But we might be too busy watching rich foreigners eating Jollibee to do it in time.

A storm is coming and building the infrastructure needed to survive it with people that will have our backs is critical. But we might be too busy watching rich foreigners eating Jollibee to do it in time. 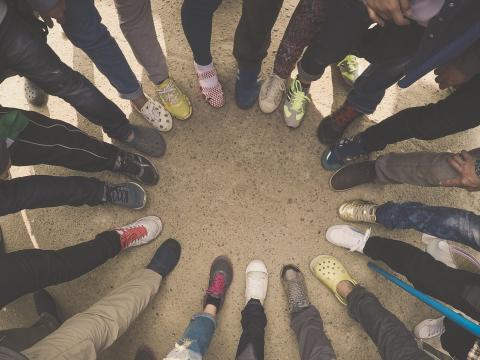 A guide on recruitment and vetting for your own affinity groups.
Image 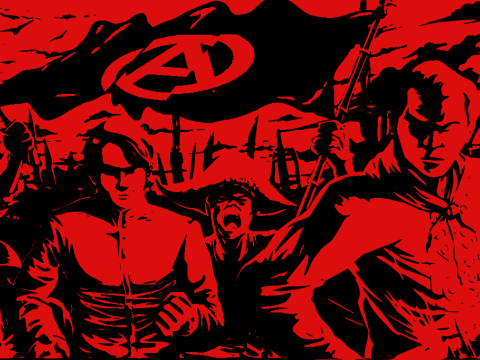 A Call to Arms

A libertarian and post-situationist manifesto for our current times.
Image 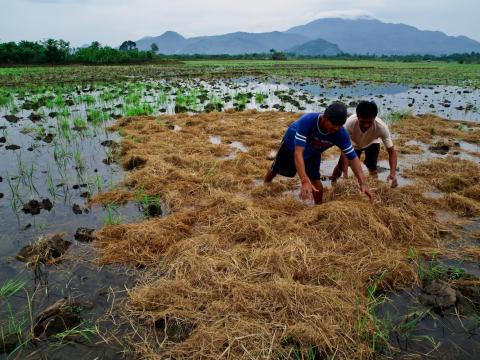 There is no “Natural Balance”

An introduction to social ecological thinking for a Philippine audience.
Image 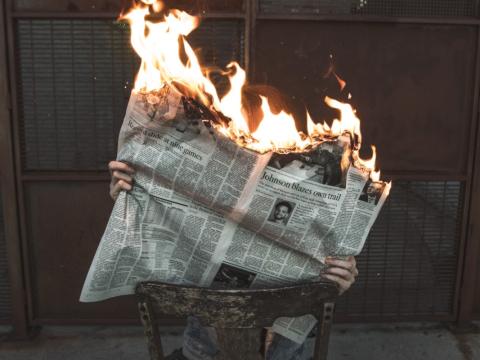