Health workers in Iraq have been on strike for higher wages over the past month across several areas of the country.

In Kerbala, health workers held a sit-in protest after their strike last week. The workers held the strike calling for a raise in salary, a reform to the wage system, and to repay those eligible for infection allowance. The protest was organised by the workers' council of Kerbala hospital.

In Nasiriya, health sector workers held four strikes and a sit-in protest in one month for the same demands put forward by health workers in Kerbala. The health sector strikes have spread to many provinces in Iraq, including Baghdad, Umara, Kut and Suleimania in Kurdistan. Infection allowances were discontinued after the invasion.

Edited by libcom.org from this update from the Union of Unemployed in Iraq http://www.uuiraq.org/english/244.htm 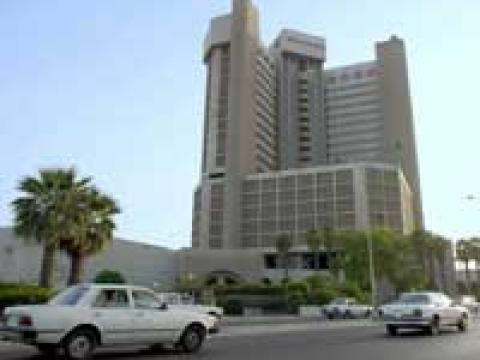 The workers of Sheraton hotel, Baghdad, went on strike for two days last week demanding their overdue salaries and other unpaid benefits.

Ewa Jasiewicz reports on Umm Qasr workers who have taken strike action and beaten up their boss infront of the Minister of Transport.