We are publishing this article to commemorate last year’s shooting in Yuendumu, shortly before the 5th year anniversary of the Sydney Long Bay Jail Killing, and for the 16th anniversary of the Palm Island Riots. Its content is largely reflective of these events and other deaths in custody. We wish to advise Indigenous readers that this piece mentions the names and stories of people who have died at the hands of the bourgeois state.

Indigenous Australians are thrown in prison more than any other group of people in the world. This comes as a result of capitalist oppression and exploitation, born out of imperialism — everything from racial profiling, forced assimilation, ethnic cleansing, and slave labour to the resulting wage-labour, low wages, high unemployment rates, poverty and intergenerational trauma. Around 450 Indigenous people have died in police, prison or youth custody since the 1991 Royal Commission. The leading cause of death is said to be ‘medical issues’ or ‘natural causes’, which is typically a result of negligence and urgent medical attention not being adequately provided. Other causes include self-harm, road accidents and falling from high places due to police pursuit, medical episodes or injuries from police brutality, and police shootings.(1) These numbers do not even account for people who survive the beatings and other mistreatment that police and prison officials inflict on them, and many kill themselves soon after release.(2)

In October 2019, in the remote Northern Territory town of Yuendumu, 19 year old Kumanjayi Walker was shot and killed by a cop named Zachary Wolfe – after he burst into Kumanjayi’s family home in the early hours of the morning. Wolfe is now the first cop in Australian history to be facing a murder trial for killing an Indigenous person in custody. He is currently suspended with pay, though we don’t think it would come as any surprise if he is acquitted or sees the charges downgraded.(3) After Kumanjayi’s shooting, around 1,000 people (out of a population of 25,000) marched through Alice Springs in protest and many more protests have taken place across the country since then.(4) In Australia, the recent global protests that were sparked after the death of African-American man George Floyd largely focused on Kumanjayi’s death and the death of an Indigenous man named David Dungay.

In 2015, David was killed in custody at Long Bay Prison in Sydney. He was 26 years old. David was diabetic and eating biscuits to help regulate his sugar levels. When he refused to stop eating the biscuits, multiple correctional officers pinned him down. Just like George Floyd, David’s last words involved crying out “I can’t breathe”. Officers repeatedly said in response that clearly, he must be able to breathe because “if you can talk, you can breathe”. Leetona Dungay, David’s mother, had to sit through her son saying these words over a dozen times on prison video before he became unresponsive, vomited, went limp, and could not be resuscitated.(5) Being crushed to death by state authorities has a long history. In England, between the 15th and 18th centuries, punishment by pressing was used against anyone accused of capital felonies who refused to enter a plea. The accused would then have the “option” of submitting or dying. Today, instead of stone or iron, and no longer used only for the official punishment of suspected capital felonies, law enforcement officers take pride in crushing those in state custody with their own bodies.

Of course, it is not only Indigenous men who are killed or otherwise die in custody. In 2014, 22 year old Indigenous woman, Ms Dhu, spent days complaining of severe pain. She was largely shrugged off as a “junkie in withdrawal”. Dhu died of a heart attack after the cops had told nurses that they believed she was faking her condition and after much inhumane treatment at their hands throughout the days prior. An autopsy found that Dhu had an infected broken rib, inflicted on her by her former boyfriend months earlier and the cause of her severe pain. Like many of the Indigenous women who have been locked up in Western Australian prisons and watch houses, Dhu’s arrest was the result of her being unable to afford to pay her fines.(6)

In the early morning of April 2019, in a case of “mistaken identity”, eight cops charged into the Perth home of Cherdeena Wynne. They knocked her around and slammed her to the ground, while calling her by a different name to her own. The cops left 20 minutes later, after finally checking Cherdeena’s ID. Their assault left her already fragile mental health in a distressed state though. It is said that after this, Cherdeena ran from her home and bumped into the police again; they proceeded to handcuff her until she soon lost consciousness and required CPR. The actions of these cops caused Cherdeena to slip into a coma and later die in hospital. Her injuries included a two-inch gap between two of the vertebrae at the back of her neck.(7) Two decades prior to Cherdeena’s death, her father Warren Cooper was found unresponsive; he had died in an Albany, Western Australia watch house.

These are only a few of the Indigenous workers who have died in custody over the past decade alone. Every person who has died at the hands of the state deserves to have their story told and their names known.(8) This is not possible for us to do here. Instead we have decided to highlight one major case from 2004 and the reaction it provoked. But first some background...

Great Palm Island (Bwgcolman), the largest in the Palm Islands group, is just 70km off the coast of Townsville in Queensland. On the island, unemployment rates are sky high, the average income is well below the poverty line, and with a current population of just over 2,000 people, around 90% of them are Indigenous. The shark-infested waters of this “tropical paradise’” led the state to deem it suitable as a prison. In 1918, it began to be transformed into an Indigenous reservation. Often the result of questioning their wages or practicing traditional languages or ceremonies, members from a wide range of mobs (tribes) across Queensland were shipped off to the island in chains and labelled as “troublesome”, “a wanderer”, or a “communist”.(9) The reservation was also used to house children from the Stolen Generations who had been ripped away from their mobs. The Island was used for these purposes until 1975. It is believed that its isolation and history has helped fuel the extent of the violence and repression that has commonly taken place there.(10)

On the morning of 19 November 2004, 36-year-old Senior Sergeant Christopher Hurley fatally beat 36-year-old Indigenous man Cameron “Mulrunji” Doomadgee. The cops had arrested Mulrunji for “public drunkenness” after pulling him up while he had been walking down the street, on his way to sell a mudcrab, happily singing “Who Let the Dogs Out?” and then questioned Aboriginal Police Liaison Officer Lloyd Bengaroo, allegedly saying “Bengaroo, you black like me. Why can’t you help – help the blacks?”.(11) Mulrunji died from his injuries in the bed of a police watch house cell within an hour of the beating. Similar to how African-American police officer Alex Kueng aided in holding down George Floyd as he struggled to breathe, Bengaroo was present and had overseen the whole beating.(12) But, of course, Bengaroo and the other cops present claim they did not hear or see anything.

A botched autopsy report from investigators, personally acquainted with Hurley, was released only a week after Mulrunji’s death. The autopsy claimed that his injuries were consistent with the police version of events, that he fell from a 10cm step. This quickly spearheaded protests and riots on the island, a crowd of over 400 people headed towards the police watch house and then proceeded to burn it to the ground – along with the courthouse, police barracks, and Hurley’s home. Hurley, his family, and all non-Indigenous residents were evacuated from the island. The Queensland Police ‘Service’ then sent in at least 100 heavily militarised officers who entered and searched homes, without any warrants, arresting occupants as young as 13.

Mulrunji’s 18 year old son Eric was found hanging from a tree two years later, one week before the release of an extremely delayed coronial inquest report.(13) This report confirmed that Mulrunji’s death was the result of the brutal injuries (including a split liver, ruptured spleen, broken ribs and a black eye) inflicted on him by Hurley.(14) Mulrunji’s injuries have been likened to those of road trauma victims and even to those of plane crash victims. In 2007, six months after Eric’s death, 24 year old Indigenous man Patrick Bramwell, who was arrested at the same time as Mulrunji and was traumatised by his beating, also killed himself. It is believed that Patrick was being hassled by police in an attempt to stop him from speaking in court as a witness.(15) Many Indigenous people understandably see Hurley as having taken the lives of all three of these young men. Hurley was acquitted of the manslaughter charges for Mulrunji’s killing in the months following Patrick’s death. He was also promoted to a job on the Gold Coast and received a payout of $100,000AUD for the damages to his house.(16)

In 2016, Lex Wotton (the man said to have lead the riots) was awarded $220,000 in damages after serving prison time and it then being discovered that the police were in breach of the Racial Discrimination Act. This paved the way for a class action lawsuit from all who were affected by the raids. In 2018, the Queensland government offered an apology and agreed to pay $30 million (between $5,000 and $80,000 per person, after legal fees) to the 447 claimants to settle things.(17) None of this money will bring back Mulrunji, Eric, Patrick, or anyone else who lost their lives due to this whole ordeal, nor will it undo the trauma many people still live with. It is also a fact that, as always, any apologies issued by the state are completely empty. It has now been 16 years since Mulrunji’s killing and the violence inflicted on the Bwgcolman people. But the violence towards Indigenous people and their deaths at the hands of the state have continued. As is the case with the repression and control that the police and other state institutions inflict on the working class in general.

While a disproportionate number of Indigenous workers die in custody, non-Indigenous workers also see their lives ripped away by prisons and police. Riots and other acts of social unrest may lead to bigger more organised actions, but they do not go far enough within themselves. They cannot bring about much needed revolutionary change to society. It is clear to us that, to free ourselves from this repression and violence, all workers, Indigenous or not, need to come together as a class, take up the communist programme and take down the entire capitalist system and its repressive organs. 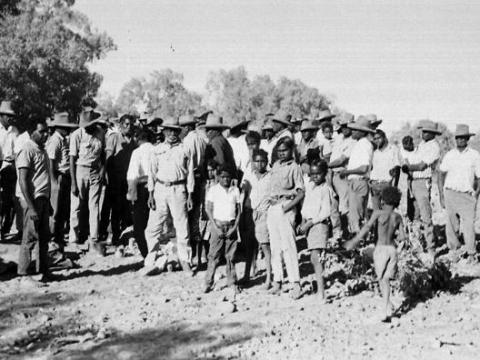 A short history of the Wave Hill, or Gurindji, strike, when aboriginal agricultural workers walked out for equal pay and then lodged a claim for…
Image 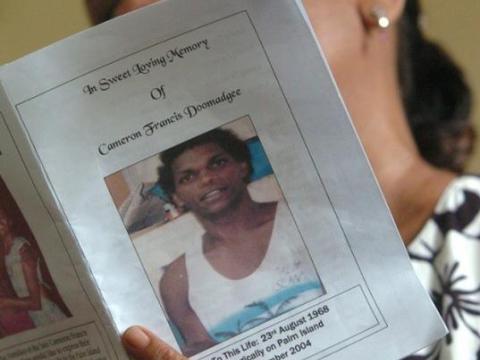 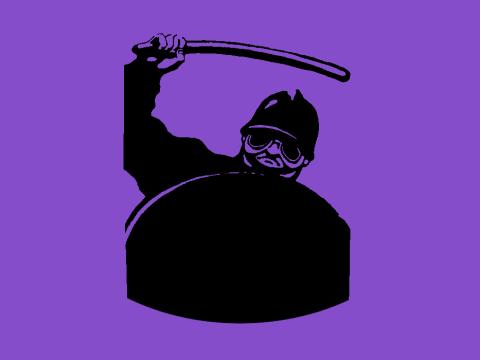 Prisons and Police Brutality: Last Line in the Defence of Exploitation and Oppression (Part I)

Although the issue goes well beyond the individual, it has been the brutality of…
Image 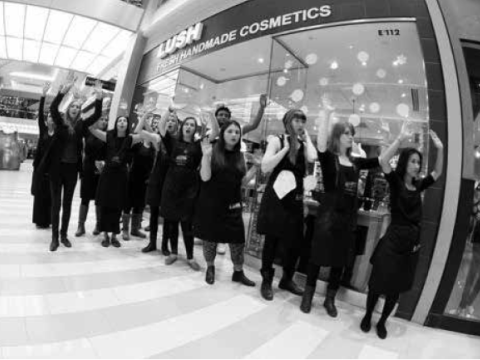 An account by x378436 of an illegal rally at the Mall of America in Bloomington, Minnesota.