A march by janitors in Houston, Texas, was attacked by police on 16 November leaving four inured and 44 arressted.

Taken from Houston Justice for Janitors

Community activists and leaders expressed concern and dismay at the police’s use of horses to intimidate and corral janitors participating in non-violent civil disobedience. The police’s choice to use horses to stop the protest resulted in four people being injured, including an 83-year old janitor from New York.

“Houston has to make a decision whether they are going to use their power to grind workers deeper into poverty or use their power to lift workers out of poverty,” said Tom Balanoff, President of SEIU Local 1. “We hope the aggressive tactic employed against the janitors last night was a regrettable mistake on the part of the police and it won’t be repeated.”

Hazel Ingram, an 83-year-old janitor from New York City, was rushed to Ben Taub Hospital for an injury sustained on her arm. Ms. Ingram is a 52-year member of SEIU Local 32BJ. She works for the cleaning firm Pritchard and is paid $19 an hour. There is an unconfirmed report that a second protestor also was taken to the hospital. Jennifer Ortiz, a janitor from Sacramento California; Amy Hines, a janitor from Sacramento; and Hector Abreu, from New York, also sustained injuries last night.

The Houston janitors are paid $20 a day with no health insurance, among the lowest wages of any workers in America. Photos and video shot by people in the crowd during the incident are available on www.houstonjanitors.org

What Happened
Last night at approximately 4:45 p.m. CT, fifty demonstrators, including SEIU janitors from Houston, SEIU janitors from other cities, and supporters, were engaged in a non-violent act of civil disobedience at the intersection of Capitol and Travis Streets in downtown Houston, a major intersection flanked by three buildings owned by national landlord JP Morgan Chase. The janitors were challenging Houston’s real estate industry to settle the strike and provide 5,300 janitors in Houston with higher wages and affordable he\s been confirmed that Hazel Ingram, an 83 year-old janitor from New York City, was rushed to Ben Taub Hospital for an injury sustained on her arm. Ms. Ingram is a 52-year member of SEIU Local 32BJ. She works for the cleaning firm Pritchard and is paid $19 an hour. There is an unconfirmed report that a second protestor also was taken to the hospital.

Houston janitor Mateo Portillo, 33, a Houston janitor who works for the cleaning firm GCA at the CenterPoint Energy building, said, “The horses came all of a sudden. They started jumping on top of people. I heard the women screaming. A horse stomped on top of me. I fell to the ground and hurt my arm. The horses just kept coming at us. I was terrified. I never thought the police would do something so aggressive, so violent.”

“This was a reprehensible and unnecessary act of violence by the police,” said Tom Balanoff, President of SEIU Local 1 in Chicago and the Houston janitors’ chief contract negotiator. Balanoff was present at the protest. “The protestors were engaged in the American tradition of non-violent civil disobedience. Janitors who make $20 a day with no health insurance were risking arrest in order to better provide for their families. They were making a peaceful stand for a better future for all working people.” SEIU organizers contacted the Houston Police Department prior to today’s demonstration to explain their plan and reasons for demonstrating in order to ensure that exactly this type of incident would be avoided.

People in the crowd reported that police officers seized one of the janitors’ signs reading “Stand Up for the American Dream,” threw it to the ground and stepped on it. The police officers were seen giving each other high fives after the incident.

Background
More than 1,700 SEIU janitors in Houston have been on strike since October 23 over civil rights abuses and a failure to bargain in good faith by their employers, the five national cleaning companies ABM, OneSource, GCA, Sanitors, and Pritchard.

With five of the most influential players in Houston’s commercial real estate industry refusing to intervene in the dispute, the workers’ strike against five national cleaning firms is increasing in scope and intensity. In the highly competitive market of contract cleaning, it the building landlords that hire the cleaning firms that negotiate and set rates for janitors’ wages and benefits. These five major landlords, Hines, Transwestern, Crescent, Brookfield Properties, and the oil giant Chevron, have the power to settle the strike by directing the cleaning contractors they hire to provide higher wages and health insurance all workers need to support their families.

In every city, the janitors work for many of the same national cleaning firms in buildings owned by the same national commercial landlords. But, while janitors in Chicago, Los Angeles, New York and other cities make more than $10 an hour, have health insurance and full-time work, Houston workers are paid an average of $20 a day, with no health insurance for part-time work.

Last fall, 5,300 Houston janitors made the historic choice to form a union with SEIU (Service Employees International Union). Their decision capped one of the largest successful organizing drives by private sector workers ever in the Southern half of the United States. Since forming a union with SEIU, Houston janitors have been seeking a raise to $8.50/hour, more hours, and health insurance in a citywide union contract. For more info, visit houstonjanitors.org 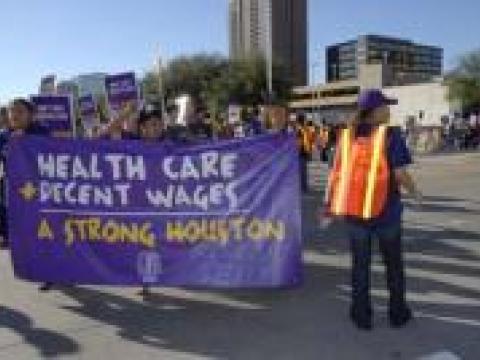 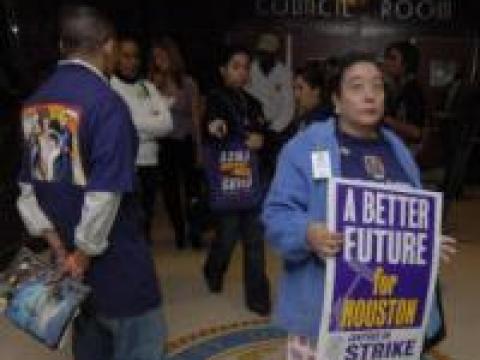 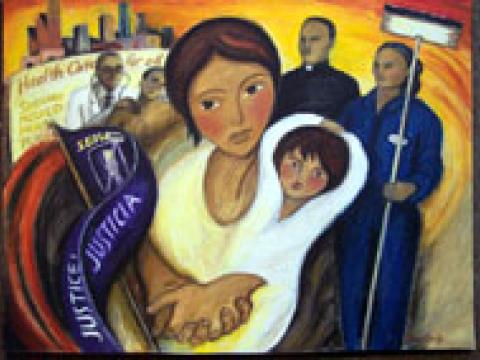 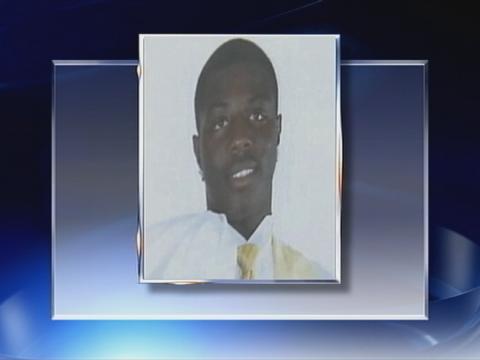