Augustus John on the cover of Time magazine, 1928 - from time.com

Augustus John and the Anarchists
Augustus John has often been cited as one of a few from the British artistic and intellectual milieu to have identified themselves with the anarchist movement. But Augustus John’s relationship with that movement was as ambivalent as his own life.

His wildly bohemian life earned him the epithet of the King of Bohemia. His imposing height and carriage and his confident stride, his big black broad brimmed hat, his flowing beard and gold earrings, his great love and knowledge of the Gypsies, his many affairs with women and his unorthodox domestic life justified the title.

He certainly had a knowledge of the anarchist movement from the time he moved to London from his native Wales. As a student at the Slade in 1897 he took his sketchbook to the anarchist clubs in Fitzrovia where he encountered Louise Michel, Peter Kropotkin, and David Nicoll, ex-editor of Commonweal, among the British, French, German, Spanish, Italian and American anarchists to be found there.

Later in Paris in 1898 he often ate at an anarchist restaurant where self service seemed to have been invented, and where “grubbily dressed girls” fetched their own food to avoid being waited upon. He read Kropotkin’s Memoirs of a Revolutionist just before arriving in Liverpool in 1901 and he temporarily named his son Ravachol after the anarchist bomber in 1902 before finally plumping for David.

But set against this was the fact that he was taken in by the frenzy of the First World War when he joined the Canadian army as a major after being turned down for the British Army. His long career as a portraitist for the establishment, when he painted royalty and millionaires was rather at odds with both his bohemianism and his professed republicanism and radicalism, something which he himself seems to have recognised and which caused him much personal anguish.

However he defended anarchist Herbert Read’s ‘courageous decision’ to take a knighthood in 1953, which caused a furore within the British anarchist movement. He himself accepted the Order of Merit in 1942, and he was criticised for this being at odds with his republicanism.

He detested Spanish fascist General Franco and helped free a number of German and Austrian refugee artists interned by the British government, using his influence to free people like the anarchist Werner Droescher.

In this period he joined the Voluntary Contraception League (considering the number of children he sired, better late than never!), the Committee of the National Campaign for the Abolition of Capital Punishment, and he regularly campaigned on behalf of gypsies, in particular around police harassment of gypsies in Kent.

He joined the Social Credit Party (The Greenshirts) in 1942 but seems to have gravitated more and more to the anarchist movement after that time, attending anarchist meetings in London. When the Scots anarchist orator Eddie Shaw asked him what he did for a living, he replied 'I don't need to work. People pay me for painting.'

In 1945 after the National Council for Civil Liberties had been taken over by the Communist Party he joined the Freedom Defence Committee with Read, Britten, Forster, Orwell, and Osbert Sitwell to defend those who were persecuted for exercising their rights to freedom of speech, writing and action. This Committee was originally set up to defend the editors of the anarchist paper War Commentary over charges of subverting the Armed Forces.

He never voted in his life as he said, and his dislike of politicians began to grow even more in the 50s.

He remarked that “Anarchism is the thing,” and communism, differentiating communism- “which surely lies at the basis of human society” - from its travesty in the USSR.

By the end of the1940s he was publishing and broadcasting that national states were by definition bound to clash. All nationalities were composed of a haphazard conglomeration of tribes, but the State, originating in violence, must rely on force to impose an artificial uniform on this conglomeration, transmitting its laws and class privileges like a hereditary disease. “The state must not be judged by human standards nor ever be personified as representing the quintessence of the soul of the people it manipulates. The state is immoral and accountable to nobody”. Communities must be broken down into smaller groups. Hedges must be dug up - “hedges are miniature frontiers when serving as a bulkhead, not windscreens. Hedges as bulkheads dividing up the Common Land should come down, for they represent and enclose stolen property. Frontiers are extended hedges, and divide the whole world into compartments as a result of aggression and legalized robbery. They too should disappear… they give rise to the morbid form of Patriotism known as Chauvinism or Jingoism”.

“Without frontiers, the State would wither and society change from a heavy pyramid to a fluid form of amoeba. Monstrous industrial towns, congested capital cities with their moats of oxygen-excluding suburbs would melt away and a multiplicity of local communities would appear, autonomous, self-supporting and federated.’gigantism is a disease”.

By the late 50s he was in contact with the anti-bomb movement. and he joined the Committee of 100. For this he was called a traitor and told the sooner he ‘stand in the dock at the Old Bailey on a charge of treason the better it will be for this country’. He planned to take part in the demos on 18 February 1961 61 and 6 August 1961, Hiroshima Day, but early in February he suffered a thrombosis. He later made a partial recovery.

Against doctor’s orders he joined the mass sit-down in Trafalgar Square on Sunday 17 September at the age of 83. The police had banned the demonstration, and on the day deployed 4,000, which included all their reserves.

888 people were arrested that day. Augustus came up to London, hid in the National Gallery, and when the time came, nonchalantly walked into the Square and sat down with the others. A month later he was dead. 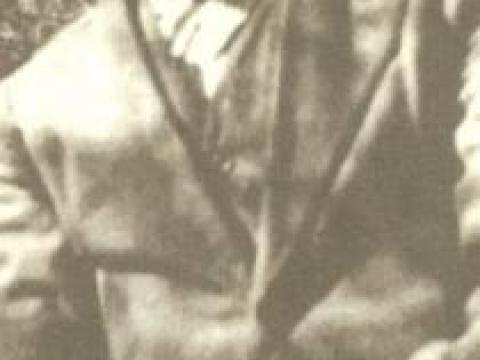 Short history of South Wales anarchist mine worker James Colton, who, as well as being a key figure in Welsh anarchist history, also married Emma… 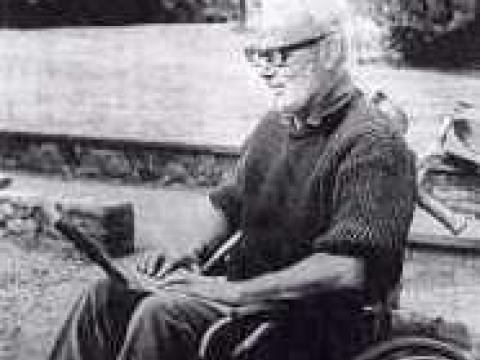