"Economics" is, as everyone knows, the dismal science. This is, unfortunately, no less true of left economists than of their mainstream colleagues.

The most militant eyes often glaze over quickly when some theoretician begins to hold forth on the "transformation problem", Sraffa's critique of Marx, or interpretations of the forever-falling rate of profit. In many cases, this boredom is quite justified. Most economists, including leftists, write more for their fellow professionals than for the general reader, to say nothing of grassroots activists. They drape their ideas in an often willfully abstruse terminology; those who can sometimes use mathematics to hide conceptual sterility. At the other extreme, some attempts at popularization condescend to the audience and slip dangerous illusions or over-simplifications into the casual language of everyday life. Striking the right balance between necessary conceptual abstraction on the one hand and a clear connection to present real economic, social, and political conditions on the other, between demagoguery and putting the general reader to sleep, is virtually an artistic achievement, and a very rare one.

Yet sophistication in matters of the critique of political economy (to use the full, adequate term; "Marxist economics" is an oxymoron) is vitally important to people seriously interested in changing the world. This is particularly true in 1988, because most of the received ideas on the left, whether in the United States and Europe, in the "socialist" bloc, or in the Third World, are bankrupt. In Europe, parties calling themselves socialist impose IMF-style austerity packages; the USSR and China rush headlong into "market socialism"; and various Third World regimes once shrouded with a "progressive" halo dream only of following the Soviet and Chinese example, in hopes of emerging from the bureaucratic quagmire in which they find themselves. Any kind a serious grassroots activism leads quickly to economic questions, which turn out to be political questions, and which compel people to think about the large-scale implications of any action that today might lead to something other than incoherence or parochial know-nothingism.

Joyce Kolko's new book, Restructuring the World Economy, avoids the pitfalls described above. Though it may not be the first book one would suggest to a beginner looking for a working grasp of the contemporary world economic crisis, it could easily be the second or third. Kolko's book is not so much "economics" as contemporary economic history, an attempt to explain the new realities that have emerged out of the present crisis. Any book of this type, which includes developments virtually up to the date of publication, must rely primarily on the capitalist economic press, ranging from the extensive research of the IMF, World Bank, and OECD, to weekly and daily financial newspapers. Such an approach, in the hands of someone who knows what she is doing (as Kolko clearly does) yield much more than a consultation of the writings of academic economists, who often take pride in the remoteness of their models from current developments. Even readers with little grasp of economic theory or terminology, who may find some parts of Kolko's book slow going, will be rewarded with some real understanding of the illusions the left must overcome if it is to deal effectively with the current crisis. As one reads on, the now-familiar landscape of 1980s austerity comes into coherent focus.

Kolko joins a number of contemporary theoretical debates without distracting the reader from her main task, which is to tie together the events and currents of the post-1973 world economy. Ten years ago, she would have had to expend much more energy attacking various schools and false notions that have now slipped from fashion. One of these is the "monopoly capital" current that formed the thought of many of today's leftists. But perhaps foremost is the now-discredited belief that governments of the left, involving Labour, Social Democratic, or Communist parties of the Western European type (or, by implication, a revamped Democratic Party in the United States) can manage capitalism on behalf of working people, without imposing austerity. Indeed, as Kolko shows in the cases of France, Spain, and Greece, the "socialist" parties of those countries have often developed neo-liberal policies in keeping with the "realities of the world market," whose draconian consequences for wage earners and the poor amaze and delight even their conservative rivals.

What Kolko emphasizes repeatedly, in different ways, is the fundamental truth that the capitalist world market imposes its logic everywhere. No policymakers, however enlightened and well-intentioned, can escape this truth, particularly in the framework of one country, however large. In this connection, she attacks many still-popular notions on the academic left, such as that of the "relative autonomy of the state," or the Bowles-Gintis explanation of the crisis as originating in a productivity slowdown, or the different proposals for "industrial policy" as a solution to the crisis. More often than not, such schools of thought are tied to hopes for reform through state policy in one country without a more fundamental transformation of all social relations and without an international perspective.

Similarly, Kolko shows how deeply the so-called socialist countries ("centrally-planned economies" is her term), led by the USSR and China, are affected by the crisis, which more and more compels them to introduce openly capitalist practices and to link their national sectors to the world market.

Let me touch briefly on the main themes of Kolko's analysis. She shows in some detail that the kinds of economic activity that have emerged in the past fifteen years have diverted most investment in the "advanced capitalist" sector from production to sophisticated paper-shuffling aimed at squeezing the highest possible profits out of existing assets, almost invariably at the expense of working people. In the United States, corporate mergers and raiding, made possible by unprecedented credit creation, underwritten increasingly by foreigners, became far more profitable in the 1970s and 1980s than building new production sites. Where the latter were built, they were frequently located in less-developed countries to facilitate plant closings in high-wage countries, or were technology-intensive operations aimed at displacing mass-production workers altogether. (Not too long ago, academic sociologists liked to see the latter process as a transition to a "postindustrial society.") Today, the bloom is off the widely-held illusions of the early 1980s, which foresaw a new wave of prosperity led by high-tech sectors that would absorb the workers displaced from traditional industries. Kolko shows in some detail how much unemployment most high-tech and robotic production creates compared with the meager creation of jobs they entail. She shows how the "service sector" expansion in the United States generally involved a net channelling of previously well-paid, unionized industrial workers into insecure, unskilled, or semi-skilled dead-end jobs paying an average of $7000 per year.

Her treatment of various economic sectors is equally interesting. She shows how indispensable financial institutions have become to the management of a world economy crushed under a pyramid of debt. (By contrast, the 1966 classic of Baran and Sweezy, Monopoly Capital, does not even discuss credit.) At the same time, the proliferation of such institutions makes monitoring, much less managing, the system more difficult. She shows that virtually all technological innovation, in the cutthroat competitive environment of the world market, is invariably used against labor, and also (a related development) how pervasive arms production has become. In both cases, scientific research is driven by the need to increase the profit of one firm or sector (or, in the case of weapons, to terrorize workers and peasants) no matter what the insane or destructive effects on society as a whole.

Part III of Kolko's book, "The State," is perhaps the most compelling and is full of political implications that go far beyond purely economic questions. As indicated above, the thrust of her analysis is to reveal the illusion of "state autonomy," the necessary subordination of state institutions to the logic of economic contraction. It is here that she takes up various state experiments with ostensibly "progressive" economic reform within the logic of the world market, such as in France and Hungary. In all such cases, reform quickly led to negative consequences for working people because it did not begin to address questions of international finance, money, debt, trade wars, and the power of institutions like the IMF, the World Bank, and the world financial markets to punish any country that bucks the tide.

In Part IV, "Labor," Kolko finally turns to an attempt to show how all this has worked out in the lives of working people around the world. She shows that the restructuring of the world economy has almost everywhere resulted in a shrinking of real wages, which translates into the more graphic, personally-lived statistics of permanent marginality, unemployment, homelessness, drug addiction, suicide, and individual violence. She shows how unions, where they exist, have tended to go along with restructuring and even to justify it ideologically, until forced to shift gears by independent rank-and-file actions against concessions. Sporadically, as in France in 1986 or South Korea in 1987, workers have begun to find forms of struggle adequate to the new conditions of accumulation.

If Kolko is very good at showing what won't work in our current situation, she is less good at showing what will. Her book ends by affirming that "the vast majority of the world's people will remain victims of the operations of the capitalist system until they act to take power ...Socialism is not capitalism with a human face but the negation of capitalism ...socialism can exist only where the systemic features of capitalism no longer define society." I could not agree more. But after 350 pages of analysis and critique, Kolko's book is more than a bit deficient on strategy and program. The left all over the world is today in disarray because its main expressions, the Keynesian welfare state (as managed by Social Democrats), the "centrally-planned economies of the Eastern bloc, and various Third World development regimes, all brandishing the flag of "socialism," have shown themselves impotent before the impact of the world market. Kolko is quite right to criticize left intellectuals who, because of their disillusionment with statist autarchy of the Stalinist or Third World variety, have resorted to the claim that any radical break with the market can only lead to state-bureaucratic terror and economic stagnation. True, the world does not lack for examples that give this claim a superficial plausibility; unfortunately, apologists for capitalism have seized on such examples to convince a fair proportion of the population, at least in the United States and Europe, that their only choices are immiseration with the market or immiseration under a police state.

Granted, Kolko did not set out to write a book on the renewal of the socialist vision. Such a renewal will occur through the struggles of masses of people and not through the cerebrations of any theoretician, however brilliant. Kolko knows this, and one can hardly criticize her for not attempting to foresee the specific contours of those struggles. Her often compelling analysis shows us much about how the trusty old truths of the left withered in the 1970s. But her book also leaves us hanging, because it does not attempt even to outline, as a preliminary perspective for further, badly needed research, what working people with real political power might do to overcome capitalism where it has always, in fact, existed: on a world scale.

The biggest ‘october surprise’ of all: a world capitalist crash - Loren Goldner 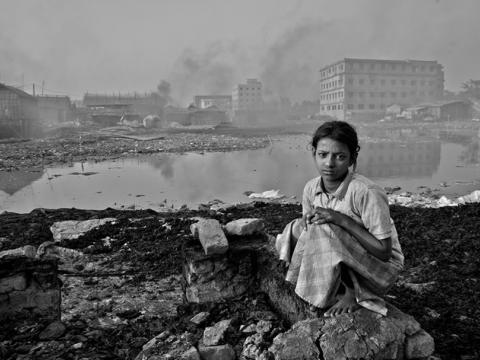 Fictitious capital and the transition out of capitalism - Loren Goldner

An exploration of the growth of fictitious capital and its implications for communism. 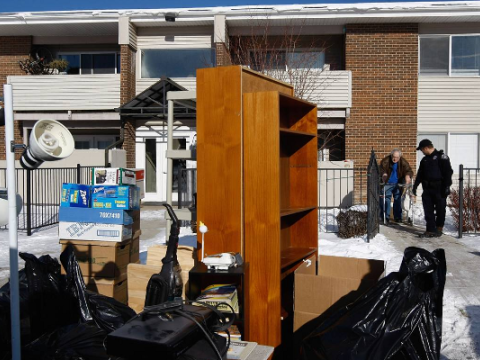 The sky is always darkest just before the dawn: class struggle in the US from the 2008 crash to the eve of the occupations movement - Loren Goldner 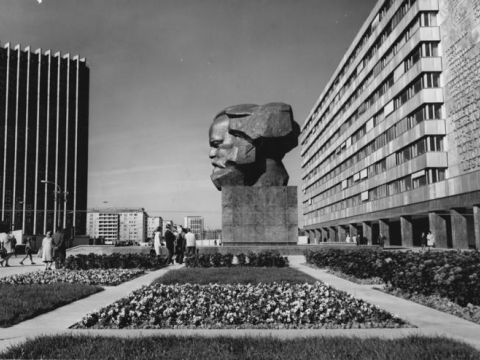