Killing king abacus anthology: a collection of writings for relations without measure

This is an anthology of the writing tied to Killing King Abacus. Killing King Abacus was started as a writing project to challenge aspects of discourse and practices within the North American anarchist scene by three individuals Leila, sasha k and Wolfi Landstreicher. One of the central challenges of this project was to think through/explore “insurrectionary anarchism” as a practice/process. This anthology spans a time between 2000-2005 covering Killing King Abacus #1 and #2; Hot Tide Bulletin which is comprised of anti-authoritarian/anti-capitalist analysis; an exchange between sasha k and Chris Dixon debating/dialoging issues of organization; the role of “activists” and “political experts”; a collection of letters and articles in other publication that where in response to or in discussion with the larger Killing King Abacus project.­

Contents:
1. Taking the Challenge to Kill King Abacus; or Trying to Create Relations Without Measure ... An Introduction to This Anthology by Chris Kortright
2. Turning to Insurrection by sasha k
3. Political Imagination in the Age of the Smart Phone by Leila
4. Untimely for Worlds Without Measure (Being My Thoughts on the Project Killing King Abacus) by Wolfi Landstreicher
SECTION ONE: ISSUE #1 SPRING 2000
5. Killing King Abacus
6. Action
7. Anarchists and Action by Alfredo Bonanno
8. The Elves and Lit up Signs
9. ELF Communiques by Earth Liberation Front
10. Letter Introducing Nikos Mazotis by Comrades from the Anarchist Circle and the Collective
11. Anarchists in Solidarity
12. Excerpt from Mazotis' Court Statement by Nikos Mazotis
13. N30 Black Bloc Communique by ACME Collective Dec. 4 1999
14. On Behalf of the Barbarians by Bleu Marin
15. Caught in the Web of Deception: Anarchists and the Media by Wolfi Landstreicher
16. Against War and Pacifist Bliss. Translated from: Neither Their War Nor Their Peace, June 1999
17. Kula Shells and Zombies: Notes on Value by Leila
18. Enter... Enter... by Diavolo in Corpo
19. Drowning... by Wolfi Landstreicher
20. Necrophiliac Logics and the Revolt of the Imagination by Leila
21. Civilization and the Creative Urge by Wolfi Landstreicher
22. From Thought into the Unknown by Leila
23. Clocks by Julio Cortázar
24. The Persistent Refusal of Paradise by Penelope Nin
25. Capitalism at the Crossroads and Opportunity of the Yugoslav crisis by sasha k
26. Freedom by Albert Libertad
27. Obsession by Albert Libertad
28. The Particular and the Universal by Julio Cortázar
29. Fixed Abodes by Leila
30. In the Distance: Suburbia Against the Barricades by Leila
31. The Continuing Appeal of Nationalism Among Anarchists: A Review of Hakim Bey's Millennium by sasha k
SECTION TWO: ISSUE #2 SPRING 2001
32. Killing King Abacus #2
33. Notes on Insurrectionary Anarchism by sasha k
34. A Few Notes on Alienation by sasha k
35. Notes Towards a New Analysis of the Institutions of Domination by Wolfi Landstreicher
36. Civilization and History: A Comments on John Conner's The Rise of the West by sasha k
37. Parody and Subversion: Notes on Roles by Leila
38. Never Cry Wolf by Wolfi Landstreicher
39. Unmasked Simulations in White Overalls by Sandra K.
40. Brittle Utopias by Leila
41. We Go On by Albert Libertad
42. The End of the World by Mara Almani
43. At the Center of the Volcano by Dominique Misein
44. The Anarchist Ethic in the Age of the Anti-Globalization Movement by sasha k and Leila
45. The Ferocious Jaws of Habit by Mare Almani
46. Alienation, Marvelous Pursuits and the New Nomadic Sciences by Leila
47. A Balanced Account of the World: A Critical Look at the Scientific World View by Wolfi Landstreicher
48. Where Do We Meet Face to Face by Wolfi Landstreicher
49. Money and Logos by M.D.P.
50. China: Capitalist Discipline and Rising Protest by sasha k
SECTION THREE: HOT TIDE DISCUSSION BULLETIN
51. The Scale of Capitalism and Resistance by Leila and sasha k
52. Terrorist Threats by Leila and sasha k
53. Direct Action cannot be Televised by Leila and sasha k
54. Comments on Hot Tide by Wolfi Landstreicher
55. Our response by Leila and sasha k
56. Solidarity, Analysis and the North-South Divide by Leila and sasha k
57. Assault on the Border by Leila and sasha k
SECTION FOUR: DISCUSSION BETWEEN SASHA K AND CHRIS DIXON ON ACTIVISM AND ORGANIZATION
58. Finding Hope After Seattle by Chris Dixon
59. "Activism" and "Anarcho-Purism": A Response to Chris Dixon's Finding Hope After Seattle by sasha k
60. Reflections on Privilege, Reformism, and Activism: A Response to sasha k by Chris Dixon
61. Dirty Mirrors and Deformed Reflections by sasha k
SECTION FIVE: KILLING KING ABACUS ELSEWHERE
62. A Brief Note On Insurrection by sasha k and Leila
63. The Same Old Empire (Oops, I Mean Imperialism)... by sasha k
64. Thirteen Notes on Class Struggle: Some Notes for Discussion by sasha k
65. The Insurrectionary Act and the Self-Organization of Struggle by sasha k
66. Insurrectionary Practice and Capitalist Transformation: A discussion between The Batko Group and sasha k. 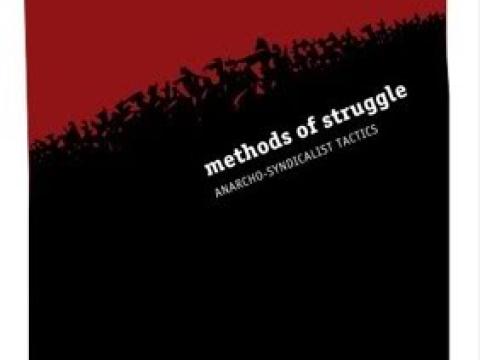 A text from the French CNT-AIT written in March 2006, covering anarcho-syndicalist tactics and strategy.
Image 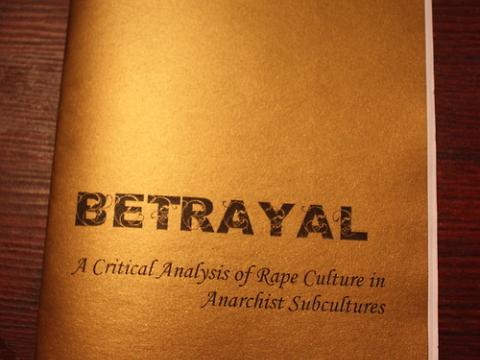 Betrayal - a critical analysis of rape culture in anarchist subcultures 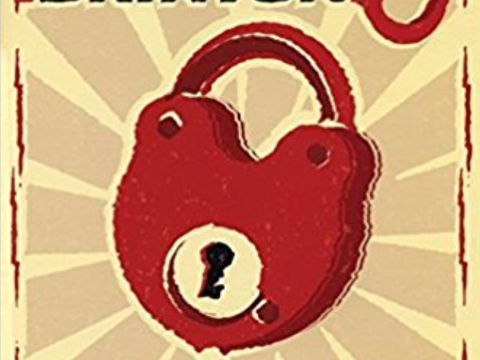 Maurice Brinton was one of the most influential member of the British Solidarity Group (1961–1992), which sought to inspire a mass movement…

Pamphlet published by Solidarity containing two texts: Revolutionary Organisation, and "Open letter to IS" (the International Socialists, now the Socialist Workers Party), on how we as revolutionaries should organise ourselves.