The Kirkby Rent Strike was a 14-month long rent strike initiated by 3,000 tenants on October 9, 1972 in the town of Kirkby, outside Liverpool, against the Housing Finances Act

Since 1945 Liverpool and its dockland have changed almost beyond recognition. Devastated by war and then transformed by post-war strategies to address some of the appalling social conditions, initiatives to attract industry to the area and the registration of dockers with schemes to decasualize port employment, the economic, social and cultural life of the dockland has been turned upside down. One of the most significant changes however, has come with the attempts to tackle the enormous problem of housing.

Slum clearance programmes decanted many thousands of families from dockland Liverpool to purpose built overspill estates on the outskirts of the city. One of the most significant of these outer developments was Kirkby, located at the northwest edge of the city. This was a village of around 3,000 inhabitants in 1939, which by 1961 had grown to become a new town for over 50,000. Ultimately envisaged as a self-sustaining community with its own economic, social and cultural functions, Kirkby’s further expansion was ensured when in 1965 Liverpool Corporation committed itself to the clearance of another 30,000 ‘unfit’ dwellings, mainly from the traditional dockland areas.

The growth of Kirkby was not without its difficulties. It has often been cited as a classic illustration of the failures of planning and mistaken overspill development. The image of a tough community, uprooted and placed by an uncaring local authority in a bleak estate with no facilities or services, suffering high unemployment and racked by vandalism was a caricature, but nevertheless contained elements of truth. Problems with housing in Kirkby, particularly the poor quality of design and construction combined with a long backlog of repairs, were manifest from the earliest days. On the whole women were left with the responsibility of tackling the local authority about these problems in what were predominantly family homes.

Furthermore, when in the early 1970s factory closures and growing unemployment further threatened Kirkby, women on the Tower Hill estate formed a discussion and support group to help themselves and their families through the crisis. However, when the 1972 Housing Finance Act resulted in a further £1 rent rise, this brought grievances that had been bubbling under for the previous decade to a head. The women formed an Unfair Rents Action Group and responded by organising a 14-month long rent strike.

Kirkby therefore provides a key case study for the historian attempting to analyse the response of an ex-dockland community to re-location in an overspill estate and important evidence concerning the transference of elements of dockland life. Militant collective organization, most usually associated with rank-and-file dock trade unionists, was clearly transferred out of dockland. It no longer remained the preserve of male members of the household however.

In the new setting of the overspill estate, women recognised the value of the militant tradition. Outside of the labour movement or the factory floor, women in Kirkby mobilized to forge their own solidarity and collective organization. This movement sought not only to benefit the household economy through the fight against unfair rents, but for a time would also campaign for the benefit of the whole community. Traditional dockland militancy and community solidarity had clearly evolved to remain of use in its new location.

Reproduced via - The 1972 Kirkby Rent Strike: Dockland Solidarity in a New Setting?

From the summer of 1972 women in Merseyside Big Flame started meeting together. By the end of the year, they had formed an autonomous women’s group. Many women withdrew from other base groups, such as the Ford’s one, to focus on the women’s group. The group’s first major intervention was on a Council estate called Tower Hill, outside Liverpool in Kirkby – an estate with 2,500 homes.

The National Government had introduced the Housing Finance Act 1972. This promoted so-called “fair rents”, whereby local Councils would be forced in stages to increase rents according to the value of the house as if it were for sale on an open housing market. The Act came into force on the 2nd October 1972.

Rent strikes by tenants followed. One of the most militant was in Tower Hill. 3,000 tenants started a total rent strike on the 9th October 1972. The protest lasted until 24th December 1973. The Big Flame women didn’t live on the estate, and were therefore external militants. They worked with women living in Tower Hill to form a women’s group on the estate.

Women in Big Flame wrote an account of the struggle in Tower Hill. It does not claim to be a full account of the rent strike, focusing on the role of the Women’s Group and Big Flame. It was first published in Big Flame Journal no1 Winter 1974/75. Then it was reissued as a separate pamphlet in 1975.

Thanks for this, I was going to write something like it for libcom. I guess there's always the Leeds rent strikes of 1914 and '34...

This vimeo version cuts off the last 5 minutes which are highly important.
Fulll version here
http://www.youtube.com/watch?v=SgsiB-mdyyo 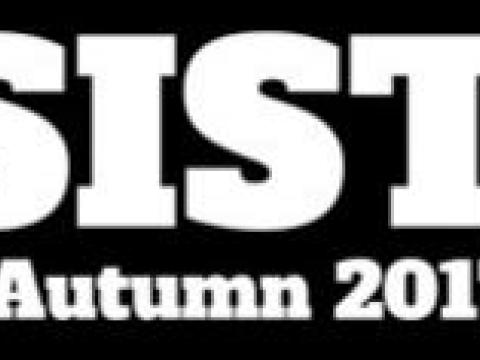 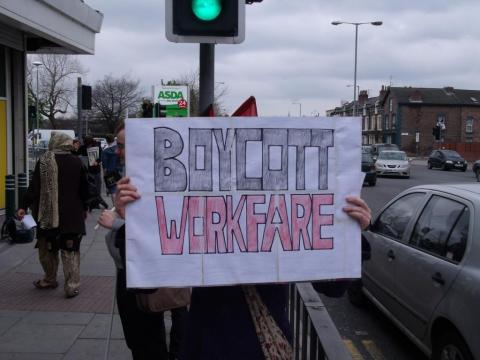 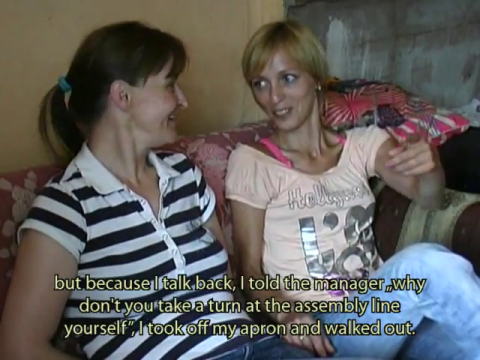 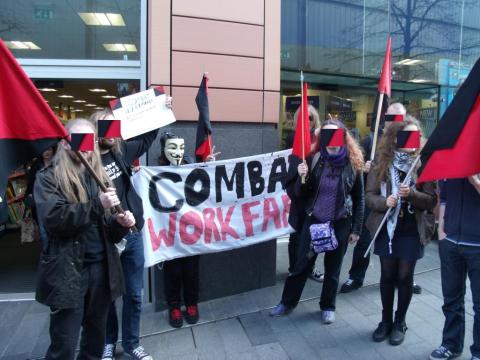