Luce's A Street in Paris

Maximilien Luce was born into a modest family in 1858 in Paris. From early youth he mixed with impoverished artisans and workers constructing the major roads and other works. At the age of thirteen, he was an appalled witness of the massacres carried out by government forces against the revolutionaries of the Paris Commune of 1871. This was to haunt him for all his life. The following year, to ensure his survival he had to go to work. The illustrated papers were coming into their own at this time in Paris, and Maximilien’s father placed him as an apprentice in a wood engraving workshop, where he became a skilled worker. At the same time he began to draw and to paint scenes from the working class neighbourhoods, especially of Montrouge where he lived, taking night courses in painting.

It was in 1887 that he began to reveal his talent. He joined the Society of Independent Artists, of which he remained a life member, and exhibited at their Salon. He was welcomed by the painters Seurat, Signac and Pissarro ( the latter two were avowed anarchists whilst Seurat, whilst sympathetic, remained reticent) and by the journalist, art critic and anarchist Felix Feneon. Feneon described him as a “barbaric but robust and plucky painter”.

Luce was no theoretician but he absorbed the ideas of Seurat on painting, which became known as neo-impressionism. The neo-impressionists painted in pure divided tones in a “scientific” fashion, not mixing colours on the palette or the canvas. By dividing tones the small spots of pure colour came together in the eyes of the observer, creating harmonious and vibrant masses of colour. Luce took liberties with the theories of Seurat, he contrasted areas of the canvas where the spots of colour were thickly gathered together with other areas of the canvas where the colour spots were separated by white spaces. This gave his paintings a vibrant dynamism. He marked himself out by his refined use of the spectrum and his frequent use of a range of violiet colours to produce superb effects of light.

From 1897 he moved away from this “divisionist” style towards a more classic impressionism., whilst retaining his use of vibrant colours and thickly crowded spaces.

He had contempt for the art dealers and journalists who he felt were totally ignorant of the aims of the neo-impressionists. He wanted to be a witness of the times he was living through, painting the busy streets of Paris at the same time as landscapes and indicating the dehumanising effects of industrialisation.

Encouraged by the cobbler Eugene-Frederic Givort, whom he had first met during military service, and by the worker Eugene Baillet, he joined them in participating in the activities of the anarchist group of the 14th arrondissement. At the end of the 1880s he became a friend of the anarchists Emile Pouget and Jean Grave. Pouget edited the anarchist paper Le Pere Peinard and Grave edited the anarchist paper La Revolte. Luce, not surprisingly given his past experiences, detested the army, the clergy, and the royalists and nationalists. He began to contribute to the anarchist press, being one of the first artists to come to the aid of Pere Peinard, providing more than 200 designs or lithographs right up to 1914. He was also the principal illustrator for Grave’s new paper Les Temps Nouveaux, from 1895 to 1914, supplying its first poster in 1896, L’Incendiare (The Incendiary).

In July 1894 Luce was arrested and imprisoned at Mazas with Feneon, Grave and another notable anarchist, Sebastien Faure, following the wave of repression against the anarchist movement. Luce was accused of inciting the people to revolt through his sketches. But due to insufficient evidence he was acquitted and freed on 17th August, after forty eight days in jail. Far from deterring Luce, this only strengthened his anarchist convictions. He published an album of ten lithographs on prison life at Mazas. Every prisoner depicted in the lithographs had either the face of Feneon or of himself. The finishing text of the album was “Open the cells, beat down the walls of the prison galleries..” For a while he exiled himself to Charleroi in Belgium.

Luce was again arrested an imprisoned for several days in 1896 during the visit of King Alfonso XIII of Spain.

Apart from his portraits of Feneon, Pissarro, Signac, Louise Michel and his studies for the execution of the Communard Eugene Varlin, Luce created many paintings of the mining area of the Borinage between 1895 and 1900. He was fascinated by the blight of industrialisation on this region, depicting the furnaces and mines. With Signac he journeyed deep down in a mine to gain some experience of the life of miners. In L’Acierie (The Steelworks) executed in 1895 he contrasts fire and light with shadows, with the labouring workers silhouetted.

From 1903, and more than thirty years after the events, he began a series devoted to the Paris Commune. In one of them, Une Rue de Paris en Mai 1871, he depicts the corpses of four shot Communards, one of them a woman, lying alongside piles of cobbles. He exhibited this at the Salon of the Independent Artists in 1905.

During the First World War, he produced many paintings of the horrors of war and of returning and wounded soldiers. In the 1930s he concentrated on landscapes and on urban scenes depicting the life of dockers, building workers, labourers and fishermen.

He succeeded Signac as President of the Society of Independent Artists in 1935 but resigned his post in 1940 to protest against the racial laws passed by the Vichy regime which banned Jewish artists from all official groups. He died the following year. Certainly his anarchist convictions led to his lack of recognition as an important painter during his lifetime.

Nick Heath
This article appeared in issue 76 of Organise! the magazine of the Anarchist Federation
www.afed.org.uk

I always enjoy the articles on anarchist artists and writers in Organise! 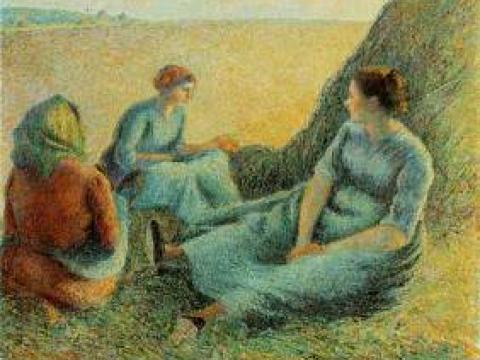 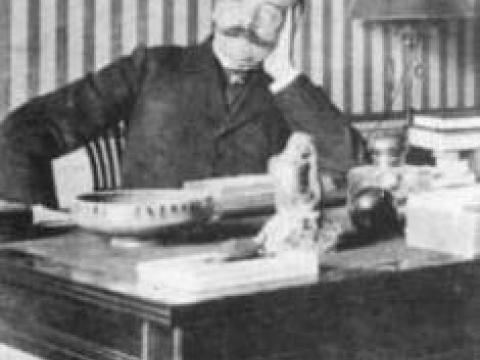