Alexei Marchenko was born into a farm labourer’s family in Gulyai-Polye in 1892.He became an anarchist communist in 1907. During the First World War he was a junior NCO in the Tsarist Army. He was an active member of the Gulyai-Polye Anarchist Communist Group which had maintained itself for 11 years since its foundation in 1906, despite the deaths of several members at the hands of the Tsarist authorities, and the imprisonment of others like Nestor Makhno. He used the underground name of Shevchenko as an alias.

By 1917 ithe Gulyai-Polye Anarchist Communist Group included Savva Makhno (the elder brother of Nestor), Andrei Semenyuta (the brother of Alexander and Prokofy, who had both died in shootouts with the Tsarist authorities), Moisey Kalinichenko, the brothers Grigory and Prokofy Sharovsky, Philip Krat, Lev Schneider, Pavel Khundei (Korostylev), Pavel Sokruta, Marchenko, and Isidor Lyuty and had grown to 80 militants. With the return of Nestor Makhno, the group set up a club and began the organisation of a Peasant Union, which was founded at the end of March, with Marchenko as its secretary and Nestor Makhno as its chair.

However the establishment of the nationalist Central Rada in with the backing of the Austro-Hungarian and German forces meant that the anarchist communists had to flee from Gulyai-Polye, or go underground in April 1918.

Marchenko returned illegally to Gulyai-Polye later in 1918 and met up with Nestor Makhno, Semyon Karetnik, and Isidor (Petya) Lyuty. Marchenko counselled that they should wait for the arrival of anarchist and Bolshevik detachments to liberate Gulyai-Polye but Nestor Makhno argued strongly for the launching of armed resistance. Marchenko was convinced and embraced him with tears in his eyes.

Marchenko, Makhno, Lyuty, and two others barely escaped a raid by a squad of the German-Hetmanite forces on their safe house, running across several yards and then seizing horses to make their escape to a nearby village.

In the ensuing partisan struggle, Marchenko became, alongside Trofim Vdovichenko, one of the best Makhnovist commanders. It was Marchenko’s forces, when the Makhnovists were in alliance with the Reds, who crossed the river Sivash and captured Simferopol from Baron Wrangel’s Whites, against the advice of the Red commander Frunze. For many years, Soviet historians lied about this and claimed the victory was completely down to Frunze. After the victory over Wrangel’s forces in the Crimea, the Bolsheviks treacherously broke the alliance on November 26th, 1920, executing the Makhnovists commanders Semyon Karetnik, Petr Gavrilenko, Osipenko and Emelianenko at Simferopol when they came to negotiate . Marchenko, was in charge of the Makhnovist forces in the Crimea in Karetnik’s absence.On the night of November 27th, he received the following ultimatum: “Surrender, you are surrounded!” Breaking out of the Red encirclement , the 10,000 Makhnovists under Marchenko quickly discovered that Red Army units, with whom they had fought alongside against the Whites, were reluctant to engage them. Marchenko’s forces evaded the Reds for the next few days and passed through the Perekop isthmus onto the mainland. Red Army regiments and even entire brigades surrendered and tried to join Marchenko’s forces , but were turned for fear of provocation and treachery.

However, Marchenko’s forces were surprised on the night of December 1st near Melitopol by the 1st Cavalry Army. Almost half of the Makhnovists died in battle, and the same number captured. Only Marchenko and 250 cavalry managed to rendezvous with Makhno at Kermenchik Petr Arshinov describes this meeting thus: On December 7th, a horseman arrived to announce that Marchenko’s troops would be there in a few hours. The Makhnovists at Kermenchik came out excitedly to meet the heroes. Their anguish can be imagined when they finally saw the small group of horsemen; instead of the powerful cavalry of 1500 men, a small detachment of 250 men returned. At their head were Marchenko and Taranovski.“I have the honor of announcing to you — the return of the Crimean army,” said Marchenko with bitter irony. Everyone smiled sadly. “Yes, brothers,” continued Marchenko. “Now we know what the Communists are.”

It was Marchenko’s units, masquerading as the 8th Red Cossack Division, who apprehended the Bolshevik commander Alexander Parkhomenko (see The Brothers Parkhomenko here at libcom)at the village of Buzivka on January 3rd, 1921. Along with Parkhomenko, the entire command of the 14th Cavalry Division were captured, including the leader of the special anti-Makhnovist unit, Belyakov. But soon the Makhnovist forces were dispersed by the Reds and Marchenko was killed in battle with the 8th Division of the Red Cossacks in the Poltava region later that month. 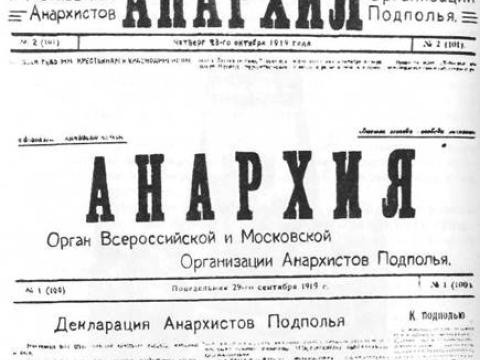 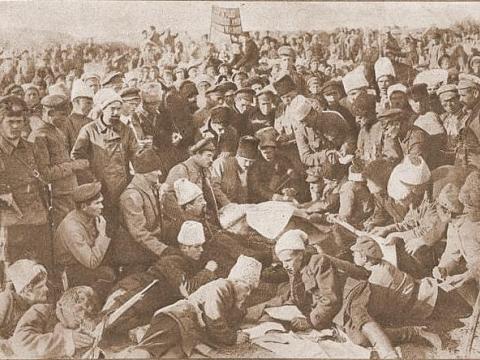 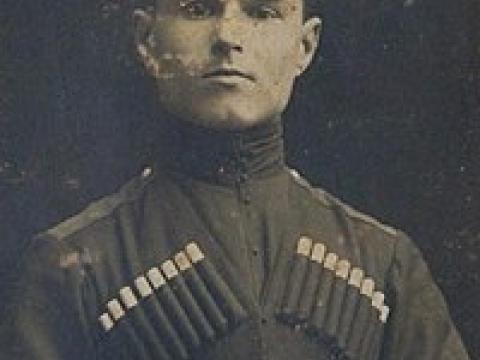