Soldiers in Somalia
Copied to clipboard

Warfare has significantly changed in the last thirty years. From 1945 until about 1975 most wars were
part of the worldwide movement of decolonisation that saw the formation of dozens of new states in
Africa and Asia. Since then most wars have been civil wars within the decolonised countries, sometimes
continuing directly from the national liberation war as competing factions fought over the prize of the
new state as in Angola.

While these wars all have their own proximate causes rooted in particular histories certain similarities
can be discerned. Ruling classes have fractured into competing armed gangs under the strain of being
squeezed between the demands of global capital (organised in the International Monetary Fund and
World Bank) and proletarian and peasant resistance to the austerity programs they impose. A major
component of capital’s response to its long crisis since 1973 has been enclosure, the process of
expropriating people from non-commodified resources so that they must become wage slaves in order
to survive. War has been used to effect massive enclosures in countries as diverse as Afghanistan,
Mozambique, and Yugoslavia. Once wars stop being functional for global capital the major powers
intervene militarily to impose the peace they want as occurred in the Iran-Iraq war in 1988, the Bosnian
war in 1995 and the Kosovo war in 1999 among others. Nevertheless as “Development by Other
Means: The War in Somalia” makes clear things do not always go as planned for the masters of war.
And of course the US-led occupations of Afghanistan and Iraq have turned out disastrously.

This pamphlet collects articles by a variety of communists on some of the wars that have been
fought since 1990 as well as “War, Globalization and Reproduction” by Silvia Federici which is an
account of how neoliberalism (the capitalist programme in response to the crisis, more commonly
called “economic rationalism” in Australia) has meant war in many parts of the globe.

“Development by Other Means: The War in Somalia” first appeared in the communist magazine
Wildcat #17, Spring 1994.

“Short Account of a Proletarian Catastrophe: The War In Chechnya and the Problem of Capitalist
Reconstruction in the Caucasus” first appeared in the communist magazine Undercurrent #8, 1999.
Undercurrent have a website at: www.anti-capital.net/undercurrent/index.html

“Afghanistan: A Potted Social History” was written in September 2001. Other articles by its authors,
Melancholic Troglodytes, can be found at: www.geocities.com/nowar_buttheclasswar/index.html

“War, Peace and the Crisis of the Reproduction of Human Capital in Former Yugoslavia” was included
in an anti-war brochure published by The Balkan Interior Enemy in Athens in June 1999.

“War, Globalization and Reproduction” was one of only two good articles among a lot of
academic liberal nonsense in the book There is an Alternative: Subsistence and Worldwide
Resistance to Corporate Globalization, Veronika Bennholdt-Thomsen, Nicholas Faraclas and
Claudia von Werlhof (eds), Spinifex Press 2001. Other articles by Silvia Federici can be found at:
www.commoner.org.uk/ 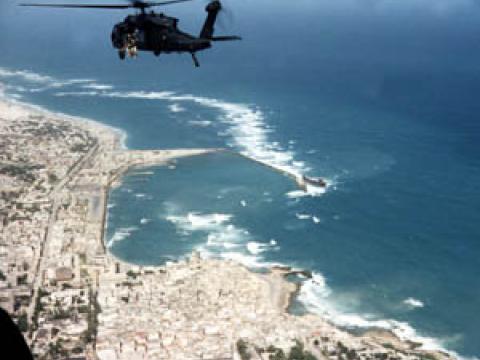 Somalia: Development by other means - Wildcat

Article analysing the war in Somalia in the early nineties, and the destruction of pre-capitalist social relations there through both military…