North of the border: a look at anarchism in Scotland

Rob Ray interviews Declan of the Alba Anarchist Federation and Nick Durie of Praxis Glasgow in this 2008 feature for Freedom newspaper.

Scotland has had a strong tradition of class struggle. Are there many links between today’s younger and older radicals?

Declan [D]: Most of the anarchists of the inter-war years and just after, people from the Anti-Parliamentary Communist Federation and the Workers Open Forum etc. are gone now. The last living link to the activism of Guy Aldred etc. was John Taylor Caldwell, who passed away last year. There are certainly libertarians who have been active since the 1960s and are still doing it today!

Scotland seems to be reasonably active. Are there any groups who aren’t perhaps so well publicised?
D: I’d like to say yes, there are groups everywhere, but unfortunately that wouldn’t be true. However, there are some green shoots emerging, notably in Stirling, Dundee, St.Andrews and Dumfries. There are comrades, isolated but trying to build something in difficult conditions, all over Scotland. There’s room for optimism.

Following devolution…where do you think…Scotland has changed, if at all since?
D: There are more jobs for the boys and girls in various quangos! To be honest, there’s no ‘national renaissance’ underway, though I think there’s a small growth in everyday optimism amongst a certain layer of the population. Life is pretty much exactly the same for workers up here as before the SNP victory.

In recent times…the Scottish left has tended to be larger and better organised than in England. What sort of levels of engagement do you tend to find for radical politics?
D: There’s a bit of a myth that there’s a considerably larger audience for revolutionary class politics in Scotland than in England. It’s based upon the fact that the SSP managed to bring together a majority of the left for a period of time and had a group of MSPs, something the left have never been able to do down south.

That was obliterated following the split with Tommy Sheridan and the 2007 elections. Today, the SSP is reorganising, Solidarity still unites the SWP, Committee for a Workers International and the Tommy S fan club. Both parties have a diminished presence outwith Glasgow, Edinburgh, Dundee and a few other places.Putting down roots in working class communities and workplaces is as much hard work up here as in England or Wales, unfortunately.

Nick [N]: Overall levels of consciousness do seem to be higher in say Glasgow than they are in Birmingham, but that doesn’t necessarily mean better organisation. What there is is primarily Leninist and electoral. We do have a real opportunity now that the Leninist left is in disarray to rebuild in the trade union branches and in communities – things like the tenant’s movement, which has stabilised and won important gains.

Was having that larger broad left group good or bad for anarchists?
D: At the end of the day, anarchists and libertarian communists need to organise themselves, regardless of what the left are doing at any given time. The SSP presents itself as different to the traditional Trotskyist left, more pluralistic, libertarian even. But, despite the rhetoric, they defend a social democratic/left nationalist and statist politics at odds with a genuine libertarian and internationalist perspective.

What is the relative strength of the unions in Scotland, and where are the more militant holdouts, if any?
D: In terms of union density, Scotland is higher than England and Wales – but that doesn’t translate into more militancy. The level of combativity isn’t notably higher than elsewhere; though we have had the recent one day strike over pay in Local Government. The involvement of the rank and file was distinctly low. The RMT up here was affiliated to the SSP, but after the split is now unaffiliated. They recently absorbed the Offshore Industry Liaison Committee, an independent union that was a product of militant struggles in the oilfields in the 80s. There’s also a National Shop Stewards Network in Scotland, which is fairly new but reflects the SSP schism.

N: There hasn’t been much of a grass roots focus for a long time and there has been a tendency to have middle-aged unionists who are a bit jaded from a decades-long losing streak. If there is a difference with things like strikes it’s that we have the energy sector, where the unions are relatively strong, and manufacturing. One of the things which has been particularly problematic is unemployment – which approaches 50% in Glasgow in places. There are a lot of people who aren’t in trade unions simply because they aren’t in work. There’s a few rumbles from the consierges in Glasgow, parking attendants, cemetery staff… all of that could kick off, but there’s a poor level of organisation – even if our membership levels are a bit higher.

One of the big success stories was the Crichton Campus campaign…how have the IWW fared since then and how prominent are anarchist ideas in the branches? Where is it most organised?
D: The IWW in Scotland is numerically strong and there are local Branches in Edinburgh, Clydeside and Dumfries, whilst there are groups in Aberdeen, Stirling and St.Andrews. The Clydeside branch is the biggest and there’s a workplace branch at the University of Glasgow. The Edinburgh branch is undertaking a lot of Migrant worker solidarity and outreach, particularly amongst the Polish community. This is bringing in a lot of people and is very exciting. There’s also a Scottish IWW Education Workers organising committee which is taking off at the moment.

It’s hard to say how ‘prominent’ anarchist ideas are in the IWW up here. The union doesn’t promote partisan politics, so there are plenty of socialists and people who don’t have a label in the union. Certainly, much of the left sees the IWW as a little anarchist only union. Maybe it’s the red and black union flags…it’s not true!

Do other anarchist federations have much of a presence?
D: Well, there’s a small Solidarity Federation (anarcho-syndicalist) presence in Edinburgh and some members of Liberty and Solidarity (the new platformist group). The Anarchist Federation has new groups in Glasgow and Stirling and individual members in most parts. The AF has had a presence in Scotland since the early 90s and in the early 00s we had a Glasgow group which produced a bulletin called Ar-a-mach (Scotttish Gaelic for Uprising). We are planning an Educational Dayschool and a new bulletin. At the moment we are meeting nationally, distributing Resistance and AF literature and are involved in the IWW, Glasgow Anarchists, Praxis and the Autonomous Centre of Edinburgh.

N: There hasn’t been historically a unified organisation, mostly things have been organised around loose affinity groups and campaigns. It’s positive that there’s been some growth from the AF but we’re still very marginal and sidelined by the larger social democrat groups. The official launch for Praxis (a platformist group) is in the middle of September, which is based in Glasgow and Edinburgh with about a dozen members, and we’re planning to recruit heavily. We’re close to Liberty and Solidarity in England with individuals being very involved, but decided to remain separate.

How about community politics etc.?…is there much support for Platformism? (ed's note: platformism was a topical question at the time, as Liberty and Solidarity had recently formed and Praxis were considering joining them)
D: We think involvement in community campaigns can bring results that show that direct action gets the goods and that politics aren’t something separate from people’s everyday lives. AF members from Praxis have been particularly involved in this.

Is there more support for Platformism in Scotland than England? I think class struggle based anarchism is certainly strong up here. Historically, the anarchist movements in places like Fife and Glasgow were working class movements, not sub-cultural. I think anarchists up here are generally pro-organisation, they see the need for consistant activity. The AF attempts to offer a theoretical and organisational framework and general continuity to activity and has attracted people already active in Scottish libertarian politics.

There’s a lot of activity up here in the area of Asylum Seeker and Migrant worker solidarity, the direct action anti-militarists and the Edinburgh Chiapas Solidarity work has been a long-term campaign with a high profile. The Glasgow Anarchists are bringing anarchist politics into the streets, making anarchist ideas available. If the anarchist movement wants to be accessible, it needs to be visable – I think that’s a basic! I think these are times of great potential in Scotland, for libertarian politics, for anarchist organisation and working class self-organisation. But, we’ve a long way to go.

N: For the first time there seems to be a hegemony of class struggle anarchist ideas within Scottish anarchism. But some of the stuff which is being done is useful class building stuff and some of it is still pretty incidental. The anarchist movement is marginal, we have a lot to do. 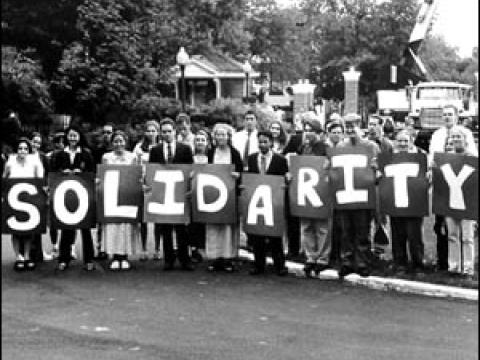 Kent Anarchists are a new local group trying to find their feet, obviously, in Kent - of all places. They recently put out a number requests for… 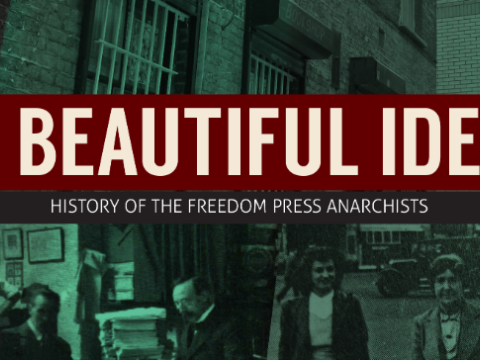