Some thought from Andrea Alakran on anarchism, “authoritarian leftism,” and disability justice. “Who is liberation for if only the fittest make it to the finish line?”

Written by Andrea Alakran, originally published at their blog.

This is a republished article written by anarchists in the archipelago known as the Philippines or its diaspora. We at Bandilang Itim wish to highlight and disseminate these works to better propagate the ideas of anarchism and libertarian socialism in the archipelago.

I identify as an autonomist leftist largely based on personal experience. Autonomist can be used somewhat synonymously with anarchist — I use the term because peoples’ conception of anarchy usually = total chaos, which more often than not derails any further conversation about it.

I was first introduced to Philippine nationalism when I was younger, but I’ve moved away from primarily nationalist political spaces because of constant authenticity checks, essentialism, and erasure of indigenous peoples under state-enforced identity. I also was looking for ways to speak — and resist — in more intersectional terms.

I’m a brown queer femme. I’m anti-imperialist, anti-state, anti-patriarchy, prison abolitionist. I’m for third world liberation and joint struggle. I’m 1.5 generation — all of these things mean that I am constantly building my home in the margins.

I understand anarchism as a collective means of living/a form of relationship that strives to be explicitly non-hierarchical and anti-authoritarian in its decision-making processes.

Principles that I stick to are non-hierarchical collectivism — which basically means that anyone can and should be able to plug in based on their abilities and capacity. I’m about accessibility in organizing — especially around disability and chronic illness. I’m not down with strict leadership models that sacrifice those at the very bottom in order to “advance” the revolution.

For me, anarchism involves a commitment to combat and challenge all forms of oppression, an integration of communal care practices and mutual aid + mutual investment, and creating spaces for people to be their full selves (in a way that isn’t violent towards others) without fear, shame, or threat to their existence.

My understanding is based a lot less on dead white guy theory and very heavily on what type of organizing can include the parts of who I am. The single biggest reason I began identifying as an autonomist is because it made the most sense for me in terms of how I organize and build with people. Anarchism + abolition are really about dismantling all fucked up hierarchies and systems of oppression, which means I can talk about all the parts of myself (sick brown queer femme) without having to stick to what “the party” dictates.

I try not to make “real organizers are/do [x thing]” statements because I don’t necessarily see a division between Organizers (with a capital O) and everyone else. It feels like the same hierarchical distinction made between Leaders and followers, and it also feels low-key ableist to imply that some people stand at the forefront while everyone else just takes orders.

I’m also really over the idea of leftist martyrdom “for the masses” — as if we aren’t also part of the people trying to get free, trying to have livable lives. None of us are exceptional or superhuman. We have no obligation to run ourselves into the ground and self-sacrifice for the sake of a movement that isn’t mutually invested in our own survival.

A significant difference between anarchism and Marxist-Leninist-Maoism is hierarchy. MLMs depend on cadres (leadership) to make the ultimate decisions, which is why they often stick to a central message handed down from the top. Anarchism is horizontal, which means having a lot of intentional discussions around consensus and each person’s needs. MLM organizing tends to be more oriented towards building critical mass and numbers because they believe that the solution is to displace the current state with a “people’s state” — a point that anarchists fundamentally disagree with because we believe that states in any form simply replicate the existing hierarchies of violence and systems of oppression.

The tensions between anarchist and authoritarian leftist organizing also often come down to questions of capacity, scale, structure, and urgency.

It’s often the case that authoritarian leftist organizing (in its many variations) is willing to sidestep conversations on internal conflict and will readily engage in disposability politics for the sake of scaling up rapidly, at an unsustainable pace. Which is something I’m not down with — because I am definitely one of the people (among many who make up my community) who gets left behind over and over again due to chronic illness, precariousness, limited access to resources, etc. But it’s tougher to build a large group with anarchism because of decentralization — with the intent that the focus is on meaningful relationships and not burn out or exclusion.

What is a “movement” between billions of people who don’t know or have any deep investment in each other? Another frustrating part of focusing on mass movements is that the more that people push for critical mass, the less considerate they are of pace — and the less attention they pay to who they leave behind in the process of growing, growing, growing.

I believe that small and committed groups of people can do big things if they want to. I don’t think we need to change everyone’s mind. I think that change happens all the time, on the ground, in relationship, at a scale that people don’t/won’t take notice of because they are too busy looking elsewhere.

At the same time, we are still working on how to organize autonomously in ways that are resilient and lasting. It seems like anarchist organizing, while more forgiving and flexible, is also far more susceptible to disintegration when hard-line demand for consistency isn’t made. And yet autonomous spaces are the ones where I have felt the most whole, and where my needs and limitations have been taken seriously.

What does all of this mean in the face of urgency?

How do we prepare for intensified state violence and scarcity without pre-emptively committing ourselves to the idea that we have to lose and sacrifice people along the way? (And who gets to choose who is left behind or sacrificed?)

Urgency, first and foremost, brings up questions of scale, and recruiting rapidly to meet or exceed critical mass. To me this immediately sounds like a quick way to replicate a lot of toxic situations full of distrust, and people taking out their unprocessed pain on each other. We carry a lot of trauma and we also bring that into the spaces that we organize in. I really appreciate the phrase “move at the speed of trust” — which involves growing and tending to each individual relationship I have with friends and comrades. And that can feel excruciatingly slow in its own way.

I am trying to understand how we build movements and collectives that are prepared for long-term resistance — without just leaving the weakest and most vulnerable behind to fend for themselves. It can be depleting, though. The feeling of failure, of having to hit the reset button over and over in spite of different sorts of fragmentation and barriers can be daunting and is one of the bigger causes of my depression and isolation. But it’s the work of collective survival for those of us who still believe in the possibility of life. I’ve thought of it for a long time as intentionally, carefully carving out spaces for ourselves in the margins — I inhabit so many in-betweens, and I’ve also found so many others here.

What does it take to maintain a uniform political line for so long? Who is erased? Who is made invisible?

What would it look like to slow the pace of organizing so that people aren’t left behind because they can’t physically, emotionally, or materially keep up?

We are surrounded by crises but is it still possible to respond with deliberation? To take (or free) more time? To make demands through rest instead of rushing to produce?

What if we think of urgency as a constant instead of as an emptying hourglass? (Related: what if we didn’t see climate change as the end of our species but as something to still prepare for, as a reason to build tools for future generations to be able to move through?)

Who is liberation for if only the fittest make it to the finish line?

What would it look like to slow the pace of organizing so that people aren’t left behind because they can’t physically, emotionally, or materially keep up? Who is liberation for if only the fittest make it to the finish line? 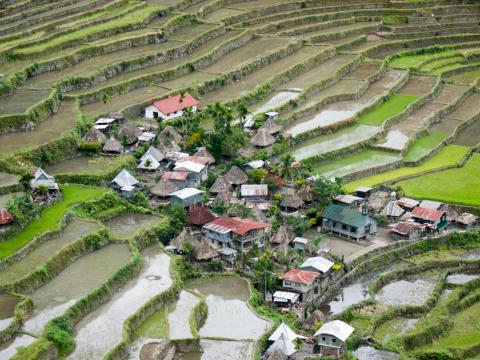 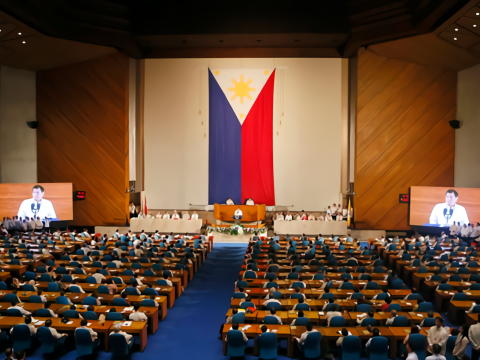 An article on the power of institutions for control and domination with a note on the state. 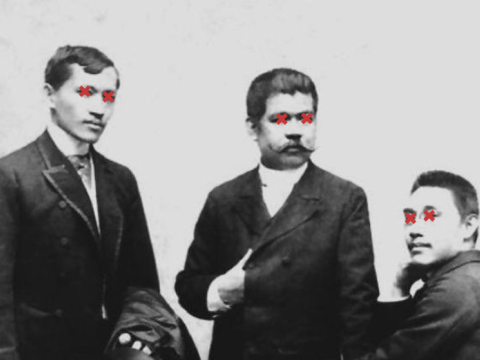 Kill Your Heroes: A Filipino Anarchist Discussion about National Heroes

On December 30, the day set aside to commemorate Dr. José Rizal, scientist, author, and icon of the… 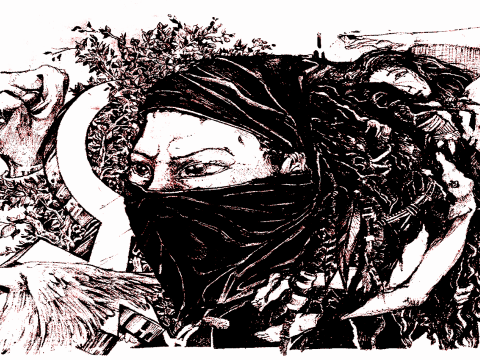 An introduction to Anarchy written in Filipino.