It can be argued that the U.S. owes a collective “morality debt” of diplomatic reparations for centuries of state-sponsored terrorism and deplorable interventionism in and around the Republic of Colombia. Numerous “banana republics” joined Colombia, resulting from 500 years of “gun-point capitalism” fueled by the U.S. State department at the behest of multi-national corporate interests.

Since the arrival of Christopher Columbus, after whom Colombia takes its name, an utter disregard for the democratic interests of Latin American citizens has been the only constant down through history.

Colombia has had to endure an unending tug-of-war between heavily militarized, rival political factions, ravaging a democratic system long fraught with corruption, often marked by human rights violators on all sides; persistently enhanced by external forces (the U.S. government notwithstanding).

As leftist guerrillas and right-wing paramilitary groups leave the countryside drenched with civilian bloodshed, cocaine distribution maintains virtual “shadow governments” either in league with, or in spite of, traditional local law enforcement. Any and all outside attempts to evolve these truisms ceaselessly serve to only further exacerbate the seemingly insurmountable chaos that is life in Colombia.

Barack Obama’s presidency has successfully managed to “downplay” U.S.-Colombian relations, which can only serve to help dissolve the perceived “Faustian coalition” of ex-Presidents Alvaro Uribe and George W. Bush. Political discussions turn to feeding frenzies in the U.S., dominated by domestic difficulties, draining much of the administration’s focus away from foreign policy goals, in favor of scrutinizing “homeland concerns” and rampant joblessness. With backsliding economic conditions spurring fears of a “double-dip recession”, 2010’s midterm election season forces a “protectionist” backdrop on the national discussion over trade agreements and treaty signing; a predictable development during times of fiscal difficulty.

Complimenting President Bush’s departure from power last year was the simultaneous vanishing of Republican majorities in both the House and Senate. Such a "sea change" in public policy often results in “mixed messages” being sent out by the U.S. government to other nations. Old policy initiatives blend or clash with new ones as the partisan pendulum swings wildly in Washington, depending on the mood of the American voting public. True to this trend has been the Obama team, effectively shifting policy towards Colombia (and indirectly, Venezuela).

Obama’s scaled-down posturing toward Venezuelan President Hugo Chavez allowed for the unfreezing of the sovereign staring contest between Colombia and its adjacent Socialist neighbor. That is, until last month, when Colombia's "lame duck" President Alvaro Uribe accused Chavez of complicit assistance to FARC rebels at an emergency meeting of the Organization of American States (OAS), called to order for the sole purpose of placing these assertions “on record”. The investigation stemmed from the diplomatic leftovers of the former Bush administration, determined to oust Chavez through legal measures (since the CIA-led coup attempt had fallen short of its stated goals).

Uribe technically charged the Chavez regime with “harboring terrorists”; the culmination of Bush-era policies and “diplospeak” reminiscent of the rhetoric used against the Taliban prior to the U.S. invasion of Afghanistan. The official “finger-pointing session” involved alleged photographic evidence of FARC guerrilla activities within Venezuela, having presumably crossed-over the Colombian border unmolested. How this does not serve as a damning reflection on Uribe’s famed "security government" remains unclear, since the rebels had slipped out of Colombia without altercation. The porous nature of the border-zone shared by Venezuela and Colombia should be one of equal sovereign responsibility, shared by nations on either side of the imaginary line.

Hundreds of FARC encampments exist regionally, outside of those known to be operating in Colombia and Venezuela. While these militant Marxists maintain their greatest presence in Colombia, the guerrilla group remains entrenched throughout Brazil, Ecuador, Peru and Panama. Nevertheless, it is Chavez who bears the indictment of “harboring terrorists”, frequently demonized as the common enemy of Western capitalism.

Coupled with Uribe’s controversial agreement to allow the U.S. military ceaseless access to seven different bases strategically scattered around Colombia, the scene was now set for an incursion with Chavez; backed by the Americans.

At least, this is how Chavez perceived these developments, often skirting the fine line between “paranoia” and “heightened awareness”. Immediately, Chavez implemented sanctions and import restrictions, aimed at crippling the Colombian economy, dwindling trade relations from a robust $7 billion annually to less than $2 billion in 2009. The Uribe administration was suffering for its unyielding support of Bush policy, but desperately depended upon the enhanced financial support that had emanated from Washington since the last days of Clinton.

In June, President Obama met with President Uribe at the G20 summit in Toronto, Canada, presumably giving tacit approval for the impending anti-Chavez demonstrations at the OAS presentation the following month. But the summer would be long, and Colombian democracy would shift its leadership gears with a presidential election. Refreshingly pragmatic, Santos' centrist, inclusive policies could guide Latin America away from proxy-driven confrontation and toward diplomatic reconciliation accompanied by random acts of economic cooperation (a concept previously dismissed as radically counterproductive).

Relations between Caracas and Bogota thawed instantaneously when Juan Manuel Santos was inaugurated as President of Colombia on August 7th. Santos had been Defense Minister under former President Uribe, managing to cash in on his predecessor’s “security gains”. He also promoted the former ambassador to Venezuela, Maria Angela Holguin, to the position of foreign minister; showing his administration's commitment to healing relations with the Chavez regime.

In 2008, Santos had supervised the Colombian excursion into Ecuador; an illegal invasion pursuing FARC, supported by the U.S., and portrayed in the media as an essential part of the international war on drugs. For his part, Santos earned an Ecuadorian arrest warrant, complete with an extradition request (currently suspended, in lieu of his becoming President of Colombia).

Subsequently, Santos was viewed as a conservative hawk that would mirror the foreign policy views of Uribe. But as elections approached, Santos started indicating he would stray from the status quo of standoffishness with Venezuela. Upon claiming a sweeping electoral victory, he began issuing olive branches at once; Venezuela’s Chavez and Brazil’s Lula da Silva being among the first recipients of “open-arm diplomacy” from the typically “hard-line” Colombian Republic.

If the American "cash cow" was to suddenly vanish, for example, Santos would need avenues of trade with Venezuelan partners to re-establish themselves if a Colombian economy had any reasonable hope for self-sustenance. Either the Bush II administration neglected to consider the mutual necessity of “open trade” between Bogota and Caracas, or they had counted on severing these ties in order to enhance the need for diplomatically motivated financial aid; the sort of quid pro quo that would permit U.S. access to the “seven daggers” (the proposed U.S. military bases in Colombia, as described by Chavez).

Such has been the imperialist stance regarding Colombia, maintained by U.S. military planners without exception, dating back to the Reagan administration. Former President Clinton’s attempts to establish a Free Trade Agreement (FTA) with Colombia may have hoped to bolster neoliberal policies of so-called “globalization”, but instead result in a multi-billion-dollar U.S.-Colombian military-industrial complex.

Throughout South and Central America, the perpetual war declared against “narco-traffickers” justifying the billions in military aid to Colombia is seen as an irrational, unholy alliance intended to sustain an American presence in the heart of Latin America; nothing more.

Undoubtedly, the Colombian government, under the leadership of Santos (or any of his recent predecessors, dating back to Pastrana) looks to continue receiving foreign aid and investment; particularly the American kind.

Earlier this year, William Brownfield, the U.S. ambassador to Colombia, summed up the “collaborative efforts” involved with the presence of military bases, and the subsequent displays of economic cooperation to follow. Brownfield explained to Elespectador, “the president does not support the concept of putting U.S. armed forces (on) Colombia’s military bases… at present, we have 240 U.S. military in Colombia, more than half at the embassy.” Brownfield goes on to suggest the agreement with Colombia resembles the same “military cooperation” the U.S. presently enjoys with “120 nations”.

Nevertheless, the Colombian Supreme Court decided last month that the “base deal” struck between Uribe and Bush was “unconstitutional” on its face, having side-stepped the pre-determined congressional channels. In light of these developments, and the fallout which followed the announcement of the deal in the first place, questions now arise as to whether or not Obama will even attempt to have Santos resurrect the legislation.

In the wake of the fiscal calamity caused by Venezuela’s trade embargo against Colombia, the Santos administration may do well to just let the thing die. Obama displays no desires to stop funding the Colombian military, and has “doubled down” on the social programs initiated by Bush II prior to leaving office. With that being said, no one should expect the Americans not to utilize the $46 million approved for restoring the Palanquero military base, quietly passed by Congress last year with little fanfare.

As for “military cooperation”, pre-existing agreements (some Nixonian, some dating back to FDR) would continue to suffice multi-national business interests, even if the U.S. State Department did eventually choose to expand its “weaponized” presence in Latin America. Of primary concern to anti-imperialists everywhere: no two heads-of-state should be able to hammer out an arrangement of such strategic importance without the involvement of their respective parliamentarians (and by democratic extension, the People).

For deciding that the “deal” should follow the pathways reserved for international treaties, the Colombian Supreme Court deserves the respectful support of popular acknowledgment, from North and South Americans alike.

For steering the United States of America away from an antagonistic stance towards the Chavez regime through Colombia by way of its customary reliance upon “diplomacy-once-removed”, the Obama administration should meet similar commendations.

Amidst this hotly contested midterm election year, given the American public’s unprecedented detachment from foreign policy concerns, popular acknowledgment of democratic principles and constitutional adherence proves to be in minimal supply; at home and abroad.

These developments are welcomed by the OAS with virtual unanimity. The same goes for the United Nations, as well as foreign investors seeking a future Colombia secured with a viable economy and a neighborly, democracy-fed government.

The American people should echo, and support, these sentiments; all politics aside. 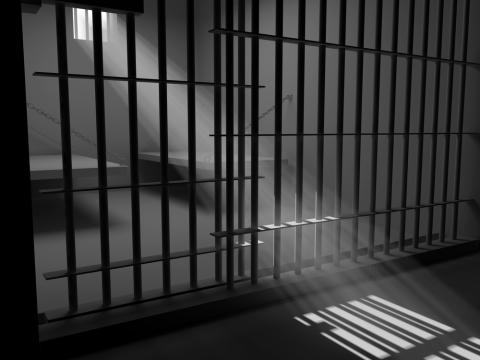 More than 11,000 Colombian prisoners across 21 jails are now over two weeks into a hunger strike and…

This Friday marked the first anniversary of the deaths of Zyed Benna and Bouna Traoré, who were electrocuted in an electricity substation while hiding from the police. Their deaths sparked off a wave of rioting across the French suburbs which left over 10000 vehicles burnt, 300 buildings destroyed, over 6000 arrests, 1328 imprisoned, 224 police/firefighters injured.
Image 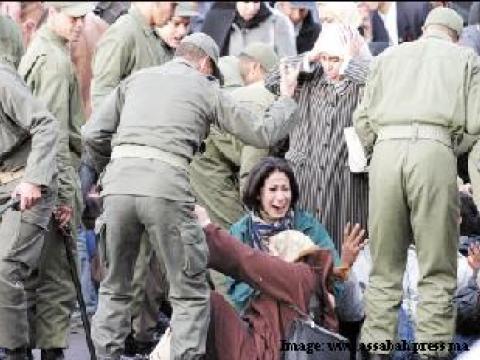