Truck drivers plan to occupy the Polish HQ of the firm until fired union members are reinstated.

About 20 drivers from Schavemaker Transport occupied the firm's Polish headquarters in Katy Wroclawskie yesterday. They are determined to stay there until their colleagues, dismissed in a union-busting campaign, are reinstated. The action comes after drivers protesting in Holland and another Polish city were beaten by security goons hired by the company.

On February 20, the drivers formed a union called "Jedynka Wroclawska", working inside Solidarity. 60 out of about 80 workers joined - but the Dutch boss did not accept the union and fired 15 unionists in March.

The working conditions of the Polish drivers (who perform identical work to Dutch drivers employed by the firm) are quite poor. The drivers receive 1400 zloties (315 euro) a month, just above the Polish minimum wage, even though they are working outside of Poland. They also receive money for expenses but this has been cut from 42 euro to 35 euro per pay.

On Sunday, March 29, drivers have been striking since Sunday. They are demanding reinstatement of their colleagues, recognition of their union and improved working conditions. They stood in different truck parks around Europe - they stopped work wherever they were. Drivers are still stopped in Germany, Spain and Portugal.

On Tuesday, March 31, the drivers showed up at the Dutch HQ of Schavemaker Transport in Breda Hazeldong, 100 km from the Hague. The owner rented security guards who beat 12 protestors, some of them unconscious. One person was hospitalized with serious injuries. lice have arrested the owner of the company, who ordered the beating and four of the security guards.

Some of the workers claim that these 12 protestors and others have also lost their jobs.

In the meanwhile four Polish drivers who were in Germany came to the Polish city of Olszyn to protest. While they were in their trucks, their windows were smashed and they were thrown out of the trucks. This was done in the presence of the local police. The firm claims that this is an "illegal strike" so they have the "right" to secure their property and fire the strikers.

On Wednesday some drivers showed up with a protest in Katy Wroclawskie at the Polish HQ of the firm. On Thursday they managed to enter the HQ where they are holding an occupation.

Update: As it turned out, the strikers were not prepared for the occupation and did not have food, water or blankets with them. The security guards did not beat them up but did not let anybody in with food. One protester fainted and was brought to hospital. 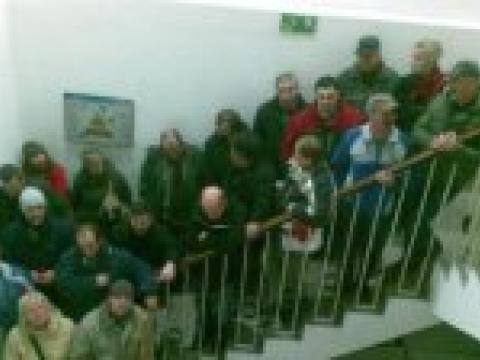 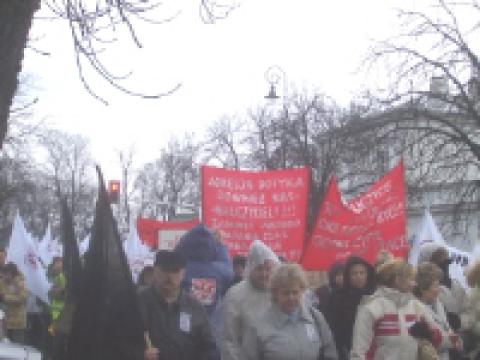 Over 12,000 teachers demonstrated today in Warsaw. Among their demands were not only calls for a pay rise and retention of early retirement… 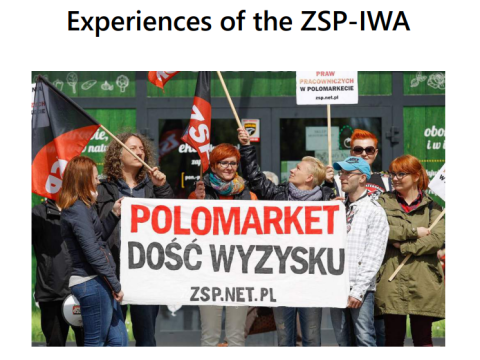 A retrospective on the experiences the Union of Syndicalists (ZSP). Written for their 15th anniversary by Laure Akai. The PDF briefly describes…