The Old Man and the Coup

This article looks at the recent events around the removal of Robert Mugabe from power in Zimbabwe. It argues that this will not bring liberation for the people of Zimbabwe, as it does not address the problems Zimbabwe faces - a ruthless ruling class, its state, capitalism and imperialism

Robert Mugabe, the longstanding authoritarian ruler that has waged a war against Zimbabwe’s poor, is gone. He was forced to resign in the wake of a coup – although the main actors in the coup comically denied it was one.

When it was announced that Mugabe was exiting power, tens of thousands of people took to the streets of Harare to celebrate. Many are hoping that his exit will bring change for the better for Zimbabwe. This hope, unfortunately, may be wishful thinking. The reason for this is that Mugabe was a symptom of far deeper problems, and without addressing those problems, Zimbabwe cannot be free; nor can there be genuine equality. Similarly, those that removed Mugabe are cut from the same cloth, and come from the same ruthless ruling class.

Seeing the coup in context

The context of the coup can’t be separated from the fact that Zimbabwe has been living through massive economic crisis, that it has been governed by a ruling class that has clung to power by any means (of which Mugabe is only one member), and that this ruling class has used its control over the state to plunder.
In fact, Zimbabwe’s ruling class has historically needed positions or connections to the state to accumulate wealth. This relates to the fact that colonialism stunted the development of black capitalists in the country.

From the beginning of independence, therefore, the state has been critical in building a ruling class around ZANU – it is the only source they have to become rich. As a matter fact, Zimbabwe demonstrates how through entering into top positions in the state, ex-liberation leaders can and do enter into the ruling class; how they can and do become governors over people; and how they can and do use their positions to amass wealth on the backs of people.

Competition for state positions has always been intense

Due to this, the reality is that since independence competition to enter into top positions in the state has been fierce. This is partly why top leaders in ZANU – around Mugabe, Mnangagwa and the military generals – used force to undermine the power of their rivals in ZAPU in the first years after independence, which culminated in the Matabeleland massacres in 1983 in which 20 000 people were killed by the state. It is also why they used terror, including mass rape to intimidate opponents, to undermine the possibility of being removed from top positions in the state through elections in 2008 and in 2013.

As the economic crisis in Zimbabwe has worsened since the 2000s, competition for positions in the state has become fiercer, leading to factures in the ruling class and within ZANU itself. In the fight for state positions to accumulate wealth, two factions emerged in ZANU – the G40 and the Lacoste factions. This is where the roots of the coup lie – in an intra-ruling class brawl to control the state to loot.

In recent years, Mugabe has aligned with the G40 faction – which is a faction comprising of a younger generation of aspirant black capitalists, such as Jonathan Moyo and Grace Mugabe. It is this faction that benefitted from the state’s ‘indigenisation’ and land reform policies, gaining 51% interests in numerous corporations in the agricultural, retail and mining sectors. It is also this move by Mugabe to promote the interests of the G40 that has led to the coup against him.

Indeed, the G40s use of the state to amass wealth set it on a collision course with the faction in ZANU – the Lacoste faction -around Mnangagwa and the generals. In the grab by the G40 through the state of shares in companies, the Lacoste faction had their interests trampled on. The generals were angry at Mugabe for his promotion of a younger venal layer in the form of the G40 at their expense.

The Lacoste faction is extremely close to the Chinese state and capital. In fact, Mnangagwa established a joint company with Chinese capital, called Sino Zimbabwe, to mine parts of the Marange diamond field – perhaps making him the richest person in Zimbabwe in the mid-2000s. To ensure that the mining could go ahead, Mnangagwa and the generals unleashed the army to drive people off the land in 2008; and in the process several hundred people were murdered.

More recently too, the G40 faction and Mugabe have been side-lining and taking shares in Chinese companies, through the policy of ‘indigenisation’. The Chinese state and capital are the largest investors in Zimbabwe and they were angered by the G40 and Mugabe moving in on their interests. When Mugabe further moved against the Lacoste faction by firing Mnangagwa – who is backed by the Chinese ruling class – the fuse for the coup was lit: and the old man’s time was up.

On being fired Mnangagwa went straight to China. He was soon followed by leading generals who met with the Chinese military in the aftermath. While we may never be certain what was discussed, it can’t be an accident that a coup followed within less than a week of these visits. Signs are Mnangagwa, his generals and the Chinese state worked together to develop plans for the coup to remove Mugabe.

Indeed, as soon as the coup happened, the generals announced foreign investment would be welcomed, it was alluded to that the ‘indigenisation’ policy would be reversed and investments ‘protected’. This was a clear message to the Chinese state that their interests that had been handed by Mugabe to the G40 faction would be handed back.

The problem though is that Mnangagwa and the generals are no better than Mugabe; and the Chinese too are not better imperialists than Britain – all are as equally vile as one another. In fact, Mnangagwa, the generals and the Chinese have been involved oppressing and exploiting Zimbabwe’s working class (workers and the unemployed) for years. Their ascension to power will not bring a better Zimbabwe – the faces heading the state have changed slightly, but the practices are unlikely to change.

Even if the opposition is welcomed into a new transitional government along with Mnangagwa and his faction in ZANU, those that head the state will continue to exploit the people of Zimbabwe and democracy may stay limited.

This means if Zimbabwe is to be free, it will have to be freed by the workers and the poor themselves – the hard and slow task of building a new movement to do this can’t be avoided or abandoned because of the coup. A struggle needs to still be waged against the Zimbabwean ruling class, its state, capitalism and imperialism if there is to be Uhuru.

As above. There is also this additional more specific and up-to-date article from the ICT/CWO;
www.leftcom.org/en/articles/2017-12-05/zimbabwe 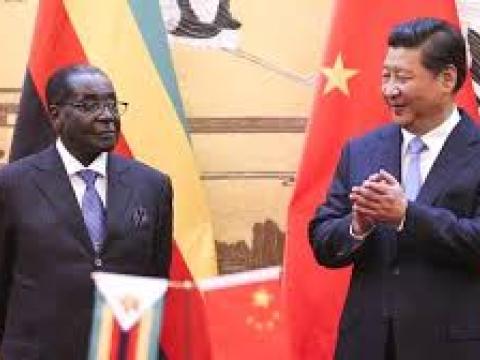 The removal of Mugabe means only that the ruling elite will seek new imperialist links to solve the economic mess the country is in. Zimbabwe…
Image 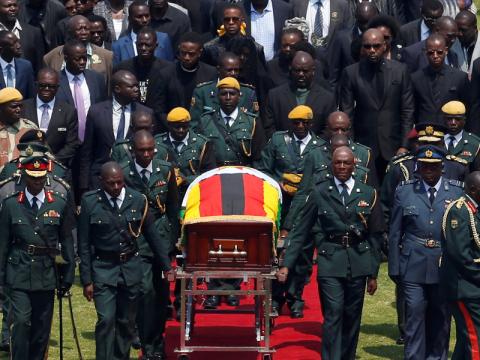 Rosa Luxemburg argued before World War One that in the epoch of imperialism national liberation stands opposed to working class liberation. The…
Image 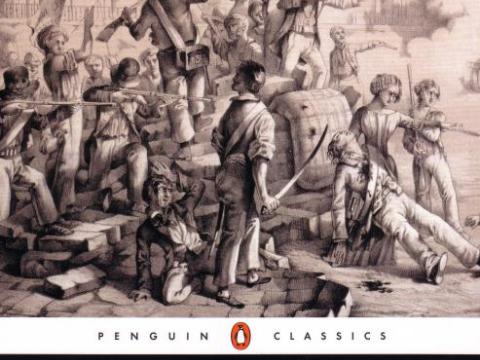 Karl Marx is arguably the most famous political philosopher of all time, but he was also one of the…
Image 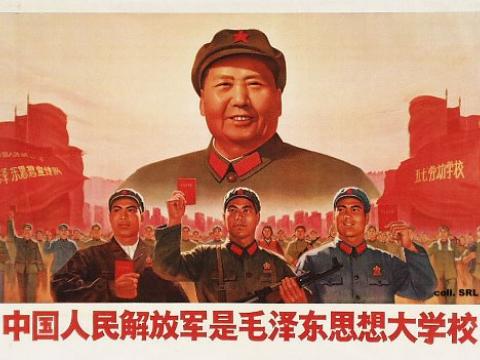