George Orwell towards the end of his life kept a list of 'crypto-communists and fellow travellers' including Alex Comfort, author of the Joy of Sex and sometimes contributor to anarchist publications, and Paul Robeson. Paul Robeson was described as 'too anti-white', in 1949 Robeson had been targeted by racist riots in Peekshill, New York having spoken out against the KKK.

He not only maintained the list but sent a selection from it to the British Government's Information Research Department.

For decades George Orwell’s blue quarto notebook filled with the names of 135 “crypto-communists and fellow travelers” languished mostly unexamined in the George Orwell Archives in London, attracting only passing interest from the few scholars granted permission by Orwell’s estate to examine the material. In his 1980 biography of Orwell, Bernard Crick, for example, made only a brief allusion to the list, writing that Orwell worried about “communist infiltration . . . and kept a notebook of suspects.” Many of those listed, Crick said, “are plausible as possible underground or front members, but a few seem far-fetched and unlikely.” A decade later Orwell’s authorized biographer Michael Shelden speculated that Orwell was “engaged in a continuous exercise of determining who was sincere and who was not.” The notebook was “primarily to satisfy [Orwell’s] own curiosity,” Shelden wrote.

The notebook included 135 names of those whom Orwell suspected of having affiliations with the Communist Party or sympathies with the very idea of “communism.” Among them he mentioned poets such as Stephen Spender, whom he described as a “sentimental [communist] sympathizer,” “very unreliable,” and “easily influenced.” George Bernard Shaw was, he wrote, “no sort of tie-up, but reliably pro-Russian on all major issues.” The historian A. J. P. Taylor was “anti-American”; Isaac Deutcher was “a sympathizer”; Richard Crossman was a “political climber” and “too dishonest to be an outright f[ellow] t[raveler]”; J. B. Priestley was “a strong sympathizer,” “very anti-USA,” and “makes huge sums of money in the USSR.” The Scottish poet Hugh McDiarmid was “probably reliably pro-Russian” and “very anti-English.” C. Day Lewis was “not completely reliable” and the Irish playwright, Sean O’Casey, was “very stupid.”

Orwell’s notebook of “crypto-communists and fellow-travelers” inscribed “communism” in the form of various threats to the homogeneity of English culture. He observed, for example, that the historian Isaac Deutcher was a “Polish Jew”; that Ian Mikardo, a columnist at the Tribune, was “silly” and “Jewish”; that the writer Cedric Dover was “Eurasian”; that Paul Robeson was a “US Negro” and “very anti-white”; that the M. P. Konni Zilliacus was “Finnish” and “Jewish”; that the biologist J. D. Bernal was “Irish”; that Louis Adamic was “Jugo-Slav” and “very anti-British”; that Vera Dean was “Russian”; and that the French intellectual E. Mounier, author of La Pensée de Charles Péguy (1931) was “slimy.” Indeed, Orwell once wrote to his friend Dwight McDonald that he could “smell” a crypto-communist. Irish and Scottish writers, such as Sean O’Casey, Liam O’Flaherty, and Hugh McDiarmid, were recast and refashioned as communist threats

From the 135 names in the notebook, Orwell drew up a more limited list of thirty-five, which he sent to the Information Research Department (IRD) on May 2, 1949. “It isn’t very sensational and I don’t suppose it will tell your friends anything they don’t know,” he wrote the IRD. “At the same time it isn’t a bad idea to have the people who are probably unreliable listed.” Orwell's listThis list—whose contents, it should be stressed, we can only infer from Orwell’s annotations in his notebook (the list in the IRD’s possession remains classified as a state secret by the British government) —included the historian E. H. Carr, the economist G. D. H. Cole, the Dean of Canterbury Hewlett-Johnson, the New Statesman’s Martin Kingsley, P. M. S. Blackett, W. P. and Zelda Coates, the journalist Walter Duranty, the pundit and M.P. Tom Driberg, the writer Cedric Dover, the Picture Post’s Tom Hopkinson, the M.P. Lester Hutchinson, the News-Chronicle’s Stefan Litauer, the Observer’s Iris Morley, John Macmurray (author of The Clue to History), the poet Nicholas Moore, the novelist Liam O’Flaherty, the News-Chronicle’s Ralph Parker, the M.P. D. N. Pritt, the Pan-African Federation’s George Padmore, Beaverbook Press’ Peter Smollet, the Navy commander Edgar P. Young, the writer Konni Zilliacus, as well as seven other individuals whose identities still remain a state secret. Of these seven figures whose identities are unknown, Orwell is even reported to have listed the name of his tax inspector.

Orwell’s notebook of “crypto-communists and fellow-travelers” inscribed “communism” in the form of various threats to the homogeneity of English culture. ...
Irish and Scottish writers, such as Sean O’Casey, Liam O’Flaherty, and Hugh McDiarmid, were recast and refashioned as communist threats

"Recast and refashioned"?? "Threat" or not, O'Casey was explicitly and openly communist (in the Stalinist sense) - joining the British CP after moving to England (probably before this list was made), writing for its press and serving for many years on the editorial board of the Party's Daily Worker paper. He even defended the USSR suppression of the Hungary 56 revolt as a 'sad necessity'.

That's fine to point out, but Orwell gave the information to the Labour Party's IRD which had suppressed the dockers strikes, massacred Nigerian miners, banned and deported industrial unionists in Kenya, begun emergency measures in Malaya (as well as setting up the IRD itself). Paul Robeson had been the target of race riots not long before Orwell called him 'too anti-white'.

You're similarly inaccurate about Liam O’Flaherty - he was a founding member of the Irish CP and a longterm member! Hugh McDiarmid was also a CP member. So hardly 'miscast' as commies. You seem to be misunderstanding the list's function; it wasn't just a paranoid smear job, as your article suggests, but a compilation of actual and likely communists and their fellow-travellers in public life. Though Orwell may have been wrong about some he named.

So the list wasn't, as you claim above, composed only of "names of those whom Orwell suspected of having affiliations with the Communist Party or sympathies with the very idea of “communism”". In many cases their CP/USSR affiliations/sympathies were no secret and had been publicly expressed. Which makes Orwell's compiling of the list all the more pathetic as much of the info was already in the public domain and would've been already noted by the intelligence services.

The article is from here, not mine, so I'm not trying to defend the specifics of what they got right or wrong. I was just pointing out the 'threat' comment, as in terms of the IRD they were concerned about the 'threat' to the British state, not Stalinist co-option.

I guess we could correct it ourselves and change the reference to 'adapted from' or something.

here is the full list that the article mention with names, jobs and remarks

George Orwell an Accident in Society

NICOLAS WALTER wrote an account of The 'New Wave' in Britain in ANARCHY 1, and discussed Raymond Williams' The Long Revolution in ANARCHY 3. 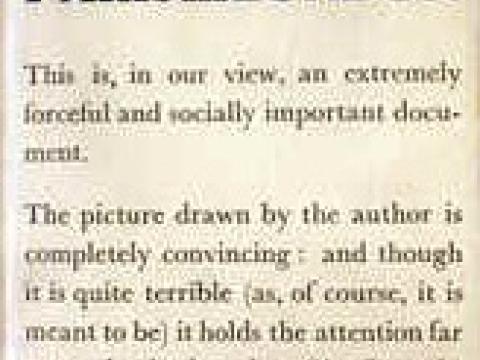 Tramping memoirs from Orwell, where he worked in Paris as a dishwasher and then travelled around London, going from one bedsit to another. 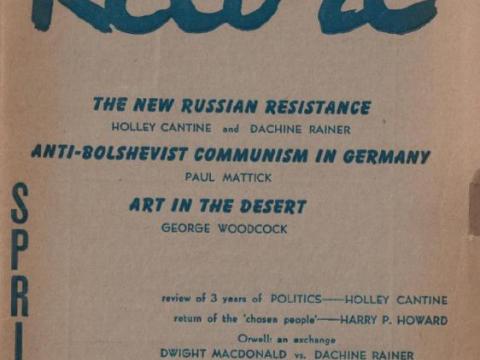 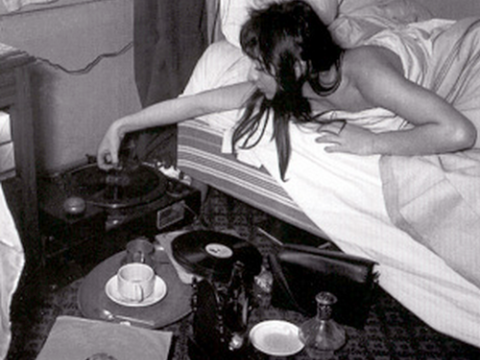 Not wanting to be concerned with money or a safe life typified by a house with an aspidistra plant, a copywriter quits his job to become an…