This year marks the 132nd anniversary of International Worker’s Day, which was made to commemorate the workers of Haymarket who died fighting against capital and the government for an eight-hour work day in Chicago, USA. More than a century has passed since the struggle and the exploitation and domination of the capitalist class continues yet still, but it will continue as long as the workers, as proletarians, have only their chains to lose under the current system.

The last five years of this administration have been littered with deception. As always, they deceived and betrayed the people, all the while claiming to be the successor of the candlelight and to advocate for reform. There was no guarantee of transition to full-time jobs, no minimum wage increase, and no guarantee of basic labor rights. Expectations of workers were ‘rewarded’ with labor market flexibility, minimum wage freeze, and policies catered to the interests of capital. And now, the deceptive servants who function to suppress the dissent of the people, all for the sustainability of the capitalist system, have withdrawn, and the outright servants of capital who worship anti-labor and pro-capital rhetoric have returned.

The nature behind the struggle that workers participate remains unchanged. The workers themselves have been, are, and will continue to be in charge of their own fate, and the liberation of their labor is also entirely up to the workers themselves. The past five years of the “reformist administration” showed that capital and the state are inseparable, and that there is no such thing as a “pro-labor government” that can be an ally of workers. The road to emancipation of labor will only arrive when the working class fulfill their own tasks with their own hands, without leaving them to others, be it political parties, administrations, or the state.

In today's Covid-19 era, the working masses are suffering the more than ever, inequality in Korean society is only getting worse, aggression from the capitalist class are only intensifying, and workers are still getting killed from workplace accidents. Even on this Worker’s Day, workers themselves are required to struggle rather than celebrate, as the desperate struggle calls for the end of the current system beyond reform.

The Anarchist Yondae will participate in the International Worker’s Day demonstration on May 1st and join the struggle of the working people for a world of labor liberation. Together in the struggle, we will make sure that revolution can take place in the working scene, in the working masses, and in our lives.

Long live the social revolution of the workers of the world! 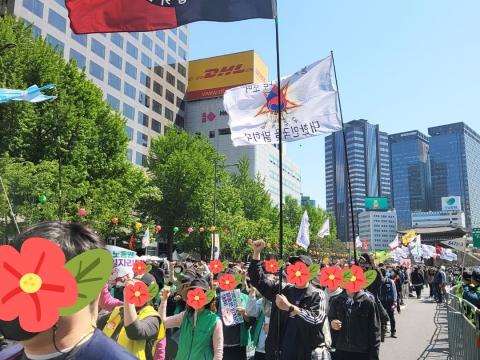 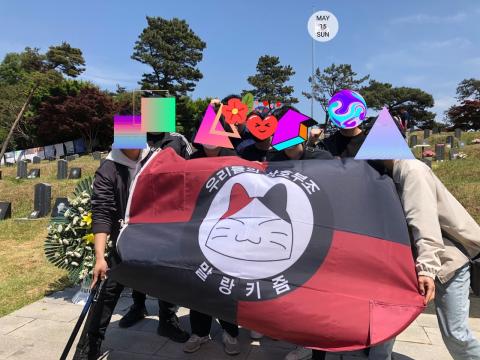