Article by Roland Simon, published on 03/05/2016, on the Nuits debouts and the movement against the (El Khomri) reforms to labour law in France, translated from the French from Des Nouvelles Du Front

(on the demos, the thugs and the “Nuits debout”)

The “outbreaks” [débordements] within “demand-based demonstrations” have become their own end, violence is no longer a question, an exteriority or an after-thought; the “outbreak” is the nature of the movement itself, the overflow [débord] goes back into the thing itself until it becomes its known and expected nature; we could call this an “inbreak” [imbordements]. The question of violence is gone, it is abandoned as a question at all. Only TV news say “the demonstrators” and the "thugs”; not even the cops or their spokespersons use this sort of language.

“Neither law, nor labour.” One thing links the demonstrations against the Labour Law and the “Nuit debout”: the illegitimacy of worker demands. If they fashion this illegitimacy differently it is simply because this illegitimacy functions differently among the whole of society and this will always arise in conflicts. You cannot decree a “convergence,” it’s not even a goal: the segmentation of the labour force, the racial and gender divisions cannot be merely tacked onto class belonging, since it is the very way class is experienced and within the same situation the divergences are not merely different point of views, rather they are real points of antagonism. It is impossible to create an economy of real conflicts and of the multiplicity of contradictions by merely recognizing them and tacking them on.

For the capitalist class, it has been evident for a while that for them demands, demonstrations and negotiations have stopped being legitimate (at a systemic level, one could say) within an internal conflictual process of accumulation. It has not been as evident that the proletariat has recognized this situation as its own and not just one suffered, or in other words it has not recognized capital as its raison d’être, its very existence facing it, capital as the sole necessity of its existence. The movement now kicking off in France has yet to define itself, to understand itself, for it is the first movement to feel that is constituted by the structural change in the mode of accumulation and reproduction of capitalism which fell into crisis in 2008. The illegitimacy of the demand within this period of crisis in the mode of capitalist production is in the process of internalizing this illegitimacy into its very pores and it knows it very well. For better or worse. This is where the refusal of demands and negotiations comes from, but then alternatively seeks to create a “Community” which is already losing itself in its formalism.

“Nuits debout” is the social froth of this situation. The “we demand nothing” of Frédéric Lordon could be as politico as we imagine and his desire for us to write a new constitution “all together” calls upon no less strangely an old radical slogan that says to “make a demand” is to establish the legitimacy of the power you are addressing. The numerous palinodies to be found at “Nuits debout”include: the expression of a social class whom imagine themselves the general abstraction of society itself, but the expressions of this class have not always taken this form. But if today the expressions are not marked by the general situation of the current class struggle, the natural penchant of this class lends to national sovereignty, “the good productive capitalism,” “the welfare state” and “real democracy.” Other disastrous musings are not entirely unimaginable. The “Nuits debout” are not just limited to this one class, but it is the dominant one; for the others of the same plumage, with their desire to make demands, they find that when pedaling over the void empty formalism serves as their parachute.

Since 2010 (remember the retirement law) something fundamental has shifted. A certain circumstance, that “materialists” would be in the wrong to down play, has accelerated this shift: a profound moral crisis which France finds itself today. The State is no longer recognized as this huge machine which transforms all its machinery, institutions, iterations and forces of repression from the interests of a particular class into the general interests of the whole of society because it no longer works. An apocalyptic mood reigns. It is because the machine is sick with “Luxleaks” and “Panama Paper.” No one believes anymore in a state power which does the opposite of what it claims to do. Sarkozy stirs up hate, Hollande provokes laughter and mistrust. Speechless violence is the response of he who is despised and has been so from the beginning, without any frills. When the corrupt state machinery transforms the particular into the universal, then of course people realize what it was hidden behind this universalism: the billy club.

Among the systematic, normal, expected, accepted and definitive outbreaks in the demonstrations, in the “Nuits debout” and even in the union marches flanked by the cops we have seen for the first time in France (it seems?) the illegitimacy of the worker demand as not just a “no” from the ruling class and the State, but also the very essence which the struggle itself has realized. This is essential. Worker identity is not lived in a sort of phantasmal way as it was in 2010: illegitimacy is on its way to become interiorized and not suffered, it is taken on, “claimed,” and a constitutive force. All of this is very limited, marginal even, which is evidenced by the way this all has had trouble in becoming a massive movement whether in its many demos and outbreaks, or in its “Nuits debout” assemblies. If it is normal that this movement not know what to do with itself, it is because it has no other content than that outlined here and it is this which defines it as marginal. In the absence of a practical affirmation of the multiplicity of contradictions which constitute the proletariat, the absence of an acknowledgment of production as the matrix of social classes, an acknowledgment which can only be at the practical level (one which is cruelly absent), then for now this content floats like a consciousness which seeks to emancipate itself, supposing for itself that class belonging is a exterior constraint which can be surpassed with the constitution of a self-referential Community, somehow surpassing class struggle which produced it. This has deep consequences on this consciousness and the practices it puts into action in its name. The outbreaks will continue until they are exhausted and the Community of “Nuits debout” will fall into a series of declarations more or less ridiculous. 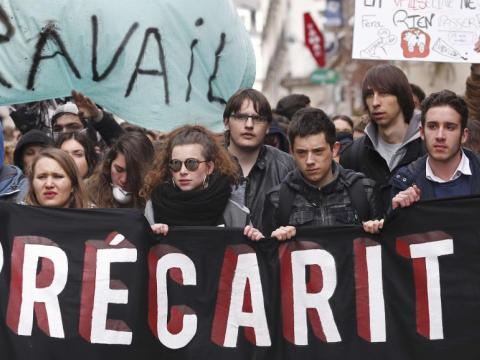 Follow-up article by Roland Simon, published on 24/05/2016, on the Nuits debouts and the movement…
Image 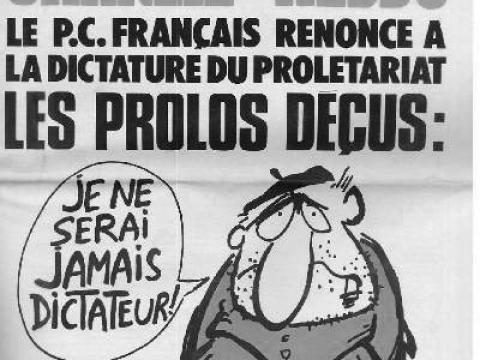 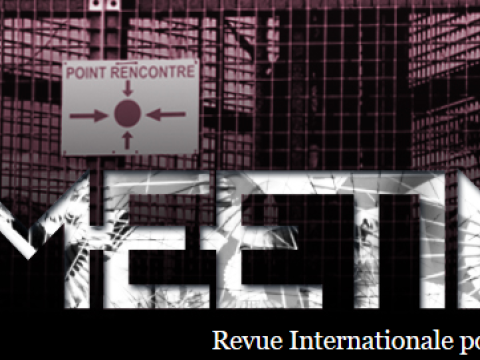 'Meeting' was a journal and website focused on communisation, whose driving-force was the French group 'Theorie Communiste' and its followers…

The conjuncture: a concept necessary to the theory of communisation

Article by RS in Sic on the importance of the concept of "the conjuncture" in communisation.