In his introduction in Aut Aut, Dario Lanzardo says that these 'could be' entitled 'Theses On The Party' but the authors never referred to them that way.

1. Deviation between the logic of _Capital_ and analysis of the factory

Enchantment of method and a blockage of research. The terrain of study and of experimentation (hypothesis): no formula can resolve the problem.

1.1. Verification is given by/in struggle
- struggle as anticipation
- hypothesis as provocation (knowledge).
- theory as thought of the revolution

Demystification of ideology and verification of the hypothesis in the collective worker = the non-correspondence between the critique of ideology and working class science (insubordination). The first is only a premise to be conceived as a function of the second. The abstraction of empirical sociologism (illusion of critique at the level of capital) manifests itself as critique:
- of mobility
- of capitalist planning
- of the Political State
- of alienation

from these critiques stem
- the institutionalization of working class organisms (unions and parties) in the dynamic development of the system
- democratic planning
- the democratic road
- the struggle for socialist humanism.

That is: the critique of ideology becomes the impotence of scientific analysis and the illusion of an objective social science. Reduction of marxism to general sociology. As functional premises of scientific analysis (recovery and critique of political economy), 'critiques' must lead respectively to
- the collective worker
- revolutionary strategy of self-management
- dictatorship of the proletariat
- the laws of development of total capital.

3.1 Revolutionary strategy as motor element of analysis, as guiding hypothesis.

3.2 Verification not in the given struggle but rather in that which contains the elements of revolutionary insubordination (verification and hypothesis).

3.2.1 Since revolutionary insubordination is such as strategy, as terrain of verification it must possess a global and determinate character. That is to say, one that is generalizable and specific with respect to capitalist society.

3.2.1.1 The moment of the transformation of capitalism in Italy signals the latter, at the level of collective capitalism's laws of development, as a significant place on the international level.

That is to say: verification excludes "co-research" (con-ricerca) and the experimentation of the refusal of capitalism through prefigurative groups, and implies the process of the unitary global recomposition of the class.

4.1 Constitution of the class wholly outside of capital is not the surpassing of the party, but rather the condition of its foundation. In reformist praxis that seeks to constitute the class "inside" capital, the class political party does not exist.

4.2 To the current praxis of the democratic-centralist mass party there corresponds, as mere negative copy, the idea of the spontaneity of the class' organisation.

To the hypothesis of the successful overthrow of the system there corresponds the maximum of organization and violence.

4.21 Critique of parties in function of a new theory of the party (critique of the ideology and positive analysis).

4.3 The class party as indispensable moment of revolutionary strategy.

The demand for a theory of the party is internal to the elaboration of strategy and this conditions the practical process of development.

4.4.1 As the constitution of the class outside of capital is the concrete mode of blowing up capital, in the same way the constitution of the class political party is the material means for smashing and pulverizing the machine of the bourgeois State and substituting it with the dictatorship of the proletariat for it: that is, with the class that self-organises itself in a new type of State.

5.1 Such political work excludes the contra-position of two levels, that of research and that of practical commitment in struggle.

5.2 Activity is plannable inside the development of the revolutionary strategy of the class. 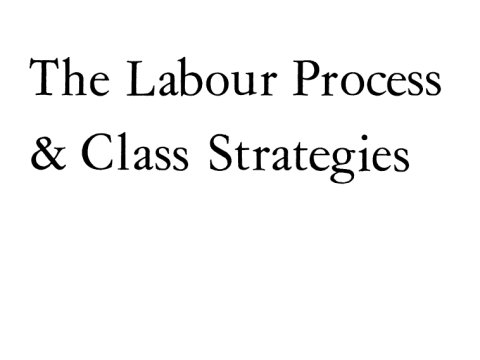 The Labour Process and Class Strategies

A collection of texts by Panzieri, Sohn-Rethel, Palloix, Bologna, and Tronti. Published as "CSE Pamphlet no. 1" in 1976 by the UK-based…
Image 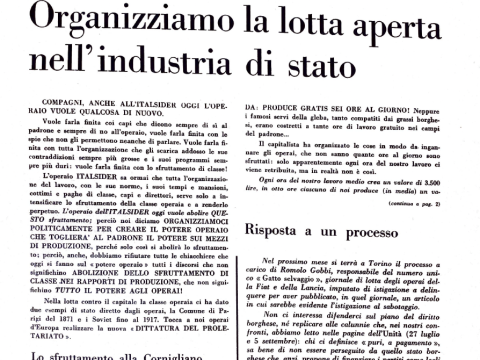 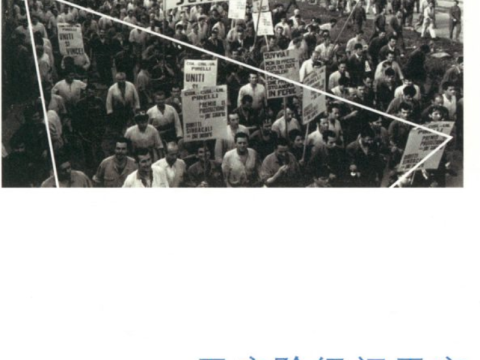 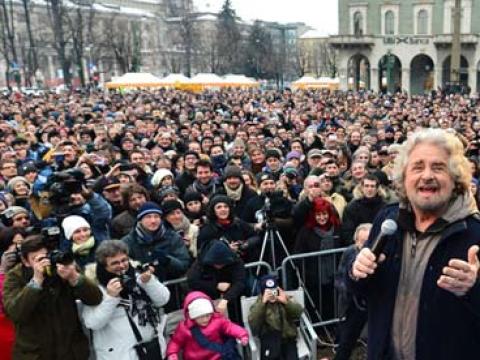 We have populism because there is no people - Mario Tronti

A piece written by Mario Tronti for a recent issue of Democrazia e Diritto (2010, 3–4), dedicated to…