Colin Parker was born in the pit village of Crook in Co. Durham on 15th December 1948. His father Martin was a miner. He apprenticed as a fitter-turner after leaving school at the age of fifteen. He worked a a fitter-turner in the local factory owned by Marshall Richards, a manufacturer of wire and tube making machines.

He was sponsored by his union to attend Ruskin College in Oxford in 1969. After the end of the course he moved to London to study a politics degree at East London Polytechnic. He then went to the London School of Economics and got an MA in politics in 1974.

The following year he took a teacher training course and in 1976 became a teacher at Barking College of Further Education where he worked until his retirement in his early sixties. As his son Martin noted: “He aimed to reach out and empower working class people to achieve greater educational success and get more from their lives”.

In the meantime he had left the CP and flirted with various Trotskyist groups. The Workers Revolutionary Party considered him an important enough catch to send around Vanessa Redgrave to his council flat in central London but he was not convinced. He then attended Socialist Workers Party branch meetings but started asking too many questions about their politics. All of this was part of his evolution towards class struggle anarchism.

He began producing a duplicated magazine named Virus and subtitled For Militant Anarchism in 1984 during the height of the miners strike, He contacted the Libertarian Communist Discussion Group the following year and suggested that Virus become the mouthpiece of the Group. Regular meetings were held at Colin’s flat and a network of contacts was built up around Britain, leading to the founding of the Anarchist Communist Federation in March 1986. He was active in the ACF, subsequently renamed the Anarchist Federation, until his death.

He took an active part in support for the miners strike and then attended many demonstrations during the Wapping printers struggle. He threw himself into the struggle against the Poll Tax and refused to pay. He was arrested during an anti-Poll Tax demo and subsequently fined. He was a stalwart of the London group of the AF for many years, always warmly welcoming new contacts and providing an uncomplicated introduction to its ideas.

After his retirement he returned to Crook. He died as a result of a brain aneurism on January 22nd 2015.

He passionately hated the police, the various Leninist outfits and former radicals who had sold out, which included some of his workmates who had accepted management positions. He remained devoted to revolutionary anarchist ideas to the end.

He was a warm and generous person, with a wide knowledge of politics, history and art, which he had acquired through his own reading. I was fortunate enough to have him as a close friend and comrade for thirty years. His death has come as both a loss to me personally and to the AF and anarchism.

Thank you for this, Nick. Condolences to you and all who knew Colin.

Yes, thanks for this Nick. I'll see you at the memorial on Sunday.

Thanks for the biography of Colin.
See you there on Sunday comrades.

Excellent Article. I actually had to look up on Google to see what an actual fitter-turner does 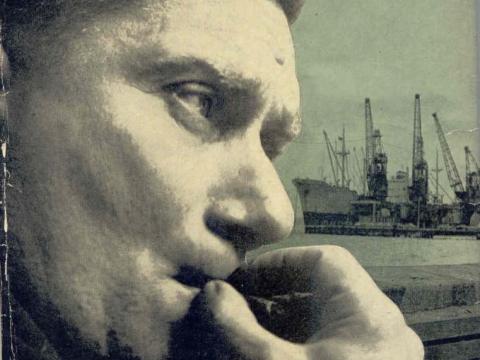