Protests across Sudan against austerity measures and price rises

Protests have erupted across Sudan in response to a doubling of bread prices. At least one high school student has been killed, and the Dean of a womens' university was filmed beating protesting students in Khartoum.

Sudan's government announced a withdrawal of subsidies in late-December. Combined with infaltion at 33%, a shortage of hard currency, and falling imports, this is responsible for the doubling of bread prices.

The cost of living has been rising consistently in Sudan for several years, with days of protests and strike action in November 2016 when subsidies were reduced for fuel, medicine and sugar price hikes1 . In September 2013, 200 people were massacred when security forces fired on protests against a withdrawal on fuel subsidies2 .

Doctors at the Nyala Teaching Hospital in the capital of South Darfur had begun an open-ended strike on 26th December due to the non-payment of wages, working conditions, and shortages of medicines and equipment.

Street protests began on Friday as soon as the price hikes were announced by bakeries, streets were barricaded with burning car tires in Khartoum and there were attacks by police with tear gas on protesters in Gezira state in Central Sudan. 3 . By Saturday they had spread to the city of Senmar in the South-East, and to other cities including Nyala by Sunday, where police attacked student protesters. In El-Geneina, the capital of West Darfur, one high school student was killed and several others injured as police and Rapid Support Forces attacked high school students demonstrating against the price rises. Multiple sources have reported the slogan "No, no to price rises".

On Thursday, Qassim Badri (pictured), the dean of Khartoum's Ahfad University for Women was filmed walking into a crowd of student protesters, slapping one and beating another repeatedly in a video that circulated widely on social media. 4

At Khartoum university police sealed off the main roads, forcing about 400 student demonstrators onto the campus where they continued to fire tear gas.

Dabanga reported that yesterday two students, Zahra Osman Ali Tijani and Suleiman Abdelkarim Abdallah, were fatally shot by a member of the Sudanese Armed Forces during protests at Aldalang University in Kordufan. The police officer then took his own life. 5

The protests in Sudan come at the same time as a week of nationwide protests in Tunisia, and at the tail end of the current wave of protests and strikes in dozens of cities in Iran. Protests in all three countries have been centred on cost of living rises, often a direct result of recent government cuts and tax rises, while in both Tunisia and Iran they quickly took on anti-government demands.

The situation is further complicated by tensions between Sudan and Egypt over a potential military base on Soakin island in the Red Sea, an ongoing territorial dispute over the Hala'ib Triangle and the Grand Ethiopian Renaissance Dam project. Al Jazeera reported that some of the recent inflammation by Sudan may have been in order to exploit nationalist sentiment to distract from its austerity policy, a strategy that appears to be failing given the scale of the protests so far.

It is not clear if protests will spread to other Middle Eastern and North African countries. Algeria saw anti-austerity protests this time last year, but the government partially reversed those measures in the summer, holding out for higher oil prices. Morocco has seen major protests in the Rif region throughout 2017, although not the major protests against austerity in other regions that took place in 2016 or 2014. On January 8th, the death of Mohammed Abdul Hakim, also known as Afroto, sparked a mass protest and attempt to storm Moqattam police station, two police officers were arrested in connection with the death in custody, however this appears to be a specific protests against police violence that did not spread beyond Cairo. 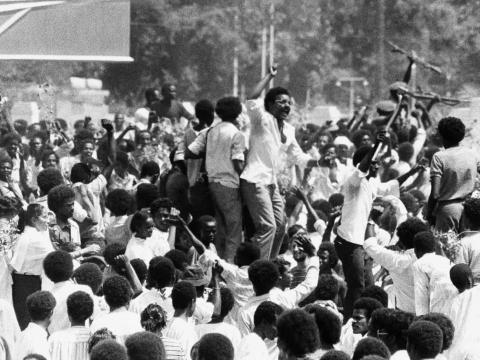 In 1985 workers and students protested and struck against worsening living conditions and greater repression, in particular the imposition of…
Image 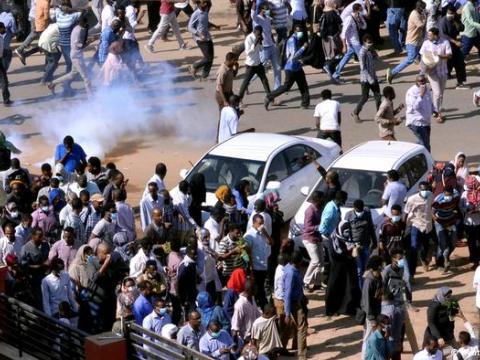 The Crisis of the Sudanese Regime

It was the tripling of bread prices which sparked off the current revolt in Sudan. People first took to the streets in the town of Atbara in…
Image 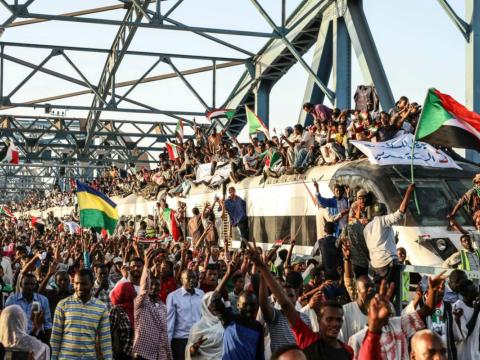 Sudan: The Dictator Goes but the Regime Lives On

Since December last year Sudan has been seething but it now looks like the Army have reasserted control. What started as bread riots last…
Image 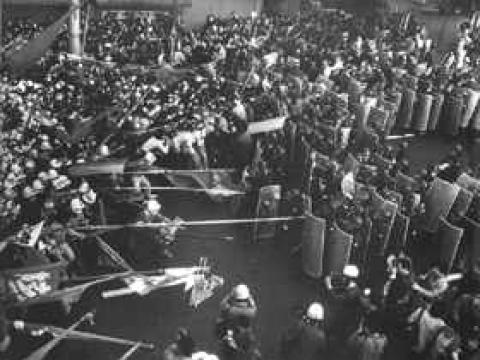 A video of the riots against the construction of Narita Airport in Tokyo, Japan during the 1970s.