The first half of the book consists of two new texts. "The Joy of Revolution" is a series of observations on the problems and possibilities of a global antihierarchical revolution. Beginning with a brief overview of the failure of Bolshevism and the inadequacy of reformism, it examines the pros and cons of a wide range of radical tactics, then concludes with some speculations on what a liberated society might be like. "Confessions of a Mild-Mannered Enemy of the State" is largely concerned with Knabb's situationist activities, but it also includes reminiscences of the sixties counterculture and accounts of his Zen practice and other later ventures.

The second half of the book contains virtually all of Knabb's previous publications. Beginning with his 1970 disruption of a Gary Snyder poetry reading, it includes critiques of the New Left and the counterculture; accounts of situationist groups, tactics and scandals;translations of several French texts; an appreciation of the great writer and social critic, Kenneth Rexroth; pamphlets, posters, comics and articles on Wilhelm Reich, radical Buddhists, Japanese anarchists, Chinese dissidents, the 1970 Polish revolt, the 1979 Iranian uprising; and the widely reproduced Gulf war tract, "The War and the Spectacle." The aim throughout is to bring the real choices into the open and to incite people to make their own radical experiments.

Contents:
PART I: THE JOY OF REVOLUTION
1. Some Facts of Life
2. Foreplay
3. Climaxes
4. Rebirth
PART II: CONFESSIONS OF A MILD-MANNERED ENEMY OF THE STATE
PART III: PREVIOUS PUBLICATIONS
Do We Need Snyder for Poet-Priest?
In This Theater...
Ode on the Absence of Real Poetry Here This Afternoon: A Poem in Dialectical Prose
Bureaucratic Comix
Critique of the New Left Movement
On the Poverty of Hip Life
Remarks on Contradiction and Its Failure
Reich: How to Use (Comic)
Reich: How to Use by Jean-Pierre Voyer
Discretion Is the Better Part of Value (Addendum. to "Reich: How To Use") by Jean-Pierre Voyer
Double-Reflection: Preface to a Phenomenology of the Subjective Aspect of Practical-Critical Activity
Theory of Misery, Misery of Theory: A Report on the New Conditions of Revolutionary Theory by Daniel Denevert
To Clarify Some Aspects of the Moment by Daniel Denevert
Declaration: Concerning the Center for Research on the Social Question by Francoise Bloch, Jeanne Charles, Joel Cornuault, and Daniel Denevert
Notice: Concerning the Reigning Society and Those Who Contest It
The Blind Men and the Elephant
Bureau of Public Secrets #1
1. The Society of Situationism by Ken Knabb
2. Arms and the Woman by Jeanne Charles
3. From 'End of Science' by Jean-Louise Moinet
4. Trouble Is My Business
5. Affective Detournement: A Case Study by Ken Knabb
The Realization and Supression of Religion
Open Letter to the Tokyo "Libertaire" Group by Ken Knabb
A Radical Group in Hong Kong by Bureau of Public Secrets
The Opening in Iran by Bureau of Public Secrets
Banalities by Bureau of Public Secrets
The Relevance of Rexroth
The War and the Spectacle
On Vienet's Film "Can Dialectics Break Bricks?"
Los Angeles 1965/1992 by Situationist International
Watts 1965: The Decline and Fall of the Spectacle-Commodity Economy by Situationist International
Strong Lessons for Engaged Buddhists
On Debord's Film "The Society of the Spectacle"

Remarks on Contradiction and its failure

Ken Knabb's notes on the US pro-situ group Contradiction of which he was a member, it's work, dissolution and 'failure'. 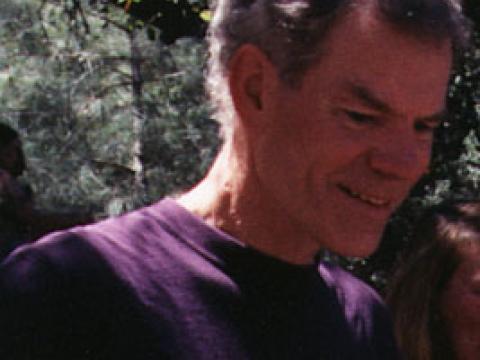 The joy of revolution - Ken Knabb

Ken Knabb's book The Joy of Revolution which examines the pros and cons of diverse radical tactics and speculates on how a stateless, classless,…

Chapter 1: Some Facts of Life