This article is about retaking the city of Mosul that has been under control of Isis since 09/06/2014. At the moment the Iraqi government is in talk with KRG and US forces about making plan to liberate it. In my opinion this will be one of the bloodiest battle that could happen in Iraq since 2003 after the invasion. I believe there is a hidden agenda, when Isis is defeated, it will try to run away. The liberator forces may push them to withdraw towards Jazeea in Rojava. So it is necessary for YPG/J and the Guerrillas to change their tactic.

The plan and conspiracy between Turkey, Qatar and The Kurdish Regional Government (KRG) against Rojava will never end. Documents disclosed by Wikileaks recently regarding the meetings and agreements between the three of them and a special meeting between Abu Bakr al-Baghdadi and Barzani, the head of KRG, proves the truth if we were previously in doubt. Please see the links at the end of article.

When ISIS invaded Mosul it was to the benefit of Turkey, Qatar and KRG. The liberation of Mosul will also be to the benefit of the above unless YPG/J (people and women protection units) and Guerrilla forces are aware of the changing tactics.

Turkey, Qatar and KRG have completely failed in their previous polices in defeating the social movement and destroying the Cantons in Rojava, no matter how hard they’ve tried. Starting by invading Mosul, attacking Kobane, committing terrorist acts, setting up a no-fly zone in Rojava and finally Turkey failed in joint action with Saudi Arabia to enter Syria and Rojava to fight Kurdish forces under the pretext of fighting the terrorist groups.

The current plan is to “retake Mosul”. The plan involves conspiracy and hidden agenda. This could be brutal; if YPG/J and the Guerrillas do not change their tactics, we may lose whatever was achieved so far in Rojava.

What is the plan/hidden agenda?

There were few reasons for Turkey militaries to cross the border of Iraq in the last year and stationed close enough to Mosul. One of these is the historical reason; Mosul was one of the regions of the Ottoman Empire in the olden days. Other reasons: after defeating Turkey and ISIS in Kobane, Turkey considered it important to defend ISIS if they come under attack in Mosul in order to return to al-Raqqha and their territory safely. It was also to protect the oil tankers that are transferring the cheap oil to Turkey and al-Raqqha, to pressurise YPG/J and the Guerrillas that they are protecting Ezidis community there and also to support and help Barzani’s Peshmarga if the fighting break up between them and the forces of YPG/J and The Guerrillas. More importantly comes the “big plan or hidden agenda”, in an attempt to regain control of Mosul. It is anticipated the outcome of the fight would defeat ISIS, as a result it would force ISIS to withdraw towards Jazerra. This is the primary goal and original plan.

In my opinion this plan was made long time ago. It is hoped that when ISIS is defeated, they will have nowhere to go but to withdraw towards al-Rabia. Al-Rabia and the areas around it are under control of Barzani’s Peshmarga. In this situation it is easy for them to penetrate Jazeera. Once they arrive there the plan that already designed will be executed by launching the war against YPG/J in Jazeera and its citizens. What makes the plan goes perfectly well is existing of he Kurdish National Council—the umbrella organization composed of Syrian Kurdish parties created under Barzani’s sponsorship, (ENKS). While the ENKS are Barzani’s allies if they do not support ISIS directly, they certainly will support them indirectly.

The YPG/J, the Guerrillas and the Ezidis forces in retaking Mosul should try to defuse Turkey and Barzani tactic. They should take part in this operation only very lightly. Their main tactic should be gathering all their forces in the region behind the war line to resist withdrawing ISIS towards Jazeera borders. Here it is extremely important to prevent from entering Jazeera. They should be destroyed, if not, to be forced to withdrew to inside Iraq and Bashur (Iraqi Kurdistan). Let the Iraqi government and KRG to deal with them as initially both of them just did nothing when ISIS entered their lands and invaded Mosul, in fact they let ISIS carried out genocide to the Ezidis.

I believe it is very necessary for the YPG/J and Guerrillas to stop this war that targets the heart of Rojava, Jazeera; by defusing Turkey and KRG tactic in order to protect and maintain what have been achieved so far there.

ISIS survives largely because Turkey allows it to: the evidence ...
https://undercoverinfo.wordpress.com/2015/11/20/isis-survives-largely-because-turkey-allows-it-to-the-evidence/>* 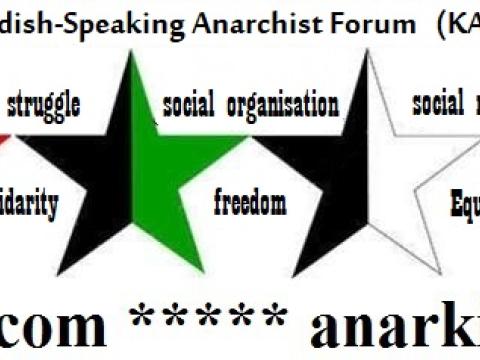 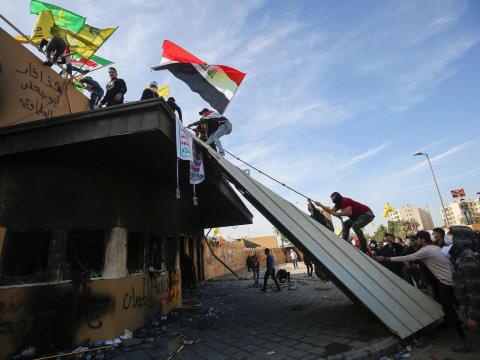 The competition between Iran and United States over Iraq 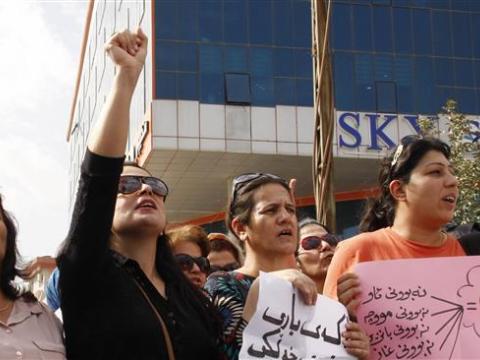 What sort of uprising do we need in Iraqi Kurdistan?

Zaher Baher discuss Kurdistan Regional Government (KRG) in Iraqi Kurdistan, its corruption, and the resistance of Iraqi Kurds to their political…