Review of Senseless Acts of Beauty: Cultural Resistance Since the Sixities by George McKay

We slag off an attempt by the cultural studies industry to grasp the continuity in such developments as the free festivals, anarcho-punk, and anti-roads movements.

Review of Senseless Acts of Beauty: Cultures of Resistance since the Sixties by George McKay. London: Verso

This is a book that has already been dismissed with contempt by many people we know within the movement(s) it describes. Various types of criticisms have been expressed, but what they share overall is a dislike of McKay's 'approach'­ to his subject matter. In our language, this approach is one of recuperation - it is an attempt (not necessarily deliberate) to appropriate antagonistic expressions and render them harmless through transformation and integration into some form of commodity (in this case, academia and the world of coffee-table publishing). Recuperation is a constant danger for anti-capitalist practice. However, we don't think that this book is a particularly powerful example of this, because it is too flawed even within its own terms.

The purpose of the book, according to the author, is to show the historical continuity in such movements as the free festivals, 'new age'­ travellers, anarcho-punk, rave, anti-roads and anti-Criminal Justice Bill (CJB). The book's publication might be viewed as symptomatic of the growing trend among academics (McKay 'has been'­ a punk, anarchist and squatter, according to the blurb, but is now a university lecturer) to come to terms with the popularity of direct action, particularly in the eco-movement. McKay's book is within the cultural studies tradition, which allows it to depart from other recent work (typically written from the perspectives of sociology and political science) in an important way: it presents itself as not only an academic work but one from within the movement itself.

From a marketing point of view, this is obviously the best of both worlds. The book appears in the sociology sections of the book shops, but is also displayed prominently in the new books promotions in order to attract those within or sympathetic to the movements (its cover features a well-known photograph from the Twyford Down anti-road campaign). From our point of view, however, McKay's attempt to commentate simultaneously as both insider and outsider has serious problems. In the first place, surely if anything is of value in an academic work, it is its systematicity and scholarship. Cultural studies, however, while breaking down interdisciplinary boundaries, has little of the empirical rigour, of say, sociology. This book is impressionistic, not in the sense that it lacks evidence, but in that its choice of material and subject matter heavily reflects the author's personal experience and liberal preferences.

Second, the value of a piece of analysis or theory from within an antagonistic movement is its grasp of the nature of the movement in practical terms: why certain activities are carried out, how the movement might succeed in its practical aims, etc. McKay's book certainly takes sides (against the police and government, albeit from a civil rights perspective), but too often he analyses the nature of the movement(s) in terms of ideas and symbols rather than practices.

The sections on the free festivals and fairs of the 1970s are written by McKay in his role as someone who took part. For those of us who don't know much about these scenes, McKay's account presents itself as a detailed and useful history, indicating some of the conflicts among those involved as well as their run-ins with the cops etc. However, given what McKay has written about movements that we do have some knowledge of, it might be best to treat this early history with some caution.

Thus in the chapters on the anti-roads and CJB movement, McKay appears very much as someone looking in from the outside and relying on secondary sources. His references to features of the No M11 Campaign, in particular, are strewn with minor unnecessary errors of the sort we expect from journalists. For example, to refer to the 'ancient chestnut tree of Wanstonia'­ (p. 150) is an anachronism; the 'independent free area of Wanstonia'­ only came into being around a month after the felling of the Wanstead chestnut tree.1 Similarly, the first collective action against the Criminal Justice Act was on the M11 link road (November 3rd 1994) not the M25 (p. 169). McKay is only saved from making still worse mistakes by the benevolent intervention of some of those involved in SchNews (the anti-CJA newsletter) who checked some of his early drafts.

In the chapters on the anti-roads and CJB/A movements, the book draws upon some of the analysis presented previously in Aufheben2 but also badly misrepresents some of our arguments, as well as those of Counter Information, in order to position McKay as supporting 'diversity'­ and us as narrow-minded and sectarian. For example, in our commentary on the Brighton 'Justice?' courthouse squat of 1994, we argued that the different uses to which those involved wanted to put the building (e.g., discussion groups on squatting, art displays, drumming workshops) meant that the squat was neither a centre for a 'community of struggle'­ nor a community arts centre as such; it fell between stools. However, although demands were often contradictory and competed with each other for space, they did express the participants' various needs. This was unlike the attempt by the fluffier elements involved to deny their own needs by subordinating them to media representationalism. For example, their own desires for sensual pleasure took second place to appeasing the media through a public anti-drugs policy. Worse still, in order to portray a certain image of themselves and their struggle, they argued (unsuccessfully) that the courthouse squat should be abandoned without any resistance; in other words, they were even prepared to give up their own 'community arts space' for the sake of a media representation of themselves! McKay simply characterizes our criticism as Aufheben regarding 'poetry'­ as not 'hardline' enough.

McKay is perhaps right to observe that those involved in the present movement(s) could benefit from being more aware of previous struggles. But in what sense do they share a 'heritage'­, as McKay suggests? What is the nature of their common resistance? For McKay, what these movements share are 'themes'­. Thus, what renders the free party movement political rather than merely hedonistic, he argues, is its reproduction of counter-cultural features of the 1960s - the free festival 'ethos'­, for example. In the book, this essentially cultural approach to struggles reaches its nadir in the chapter on anarcho-punk. The chapter is solely taken up with the band Crass rather than with the movement itself and is particularly concerned with analysing the meanings in the band's textual productions.

A telling example of the clash between McKay's analysis of 'meanings'­ and the perspective of the participants he writes about is relegated to a footnote in the anti-roads chapter. McKay interprets the tunnels, tree-houses and benders constructed on the anti-A30 camps between Honiton and Exeter as 'a politicized retreat into the pleasure sites of childhood'­ (p. 156). The Road Alert! bods rebuked him, arguing that these constructions were rather 'innovative, low-tech, good defensive tactics, cheap and easy to build with readily available materials, low-impact, movable, and don't leave marks'­ (p. 202).

Similarly, McKay emphasizes some participants' comments on the symbolic features of the Claremont Road scaffold tower ('a critical parody of the Canary Wharf tower, an update of Tatlin's unbuilt monument to the Russian Revolution...'), adding almost as an afterthought that it functioned as an effective obstruction to bailiffs. Though he lauds the artwork of Claremont Road, McKay does not mention that the Aufheben article he quotes from so extensively3 highlights the tension in Claremont Road between art and barricading. This was not a conflict over the importance of aesthetics and symbols per se, but an eminently practical matter. It was a struggle over which strategy would be most effective in the overall anti-roads argument - whether exposing the brutality of the state or physically hindering the state would contribute most in the anti-roads war. The perspective taken in this book, then, tends to get things precisely backwards: symbols appear more important than the social relations that bear them.

McKay wants his book to be seen as a part of the movement(s) he describes, but its approach is quite alien to them. Essentially it renders the movements as fodder for the cultural studies industry. From the perspective of those of us who have been participating in the contemporary movement(s), through its commitment to the cultural studies approach, Senseless Acts of Beauty is not only weak as a history but blinkered in its analysis. Although the book is supposedly a history of struggles, McKay fails to develop the obvious point that otherwise 'escapist'­ or pleasure-seeking movements become 'politicized'­ because of their (often unexpected) antagonistic relations with the forces of the state: in the struggles, they are forced to defend themselves, and to see the incompatibility between their initially limited desires for 'freedom' and the incessant demands for conformity and compromise from capital and the state. The themes and cultural expressions that particular struggles share with others emerge because of their parallel practical relations with their class enemy in the form of the cops.

A steady trickle of publications about the situationists testifies to the market value of their ideas, but it also reminds us of the continued requirement for revolutionaries to engage with them. In this review we look at two recent books. Ken Knabb's Public Secrets illustrates the self-obsessed nature of the situationist milieu after the heady days of 1968. What is Situationism? A Reader includes Barrot's important… 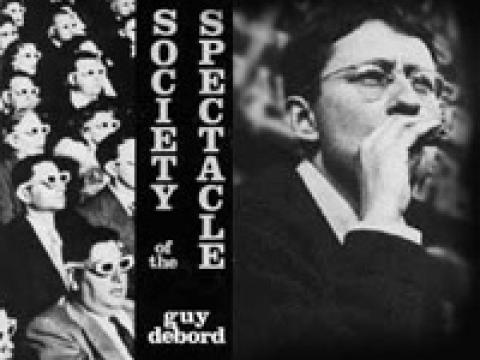 Critique of The Situationist International by Gilles Dauve (Jean Barrot) is one of the more important texts on the situationists.We reprint below… 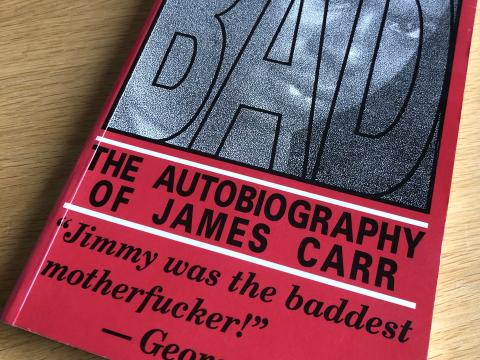 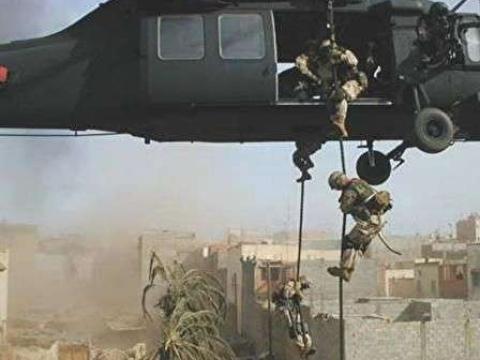 Somalia and the Islamic threat to capital

Aufheben gives the background to the civil war, famine and the US invasion of Somalia in 1992.