The British libertarian socialist group Solidarity was truly a seminal organization. Inspired by the ideas of the French group Socialisme ou Barbarie, Solidarity went beyond S ou B to produce a remarkable journal and pamphlet series that laid the ground for the ultra-left in Britain in the 1970s and had an influence in the working class of which many groups today can only dream. The publication of For Workers' Power, a selection of writings by Maurice Brinton, one of the main writers for the group who recently passed away is long overdue and required reading for serious revolutionaries.

Brinton had been a supporter of the Trotskyist grouping led by Gerry Healy in the 1950s. Along with many others, Brinton left the group, but continued to meet with the former members. As Brinton's friend Ken Weller put it, usually when a Trotskyist group has a split, the new organization writes a document explaining how the group they just left has betrayed Trotskyism and how their new group is the embodiment of orthodox tradition. Weller noted, the conclusion they came to was the problem wasn't that Healy had betrayed Trotskyism, but that he really was a Trotskyist.

Choosing a selection of Brinton's work was not an easy task... Much of the value of Solidarity's material was that it was applied to specific situations and especially its labour coverage. While this makes for exciting contemporary reading, there is often little of value in small industrial disputes in London in 1965 forty years later. Brinton's editor, Dave Goodway, who also contributes a useful biographical essay, has done well to focus on material which is still germane today, including his writings of political organization and theory.

From its beginnings, Solidarity was a very different organization from the traditional left. To begin with, Brinton not only broke with theoretical orthodoxies, he also wrote with humor and in clear and simple language sadly lacking from much of the turgid leftist press. This is indicated in Brinton's report on the Belgium general strike of 1961 (included here), which details including how the strike was defeated went beyond the usual leftist cheerleading and then complaints of betrayal by the leadership. Brinton also examined the role of the leftist organizations in the defeat of the strike; all in crisp, witty prose.

In the early articles of the journal included here, Brinton was to develop a devastating critique of the vanguard party. In "Revolutionary Organization" he argued:

What should the activity of the revolutionary organization be? Whilst rejecting the substitutionism of both reformism and Bolshevism, we should also reject the propagandist approach of organizations such as the Socialist Party of Great Britain. We consider it important to bring workers information and reports of the struggles of other workers - both past and present - reports which emphasize the fact that workers are capable of struggling collectively and rising to the greater heights of revolutionary consciousness.

Needless to say, Brinton and Solidarity rejected the idea that this consciousness should be brought to the workers by them or any other saviors, or that it was the duty of the revolutionary organization to act as the vanguard leadership and to rule over the workers

In addition to a range of short pieces, For Workers' Power contains several of Brinton's longer pieces: His eye-witness account Paris 1968, his account of Reich's concepts of sexual repression The Irrational in Politics, and his classic The Bolsheviks and Workers Control. In it, using the Bolsheviks' own words, Brinton effectively shows the role of the "vanguard of the working class" in crushing soviet power in Russia: An account which has never been successfully answered.

In terms of his selection of material, Goodway has also performed a service to the reader by focusing on Brinton's earlier material (there is nothing after 1983 even though Solidarity continued until 1992). In the later period of its existence Solidarity's contribution diminished, partly due to its being overtaken by other currents, and partly due to the evolution of its thought away from the class-based analysis of its early year.

Nevertheless, these are minor quibbles, and no excuse to not purchase this very valuable and long overdue collection. 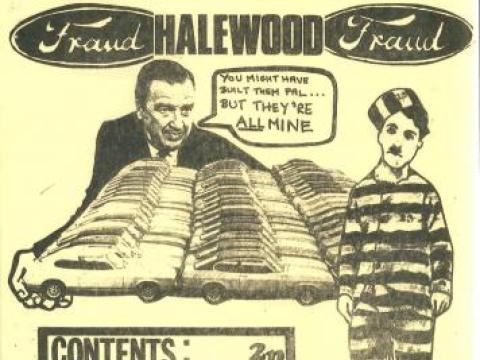 Solidarity and the neo-narodniks - Solidarity

Solidarity's polemic aimed at Big Flame, following an exchange around the events of the Fisher Bendix occupation. 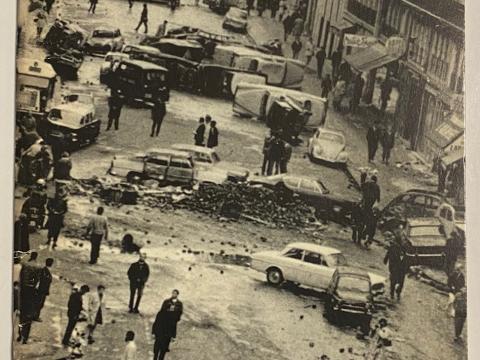