A short history of the most spectacular American naval mutiny during the Vietnam war, where two sailors hijacked a ship full of napalm and sailed it to Cambodia.

During the Vietnam war, there was a mass movement of resistance to the war amongst US troops.

In addition to the unrest amongst ground troops, there was also resistance in the navy. The most well-known of which was the mutiny aboard the SS Columbia Eagle.

The Columbia Eagle was a merchant vessel under contract to the US government to take military supplies - napalm and explosives - to US air force bases in Thailand to bomb Vietnam.

On 14 March, 1970, Clyde McKay, 25, and Alvin Glatkowski, 20, two of the sailors on board who were both members of the Seafarers International Union commandeered the ship.

They held the captain at gunpoint and, claiming they had a live bomb on board, forced him to order 24 crew members to abandon the ship in lifeboats, and sail the ship to the neutral nation of Cambodia.

After arriving in the port of Sihanoukville, the mutineers informed the government of Prince Norodom Sihanouk's that they had seized the ship and its cargo as an act of protest against the Vietnam war, and claimed asylum as anti-war revolutionaries.

Unfortunately for McKay and Glatkowski, their arrival in Cambodia coincided with the start of a civil war that later led to the rise of the pro-American Khmer Republic.

While jailed on a prison ship, they smoked marijuana with their guards, and gave statements to reporters declaring themselves "Marxist revolutionaries".

Glatkowski was later released and surrendered at the U.S. embassy, and Columbia Eagle was returned to American authorities. He was charged with mutiny, kidnapping, assault and neglect of duty, convicted, and served his sentence.

McKay, however, escaped from Cambodian custody along with a US army deserter named Larry Humphrey. The two fled north hoping to join the state-communist Khmer Rouge as freedom fighters, but were reportedly executed by the guerrillas in 1971.

While officially designated as missing, Richard Linnett and Roberto Loiederman, co-authors of The Eagle Mutiny, wrote an article for the February 2005 issue of Penthouse in which they report that remains brought back from Cambodia were positively identified as Clyde McKay's at the Naval forensic lab in Hawaii. Subsequently, the remains were cremated and the ashes were buried in the family plot in Hemet, California, where McKay had spent his youth.

yes totally! Of course I don't agree with either of those things, but I still think this episode is interesting and illustrative of the mass radicalism (good and bad) and upheaval of the time 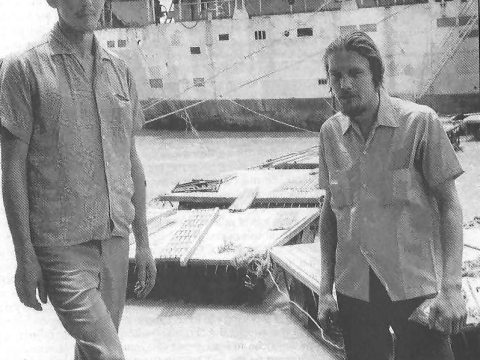 Article by Richard Linnett and Roberto Loiederman about the spectacular mutiny on the USS Columbia Eagle and what befell the mutineers afterwards. Two of the crew hijacked the ship, which…
Image 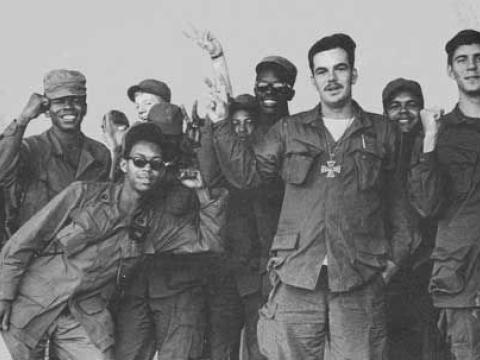 History of the widespread mutiny of US troops in Vietnam that brought the world's most powerful military machine to its knees. The GI anti-war…
Image 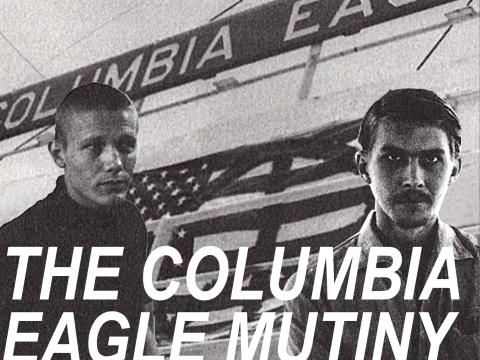 Working Class History are delighted to be launching the first season of our new occasional podcast, WCH Crime, where true crime meets the…
Image 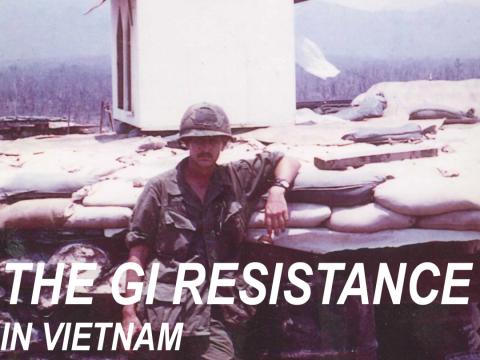 During the later years of the Vietnam war, a little-known but powerful rebellion developed within the ranks of the US forces. In this two-part…