Statement of the ABC Belarus on the war in Ukraine

A full-scale war in Ukraine has been going on for over three months now. The anarchist movement has responded to the Russian invasion in different ways during these three months – some have begun unconditionally supporting their comrades in Ukraine, while others continue to repeat the story of NATO aggression in the region. We also felt it necessary to make a statement about our view of events.

After the collapse of the USSR many people hoped that the sharp impoverishment of a large part of the population would be compensated to some extent by civil liberties. In Belarus, this period ended rather quickly with Lukashenko’s accession and the gradual creation of a dictatorship. In Russia, hopes for liberalism were still floating in the air for a long time, despite the constant calls to restore the imperialist project – the war in Chechnya was one of the first examples of Moscow’s “elites” brutality against “peripheral” peoples.

Building the Belarusian dictatorship was impossible without the support of the Kremlin. And it was happening even before Putin came to power. Unscrupulous dictatorship in the Belarusan republic did not bother Yeltsin at all. Russia tried to influence not only Belarus, but also other countries of the former Soviet Union through its politicians and economic pressure. And if in Kazakhstan, for example, the project of support for Nazarbayev resulted in loyalty to Moscow, the 2004 elections in Ukraine and the subsequent protests with the “Orange Revolution” greatly limited the political influence of the already Putin’s government on the country. Ten years later, the popular uprising on Maidan showed that Ukrainians would not tolerate authoritarianism in their country. Their willingness to resist state violence was one of the reasons for their continued fight against the Russian occupation.

In turn, the Lukashenko regime continued to receive support from Moscow and developing a dictatorship. The suppression of the uprising of 2020 is a logical continuation of the state terror against Belarusian society. Protests against Lukashenko took place almost every presidential election and were met with a brutal response each time. Beatings, torture, and prison sentences for opponents of the regime existed before 2020 and even before the 2010 elections. It was Russia’s support that allowed the Belarussian regime to continue to exist, and the suppression of the 2020 movement opened the door to the invasion of Ukraine. Thousands of prisoners and tens of thousands of refugees, this sweep ensured the weakness of the anti-invasion movement in Belarus. Had Putin invaded Ukraine before 2020, resistance in Belarus would have made war from the territory of Belarus an extremely risky project.

Putin’s stated reasons for invasion are secondary. It doesn’t matter how many times he repeats the story about NATO or chemical weapons in Ukraine (a kind of postmodern irony: Bush and Blair were allowed to lie so shamelessly, why can’t we?) The de facto full-scale invasion of Ukraine today is a continuation of Moscow’s attempt to crush the 2014 popular uprising and drag the country into the so-called “Russian world”: a far-right project involving the permanent growth of the Russian Empire.

In this context, the question arises: how can anarchists respond to this kind of aggression? Let us begin with a rather simple point. As anarchists, we believe that everyone has the right to defend personal freedom, the very freedom that continues in the freedom of another person. We see the need for a collective defense against the constant encroachment on those small freedoms we seek through constant struggle. If the state comes with a rifle to take our freedoms, we believe that everyone has the right to take a rifle and rebel against the state trying to take those freedoms. The right to rebel against despots is the basis for the formation of a free society. We are not radical pacifists advocating the preservation of peace by any means necessary. We see calls to stop resisting the Russian invasion as a simple misunderstanding of the rather obvious: even if we capitulate, the Kremlin’s violence will not stop. We are anti-militarists who believe that all states need disarmament (including the elimination of nuclear weapons) to preserve peace in the long term. But surrendering at the mercy of the aggressor is not our choice.

The situation in Ukraine is quite complicated, but the right to protection from state violence remains for everyone. In the case of war, we see that the violence comes primarily from the Russian state. The example of Mariupol shows that Putin’s military is ready to destroy entire cities to achieve its own goals by raping, killing, and kidnapping people. The Ukrainian state remains a state and a barrier to freeing people from power, but no Ukrainian politician would allow himself the level of state violence that the Putin regime allows. We would like to point out that the Kremlin’s atrocities in Ukraine are only a continuation of its policy of suppressing freedoms within Russia itself. Torture, murder, and kidnapping are a daily occurrence for peoples under Putin’s control. We can speak of political and social persecution throughout Russia as well as of dictatorial regimes across the planet supported by the Kremlin.

And in resisting the violence of Russian authoritarianism, the Ukrainian people have found a temporary ally in the Ukrainian state, which has its own goals in this war. We can already see that Ukrainian politicians are trying to push through their own political projects to control the workers under the cover of this war, and the struggle in this direction will be difficult. But this fight will be impossible if Putin wins and the level of violence of the Russian empire spreads throughout Ukraine.

We consider a temporary truce between the anarchists and leftists on one side and the Ukrainian state on the other as forced and inevitable in the conditions of the modern European war. But this does not mean that we forget our revolutionary aims and advocate the strengthening of the state. The participation of anarchists in military structures should in no way become the formation of a new state patriotism. The alliance with the Ukrainian authorities was and remains temporary as long as the Russian state continues to shoot at everyone. During this period of collective resistance to Moscow, strengthening the anarchist movement in Ukraine becomes the key to its survival in case it defeats Putin. And this strengthening is only possible through international support. The rise of the ultra-right can only be countered by the rise of the anarchist revolutionary movement. Not the one that calls for peace by all means, but the one that is ready to take up rifles for self-defense.

A Russian victory in this war would be a complete disaster not only for Ukraine, but for all of Eastern Europe. The Russian world, like the plague, will continue to spread across the continent in an attempt to build a new Empire. In such an environment, it is difficult to imagine the success of a new uprising in Belarus, Kazakhstan, or other countries under Moscow’s control. We Belarussian anarchists, who find ourselves in exile, will lose everything we have tried to build over the past 30 years. That is why armed resistance by anarchists against Putin is a revolutionary necessity that we call upon all comrades. Right now, we see the most effective anti-war activity to be joining armed anarchist units in Ukraine, supporting anti-war and anarchist activities in Russia and Belarus as much as possible, and criticizing the nationalist and imperialist sentiments that divide the people living in the region. The fall of Putin and the defeat of the Russian army will lead to the liberation not only of Belarus, but also of dozens of other peoples who have been imprisoned there.

Meanwhile, our resistance to the “Russian world” continues in the form of support for our imprisoned comrades. Unfortunately, we have received almost no monetary donations in recent months, while the costs of trials and trips to the colonies continue to rise. That is why we are now running a fundraising campaign on the firefund platform. We need 25,000 euros to cover our debts and court costs. You can drop off donations on the fundraising page – https://firefund.net/abcbelarus.

this is one of the best statements on the war in ukraine, and worth reading by western anarchists for a basic background to the situation and why some anarchists have decided to take up arms against the russian invasion

Well ''the situation in Ukraine is quite complicated'' that's for sure. But out of interest what actual specifically anarchist armed units completely separate from the Ukrainian State and its western backers exist. If they exist, what is their strength and influence. Does this statement of ''revolutionary necessity'' therefor condemn Ukrainian anarchists or others who decide to escape the fighting in Ukraine and/or refuse to join any of the Ukrainian state military units as a supposed ''temporary ally''? I suspect this statement contains more of a moral argument than a realistic appraisal of the reality of the difficult 'choices' or lack of 'choices' facing not just anarchists but all other workers embroiled in either side of the ongoing military conflict. Ours in the West at least not to advise or condemn but to understand the conflict better beyond the confines of Ukraine.

ABC Belarus wrote: The Russian world, like the plague, will continue to spread across the continent in an attempt to build a new Empire. In such an environment, it is difficult to imagine the success of a new uprising in Belarus, Kazakhstan, or other countries under Moscow’s control.

As much as I'm averse to disagreeing with people who actually live in Eastern Europe, the above statement does seem like bit of an exaggerated claim. As history also shows an "authoritarian empire" is not necessarily an impediment to revolutionary upheavals. On the contrary authoritarian regimes have often helped give rise to revolutionary periods (assisted by prior socialist agitation and societal shocks like imperialist conflict). One could point to Germany in 1918, Russia in 1905, and so on. It also would have been helpful if the authors explained what a Russian victory might mean, and how a Ukrainian victory would, by contrast, enable greater socialist activity, especially in light of things like the decommunization laws of 2015, and the likely post-war reaction by Ukrainian nationalists against Russians and anyone deemed to be a threat, including socialists, to Ukrainian sovereignty. It's also worth pointing out that the war is more concentrated in the eastern regions now, where there are more Russian speakers and more Russian sympathy. As compared to the earlier Russian assaults on Kiev, it becomes more difficult justifying an alliance with the Ukrainian military in order to subjugate Russian sympathizers in the east. There have also been cases of Ukrainian troops deserting/mutinying in the Donbass region, owing for example to disagreements with Ukrainian command and to troops being poorly equipped (Western media of course do not really want to report on this, whereas Russian-sympathizing sources pursue the opposite propaganda strategy). 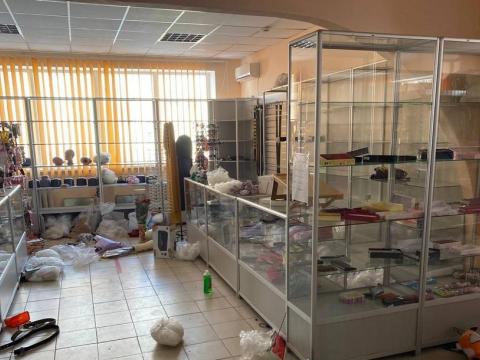 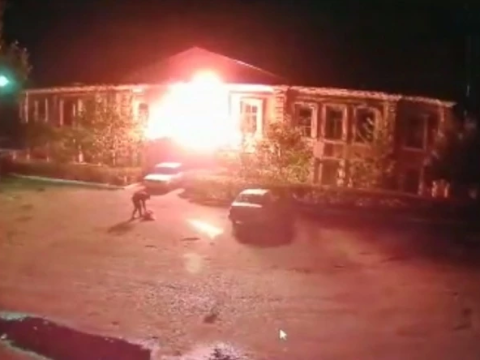 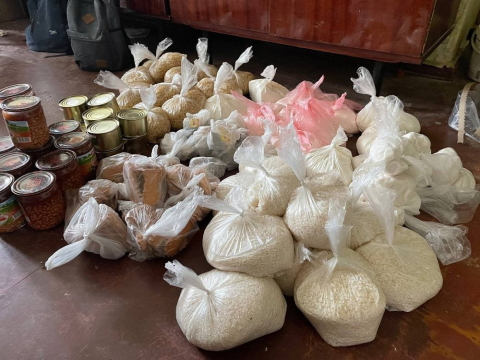