An account of working conditions and class relations in a small business.

I owe my mother a lot, she's taught me many things and the debt keeps growing. For example recently she's given me a perfect example of the inherent conflict between employee's and their bosses. A lot of modern left wing discourse tends to miss the point of class dynamics to a degree, the focus is mainly on sweatshops or massive corporation so small time businesses and "ethical" capitalists tend to get a pass. This was one of the problems with the Occupy movement and its 1% vs 99% it kinda blurred the lines a lot with its populist framing.

My mother recently got a job with a small textile business that makes ships sails and boat covers. She really liked, she got on with her two co-workers and she even got along with the boss, lets call him Dave. The money while small was enough to live on and she does enjoy sewing and has experience with industrial sewing machines. And yet just after three months the relationship has soured, and its simply because of the capitalist/worker dynamic.

Dave is unusual as far as bosses go like many smallish businessmen he does do some productive work mainly arranging sales (as in purchasing) and machine maintenance. He's also a hippy type, my mother told me how laidback he is and he's only interested in providing for his family and he was more than accommodating for his employees personal issues. So a nice guy, there were a few warning signs I could of picked up on but why spoil some much needed good news for my mother? What productive would be achieved? So instead I just made vague noncommittal agreements.

Now the use of past tense is giving it away, now Dave the hippy has turned around and said he wants my mother to give up her permanent position in favour of an as and when piece work basis when its busy. He's said the reason for this is because there aren't enough orders but the number of orders have increased since my mother started not declined. Its seems more likely that he's overspent, for a Hippie he isn't lacking in luxuries, and so instead of tightening his belt he's trying to reduce the payroll and holiday pay of his business while keeping personal expenses.

This is obvious because he hired my mother not on a temporary basis when business was unusually good, it was a permanent placement complete with paid holidays, holidays which my mother just so happens to be taking next month when this new employment terms would take effect. So its clearly an excuse, perhaps though this nice Dave is making an excuse because he wasn't happy with my mothers work and hoped to let her down gently? Well he has a funny way of showing his displeasure if so, every piece my Mother has made including the ones on her trial shift have either been sold, or placed for sale within the general stock, she's even been trusted with making some special orders.

The workshop mainly makes general sails and covers differentiated by size and colour but does do special orders for say special patterns or the name of a vessel stitched in, etc. She is by her own admission slower than the other seamstresses but that is part of the process for a textile worker. Usually how it works is you learn the stages needed for creating the article, whether it be a sack, a shirt a blanket etc, and once you've shown you know how to use the machine and handle the materials you then focus on eliminating what's often described by management as excess or wasted time. Muscle memory in a word, to maximise efficiency in textile production a worker has to get to the point where every step is an automatic response. I remember as a child being taken to the textile factory my mum worked in in the 90's after school waiting for her to finish her shift. A lot of them weren't even looking at their work they were just doing it. They were working constantly and the ratter tatter of the sewing machines never stopped but all of the steps were just subconscious movements, no mistakes no slow downs.

And that was what my mother was doing these past two and a bit months, she went from an average of 3 sails to 4 and occasionally 5. All of which were sold or put up for sale. The other full timers could average a standard sail at 45 minutes give or take. Covers and special orders are too different to standardise.

But moving beyond my mother for a minute her workplace relations provide a perfect example of the inherent exploitation of capitalism. One of the warning signs from the very beginning for me was how much my mother was being paid. She and her co-workers are on minimum wage (£7.50), that seemed rather meagre for a workshop catering mainly to the luxury market. Standard hours are three eight hour days (Tuesday, Wednesday and Thursday) with extra days to cover for time off or when orders have increased quite a bit. So I asked her how much a standard sail sells for, on average they go for £500. Now that doesn't include covers or special orders but the bulk of sales are standard sails, so 7.50 times by 24 (average hours) and multiplied by three (number of staff) is £540 so one sail by one staff member covers most of the wage bill, if all three employee's turn up and fulfil one sail, Dave has made nearly a thousand pounds of profit. As it stands my mother with her four sails clears the wage bill and makes him nearly fifteen hundred pounds of profit per day. And remember she's below average at the workshop.

But of course wages aren't the only outgoing for a business, there's rent on workspace, though he owns the workshop outright so doesn't pay rent, the cost of building or buying the business, though Dave inherited it from his father so that doesn't apply, the machines, industrial sewing machines aren't cheap its true. But the ones he uses he got from his dad and have been in use for over ten years, haven't broken down and show no signs of breaking down or any noticeable decline in performance and probably won't for years, so we can scratch that off the list too.

Ah but what about materials! Well its true that materials for sails can be quite expensive (but then that is covered in the sale price) and the workshop uses several. But the main material they use is a form Polytarp, now as material Polytarp, its a bit like the material for water proof overalls, and its incredibly cheap in its raw form and can be bought in bulk easily. So while materials do add to the outgoings unless Dave is being ripped off it doesn't add that much.

So business issues aren't really the issue here, what is the root of this conflict is power dynamics. Dave owns the business so he calls the shots, and while it is incredibly unfair of him to shift the burden for his own spending sprees (this isn't the first time he's done something like this after a big splash on something) onto his own employees, but legally speaking he's in the right his workshop his rules, and the power relationship means there isn't much to be done within the system. Either he changes his mind and learns to take his own problems on the chin or workplace resistance convinces him to back down.

No matter how friendly and nice an employer is, they are incapable of being your friend. Its not because they're bad people Dave does seem genuinely nice and kind and I'm sure he thinks he's being magnanimous by pushing my mother onto a piecework rate instead of firing her outright, though the fact he's singling out the employee whose been employed for the shortest period and thus has fewer legal protections and obligations is kinda telling. Its the power relationship and the mutually conflicting interests of capital and labour. He has the power to transfer his problems onto others and can do so in a way that maintains his livelihood, and so he is taking it.

Its not personal its just business, and that is the root of the problem.

Hey great blog, thanks for writing it up. Really gets to the heart of the problem with small business. I had an illuminating conversation in this regard with someone in the pub the other week… I'll write it up if I get a chance.

Anyway that sucks for your mum. However even though she won't have unfair dismissal protection, she could be protected from dismissal on age discrimination grounds, or disability discrimination if she has a disability (or gender if she is the only woman but that seems unlikely in textiles). So she could try opposing it on those grounds. Best of luck to her (also might be worth advising her to try to gather as much information about clients as possible, surreptitiously of course, in case shit does go down, and clients could potentially be used to put pressure on the employer)

just one thought though, maybe naming the product made makes the business and possibly the individual identifiable through Google searches? Unless you have changed it of course for confidentiality reasons. Might be worth anonymising it a bit more (after she no longer works there you could always edit it back…) 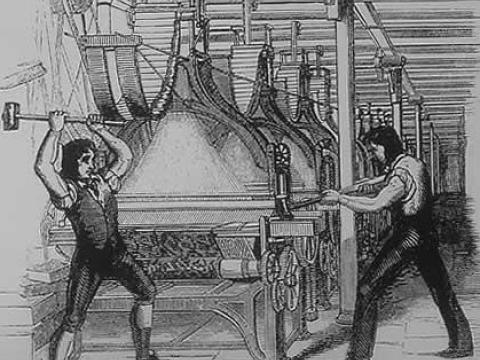 Who were the Luddites?

A brief overview of the Luddite movement: militant textile workers in the UK who fought against job losses and deskilling brought about by the… 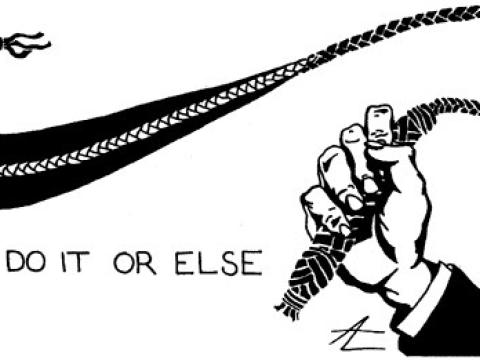 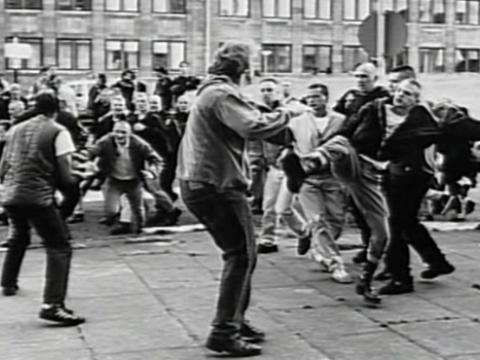