A timeline of direct action which took place against the second Gulf War in the UK and Ireland up to 2004, compiled at the time by the Anarchist Youth Network.

· 12.04.04 Gloucestershire
5 people stop bomb convoy travelling from RAF Wellford to RAF Fairford to be loaded onto B52s and dropped on Iraq. They stop the convoy with a car then 2 people chained themselves beneath the vehicles, delaying them by 45 minutes.
indymedia

· 07.04.04 London
100,000 people march against the war and occupation of Iraq in London. Some people break off and cause damage to BAe Systems - the UK's biggest arms dealers - and another breakaway march blocks roads around Oxford St and Picadilly for a short while.

· 05.04.04 London
3,000 march on US embassy. Oxford St later blockaded, the people forced back to US embassy by police and detained for an hour, before being released in small groups. 6 arrests on trumped-up charges, most later changed to Highway Obstruction.

· 01.04.04 Manchester
Offices of News International – parent company of the Sun and Times newspapers, and Sky News – occupied by 30 people and shut down temporarily in a protest against their ridiculously biased pro-war line.

· 30.03.03 Colchester/Iraq
3 British soldiers, based in Colchester, refuse to fight in war due to civilian deaths.
>Guardian

· 29.03.03 Nationwide
Day of localised actions, with tens of thousands taking to the streets in their communities, demonstrating and holding die-ins, banner-hangs and road blocks. Some lead to militant confrontations with police, such as in Newcastle when police penned in 1,000 people and in Newham, London, when people resisted the cops’ attempt to arrest someone, leading to scuffles.

· 29.03.03 West Yorkshire
Tomorden: Calderdale Against the War and Greenpeace shut down an Esso station
> indymedia

· 26.03.03 Manchester
Hulme bridge in Manchester shut down for 6 hours by a single person who scaled the bridge and hung an anti-war banner
>indymedia

· 25.03.03 Berkshire/Gloucestershire
Between Welford bomb depot and RAF Fairford, several people locked themselves to each other and a car to stop the transport of munitions to the B52s stationed at Fairford. Delivery of ammo stopped temporarily.

· 24.03.03 Anglesey
Runway of RAF Valley shut down for 4 hours by 7 people who chained themselves to drag nets, preventing planes from taking off or landing. There were no arrests.
>indymedia

· 23.03.03 Glasgow
Night-time attack on British Army buildings: windows were smashed and missiles were hurled in the attack on a training buildings of the Royal Signals Regiment, Jardine St, Maryhill, Glasgow. People responsible ask others to attack any government, army or police property.

· 22.03.03 Gloucestershire
5,000 people attempt to enter RAF Fairford, where B52's are flying missions to bomb Iraq. Huge number of riot police prevents anyone from breaking in. Scuffles and 2 trumped-up arrests. 3 coach-loads of people illegally detained by police and escorted back to London. Detainees escape from coaches and block roads on outskirts of London and head for Oxford St.

· 21.03.03 London
Road blockades at Edgeware Rd at 7am and Old St at 5pm. Traffic severely disrupted in the vicinity. Highly aggressive policing but no arrests.

· 20.03.03 Nationwide - The day after war started
800 workplaces walk out on strike or take the day off, School and University students walk out, city centres blockaded and police attacks resisted all over the UK. There were also occupations, sit-downs and some people attacked police. Others attacked corporate and government property, for example in Glasgow.

· 19.03.03 Nationwide
Thousands of school and university students leave classes and take to the streets. Roads and city centres blockaded and police repression was resisted, with kids in many places breaking police lines evading arrest. Some students suspended or expelled for taking action.

· 18.03.03 Cardiff
Cardiff Anarchist Network occupied the chamber of the Welsh Assembly, putting a halt to proceedings for some time
>indymedia

· 17.03.03 Various
Hundreds of school and university students walk out in London, Devon and Wales among other places blockade a petrol station and roads. ARROW organise die-in roadblocks.

· 15.03.03 Portsmouth
600 people march on Portsmouth Naval Base and attempt to enter. Police prevent them so roads blockaded instead.

· 13.03.03 Gloucestershire
30 B52 support vehicles put out of action by Trident Ploughshares activists. Fuel and oil was contaminated, tyres punctured and vehicles damaged with spraypaint, crowbars and hammers.
>Sky News

· 12.03.03 Gloucestershire
Anarchists and others cut through fence and enter Fairford again, destroying rows of landing lights on the runway, making it temporarily unusable.

· 09.03.03 Gloucestershire
RAF Fairford: holes cut in fence and people enter + cause disruption, despite police using anti-terrorist laws on anti-war protestors. One aircraft's take-off was delayed by hour-and-a-half. 9 arrested and charged with aggravated trespass.

· 01.03.03 Cardiff
Anarchists break into BAe systems weapons factory. They scale fences, chainthemselves to buildings and run around the maze of factories.

· 24.02.03 Worldwide
Greenpeace activists in 17 countries shut down Esso. In the UK 100 stations and the London head office were closed down.

· 23.02.03 Gloucestershire<
500-strong demo at RAF Fairford; 400 people tear down main gates in charge into base, battle police over the entrance for 40 minutes before riot police move in and eventually regain control of the gates. People then head off and destroy large sections of wooden fence, with some people then entering. Holes cut in fence and base invaded by more people.

· 15.02.03 London
Not technically direct action but the biggest ever demonstration in the UK of 2 million people occured, bringing the capital largely to a halt, plus blockades of petrol stations over the UK and an occupation of the BBC World Service building during which an anarchist flag was put up the flagpole.

· 03.02.02 Ireland
5 people cut into Shannon airport, pour fake blood on the runway then use sledgehammers to put it out of use. They then begin destroying a hanger and a US Navy aircraft within before being arrested.

· 26.01.03 Gloucestershire
RAF Fairford: demo of 500 people, 50 of whom enter the base through holes cut in the electrified fence. Fights with police as snatch squad arrests one person for criminal damage and drag them through a hole in the fence, along with 2 others.

· 19.01.03 London
Blockade of the HQ of the British Army, Northwood. Both entrances blocked by people locked to each other and to gates, and by standing blockades. Base disrupted for several hours. 70 arrests for minor offences.

· 08.01.03 Scotland
Train drivers in the Aslef union based in Motherwell refuse to transport military materials to be used in the Gulf – the first industrial action against this war.
>Guardian

· 14.12.02 North Yorkshire
Several women break into the US communications and spy base at Menwith Hill. Using bolt croppers and hammers they cause hundreds of thousands of pounds of damage to communications equipment. No arrests.

· 14.12.02 Gloucestershire
500-strong demonstration at RAF Fairford; approximately 30 people break away and enter the base after cutting holes in the fence causing disruption.

· 12.10.02 Ireland
Shannon airport being used to refuel US military aircraft. During a demonstration anarchists and other break away from main demo and tear down fences and proceed to shut down the airport. 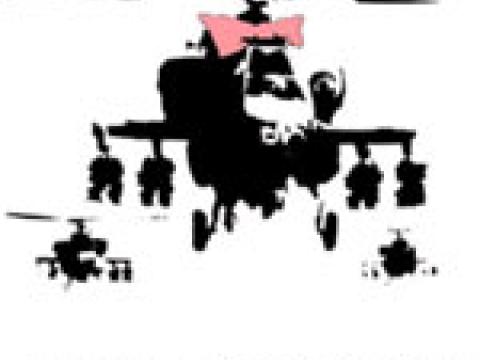 An anti-Iraq war leaflet by the Anarchist Youth Network in 2003. The authors no longer think the… 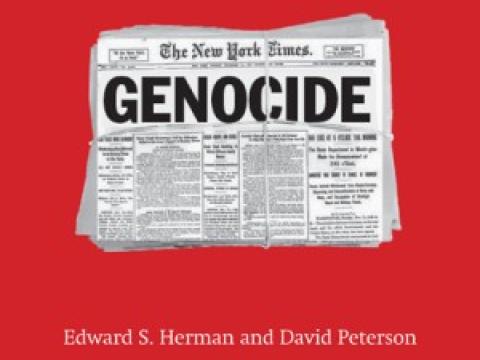 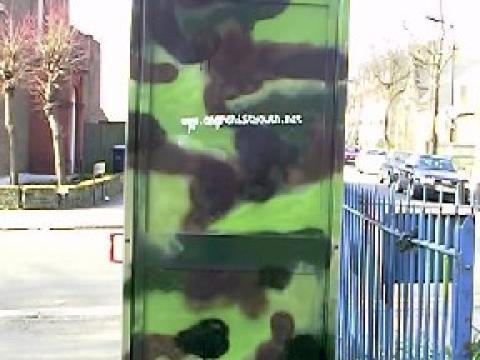 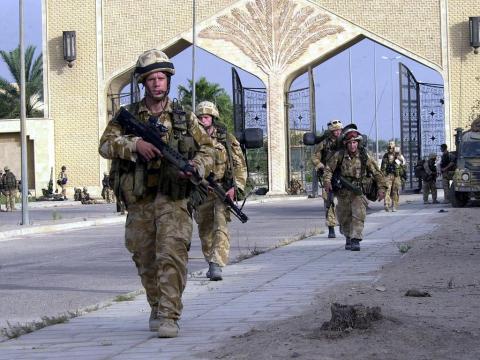 Aufheben analyse the 2003 invasion of Iraq in the context of US foreign policy and geopolitics since the 1980s.