Transition period: a few words on a fuzzy notion

In this article, originally published in Les Temps Nouveaux, 1922, Marie Goldsmith critically analyses the concept of a 'transition period' between revolutionary upheaval and the realisation of our goals.

In the innumerable discussions which the Russian revolution sparked in the socialist and revolutionary milieus, the idea of a “transition period”, succeeding the victorious revolution, always appears; it might be the notion most commonly abused in order to justify indefensible behaviours and betrayals. It is generally thought that even the most advanced countries are not ready for an integral realisation of socialism (and, even more, of anarchist socialism); from this, some advocate half-socialist, half-radical blocs, or a “workers’ government” which, instead of socialism, will only realise the minimum programme of the congress; others advocate a forceful strike which will give the revolutionaries dictatorial power, which they will use to serve the interests of the working-class, mainly by terrorising the bourgeoisie. Bolsheviks, in particular, (and those of the anarchists who followed them) tell us: “Do you really believe in the possibility of achieving anarchist communism right now? The masses are not ready and socialism still has too many enemies; as long as they remain, the state will be necessary. You must accept a transitory period of dictatorship.”

As long as we accept discussion on those terms, making our opinion depend on our – optimistic or pessimistic – appreciation of the degree of readiness of the workers, it will be impossible to answer the question clearly and in accordance with our principles. And this is understandable: the question must be asked completely differently. Whether our ideal is or isn’t realisable “straight away” can in no way influence our actions. We know that only the historian, considering, after the facts, the acquired results, will one day establish for which achievements our times were ripe; as for our contemporaries, they always get this wrong, depending on their mentality. We do not believe in predetermined phases of evolution, identical for every people. We know that the general march of human development leads mankind better to use the strengths of nature and better to ensure within its ranks the liberation of individuals and social solidarity. On this path, there can be stops, and even retreats, but no definitive backtracking. And the closer the communion between different peoples is achieved, the faster the ones which are further engaged on this path will help the latecomers. Everything else, the rapidity of the movement, its peaceful or violent forms, what conquests are gained where and when, all of that depends on a number of factors and cannot be predicted. Among these factors, one of the most decisive has always been and always will be the action of individuals and their groups. The ideas which will inspire the most energetic action will have the most chances of being put into practice; life will follow the net force of forces applied. In consequence, the more efforts we will make towards our ideal without any compromise, the closest to our ideal the result will be.

In discussions in which we talk about a “transitional period”, people usually swim in a sea of confusion and understand each other poorly, since it refers to two very different notions. On the one hand, any time is a time of transition towards a higher stage of evolution, since, as some hopes are realised, new ones emerge. Always, there are some dominant problems which preoccupy everyone who is able to think, and others, future ones, which only preoccupy an advanced minority. This is the socialist dilemma: on the one hand, how to abolish capitalist exploitation and organise an egalitarian economic society is in our times on the agenda of immediate realisation; but how to give this society a libertarian form and ensure a real development of human beings remains an ideal shared by a small number of people, the anarchists. When will this ideal in turn come to the front of the stage, and lead the majority? Only the future will tell; it is certain that until it is realised as we conceive it, we will go through a series of transitional stages.

But people also mean something else by transitional period: it is the time immediately following a revolution, where old forms have not yet fully disappeared, the enemies, the defenders of the past are still to be feared, and the new order of things is being born in the middle of the fight and of the worst difficulties. And then, by considering only that moment, separated from the past and, especially, from the future, people end up, like the bolsheviks, justifying any odd means, even the most dangerous, generally borrowed from the old world, among which dictatorship comes first to mind. Or else people propose, like Kautsky and the other social-democrats, a temporary regime, in which socialists hold the power, but will push back to an indeterminate time the realisation of their socialist programme. Our conception of things is totally different from either of those: we refuse to be hypnotised by this idea of transition. That progressive victories, partial realisations, must precede the total realisation of our ideal, is possible, even probable, but for these successive stages to be accepted by us as positive, they must lead us towards this ideal, and not in the diametrically opposed direction. The path towards a society free of any constraint by the state and founded on the free grouping of individuals can only go through social forms in which the part of free initiative increases and the part of authority decreases. But if, under the guise of a transitional period towards a free community, we are offered a complete annihilation of any freedom, we answer that this is no transition, but a step back. We were not brought up on Hegelian dialectics, which envision the transformation of something into its opposite as a natural phenomenon; our minds are imprinted much more strongly by the principle of evolution, which says that each stage of development not only is not opposed to the last, but also proceeds from it. Anarchist society will never proceed from dictatorship; it will only be born from the elements of freedom which will have subsisted and will have spread despite any state constraint. For a social form to be considered as a step toward an ideal, it must contain more elements of this ideal and never less; if not, it is a step back and not progress.

The Paris Commune, for example, was not aiming at an anarchist society; but anarchists of all countries highly appreciate it for its large-scale federalism. In the same way, during the Russian revolution, anarchists have welcomed with sympathy the institution of free soviets, in the way they emerged from popular thought, of course, and not from the official organs which, nowadays, are a mere caricature; they saw there a form of political organisation preferable to classic parliamentarianism, which allowed more development of collective initiative and action among the people.

A sympathetic attitude towards everything which gets us closer to our ideal is something natural; the notion of a “transitional period” cannot add anything to it. It only serves the purpose of obscuring the discussion and giving an excuse for some minds to “revise” our ideas, which means, in truth, to abandon what is essential to them. The revolutionary moment is really the time when prudence, the fear of utopia, of the ‘impossible’ are less necessary; it sweeps away, on the contrary, the limits of all hope. Let us not be intimidated by the advice based on fake historical wisdom which is contradicted by all the experience of history. 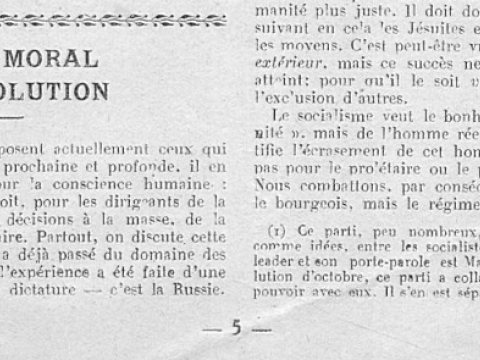 The moral face of the revolution

Among all the questions currently in the minds of those who predict coming deep social change, there is one which is extremely painful for human… 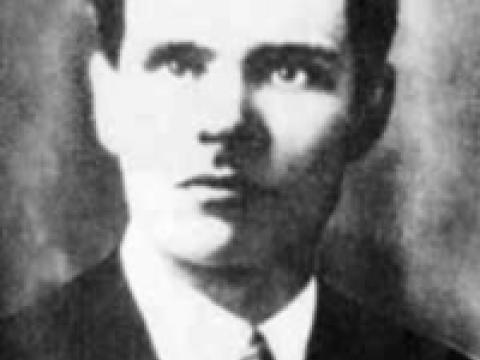 The struggle against the state and other essays - Nestor Makhno 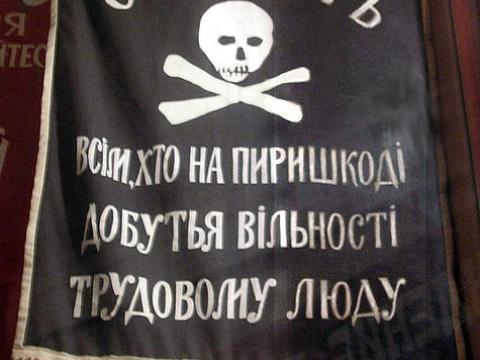 The ICG on the revolutionary uprising in Ukraine.

The Communist Left in Russia after 1920 - Ian Hebbes

A re-evaluation by the late Ian Hebbes of the continued existence of a Left Communist opposition within the USSR up until the 1930s.