Twenty-five years since the Tiananmen protests: Legacies of the student-worker divide

Workers on the square

During the protest movement that centered around Tiananmen Square in Beijing twenty-five years ago, workers protested alongside students and intellectuals. But the political relationship between the two social groups was weak at best. Things have only gotten worse since.

Students were the first social group to protest in April of 1989 with a nighttime march of maybe 10,000 to the square from the university district. At the lead, students carried a banner that proclaimed themselves to be the “soul of China.” But workers soon joined the movement, most importantly by forming the Beijing Autonomous Workers’ Federation. Yet these two social groups did not come together to form a coherent social movement even as they took part in the same protests.

Students and workers were divided by their different protest styles, their very different relationship to the state-led reforms, the different ways that they related to factional struggles within the Chinese Communist Party (CCP), and by their different understanding of the meaning of democracy. Of course, this short blog post is speaking in generalities, and there are plenty of counter examples. The focus is on the dominant positions of students and workers. These generalizations tell us a lot about the different ways students and workers related to the protest movement and each other. And they help us to understand the continuing separation between these two important social groups.

In terms of protest styles, students claimed exclusive ownership of the protests. They tried to keep others out of the protests or tried to sideline other groups as mere supporters and not full participants. The 1980s saw a return of an almost century long ideal that intellectuals were the only ones truly able to “save China”—they were the soul of China and the heirs of the 1919 May Fourth Movement out of which the CCP grew. In fact, students often blamed peasants for leading the country astray during the revolution and the Mao period. Once they occupied the square in May, students cordoned off the center of the square around the Monument to the People’s Heroes with hierarchical series of concentric circles, to get into which one had to be a student or student leader. The workers’ organization had to set up across the street from the square itself.

Students also had a very different relationship to the reforms compared with workers. Students largely wanted to the reforms to move faster, to be better organized and more efficient. They were afraid that corruption was leading to a weakening of the reforms. The interests of workers, on the other hand, were being harmed as the reforms continued into the mid-1980s. There was new unemployment, stagnating wages, and, most importantly, high inflation (reaching levels of hyperinflation by the end of 1988). For workers, the reforms had to be slowed down or significantly rethought.

The students, unlike the workers, were intimately involved in the factional fights going on within the CCP. Students largely took the side of the more radical reformer, Zhao Ziyang, who was the head of the party. Zhao wanted to push the market reforms through faster. On the other hand, the students largely reviled Li Peng, the head of state, well before he became the figurehead of martial law in late May. A moderate reformer, Li was seen as an old style bureaucrat who stood in the way of a rapid and efficient transition to a rational market economy. Workers, however, did not really take part in this factional fight. They had been burned by participating in factional fights before, specifically during the Cultural Revolution (1966-1969) and the democracy wall period of the late 1970s and early 1980s.

Lastly, they had very different ideas about democracy. Students spoke vaguely about democracy, but often called for intellectuals to have a special relationship to the party. Most were more interested in having Zhao become a more powerful, enlightened leader, for whom intellectuals could play the role of advisers, showing him how a market economy should really work. When one talked with workers, they had a much more concrete idea of democracy, one that emerged over a long period of worker struggles in China, clearly visible, for example, in the strikes of 1956-7, the Cultural Revolution, and the 1970s. For many workers, democracy entailed worker power within the enterprises at which they worked.

Students initially did not want workers to call a general strike in order to keep the focus and the power of the movement on themselves. But once martial law had been declared on May 20th, students finally saw the importance of worker participation, again, however, only in a supporting role, and they asked workers to undertake a general strike. By that point participation in the protests had dropped dramatically, and it was too late for workers to mobilize their forces. On the night of June 3rd into the 4th, twenty-five years ago, the army moved towards the square to put an end to the protests. That night it was mainly workers and unemployed youth who attempted to slow the approach of the army in the streets leading up to the square, and many of them—not so much for students—paid for it with their lives. Workers were also hit the hardest in terms of jail sentences and executions in the days and weeks that followed, with student participants getting more lenient sentences.

As the Chinese economy was increasingly integrated into global capitalism after 1989, the class interests of students and workers have diverged further. The students of the 1980s became the middle class that emerged in the 1990s, benefiting from the continuation of the market reforms that the crackdown on the protests enabled. In the late 1990s, workers in many older state owned enterprises were laid off, rural-to-urban migration increased rapidly, and a class of “new workers” came into being, making low wages and living a precarious existence within the new global manufacturing system. As worker and peasant protests increased again from the mid-1990s, they were not joined by students or intellectuals, who had mostly moved to the right when they had any politics, arguing for the protection of property rights and free speech. While there is a nascent “new left” in China that focuses on the growth of inequality and that has connections to the 1989 protests, it is quite small, and the majority of intellectuals live a class-world away from China’s old and new workers.

Haven't read it al yet but looks interesting:

Workers in the Tiananmen Protests:
The Politics of the Beijing Workers' Autonomous Federation
by Andrew G. Walder and Gong Xiaoxia

From The Australian Journal of Chinese Affairs , No. 29, January 1993
(now known as The China Journal )

In Ideas & action we published some stuff by the AWF. Not on line tho

Thanks so much for this wonderfull blog! I'm really looking into other posts.

But here is a constructive criticism: it's really great when people write about historical events when they include sources. As far as I know, the whole blog entry could be made up... 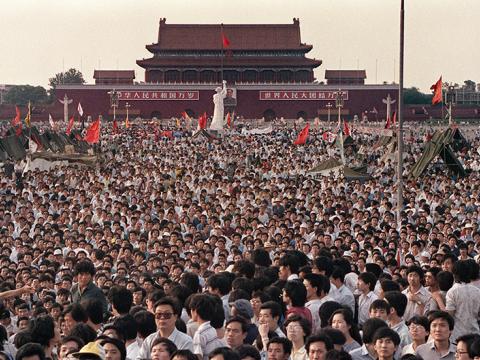 Introduction and chapter 5 of Asia's Unknown Uprisings (Volume 2) by George Katsiaficas. The introduction summarizes the sequence of "people… 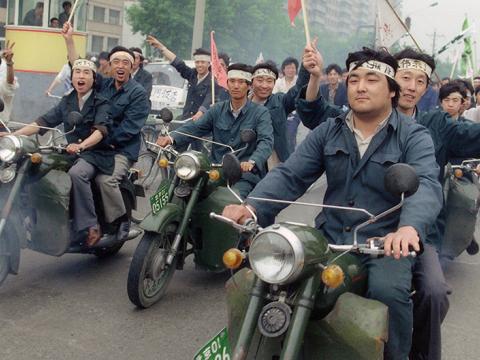 A detailed account of the national uprising for democracy which swept China in 1989 and was crushed after the Tiananmen Square massacre, written… 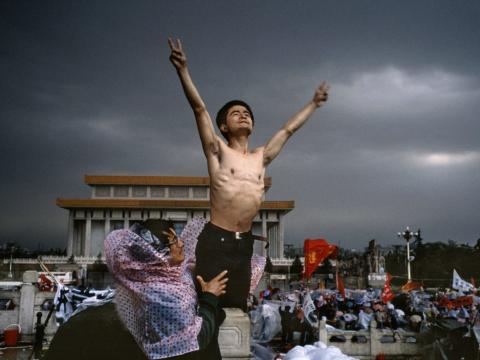