Warehouse strikes across Italy as management tear up workers’ rights

Solidarity strikes have broken out at warehouses across Italy, with workers blocking entrance gates in some places, after an outsourcing company has attempted to attack the hard-won rights of workers at a warehouse on the outskirts of Milan.

Staff at Carpiano walked out on Tuesday 19 September and were followed by workers at warehouses in Bologna, Rome, Turin, Pavia and Brescia. In total, hundreds of warehouses are currently on strike, day and night, across Italy.

In Bologna on Wednesday night, this led to a lockout of SI Cobas members to stop them organising the strike on the company’s premises. Undeterred, workers blockaded the warehouse gates for the entire night alongside supporters from the recently-evicted Laboratorio Crash. While management attempted to divert deliveries via a subsidiary branch of Poste Italiana on Via Zanardi, workers were mobile enough to successfully move the blockade there.

Karim, a warehouse worker and SI Cobas member from Bologna, explained to Radio Onda D’Urto: “SDA wants to do whatever it wants without discussion with the union. So, if they do this thing here at SDA Carpiano, tomorrow or the day after tomorrow they will also do it in Bologna.

“This has been a threat against all the workers that work for SDA and so the strike began immediately to reclaim the conditions which SDA workers had at the beginning.”

Outside the warehouse in Carpiano, union members were defiant: “I’m not moving from here. I’m defending my rights,” said one striking worker speaking to La7.

“We’re risking a lot” added another. “We’re aware of that. But it’s worth the struggle.”

Management at SDA-Poste Italiana (the parcel delivery section of the Italian postal service) presented workers with an unexpected tendering for new contracts for the running of a warehouse in Carpiano, just outside Milan. It soon became clear, however, that management intended to go much further than just find a new outsourcing company; they’re actually trying to roll back the gains of warehouse workers’ struggles in recent years.

Among other things, the new outsourcing consortium does not intend to recognise the previous collective agreement signed with the union, SI Cobas, which includes clauses guaranteeing rights such as sick pay, an increase in the amount of annual leave and a significant reduction of working hours.

Photo gallery of the strikes at SDA and solidarity from other workers.

Outside the gates of SDA Carpiano, SI Cobas coordinator Aldo Milani, who bosses unsuccessfully attempted to frame for corruption earlier this year, addresses workers outside the Carpiano warehouse.

Face off with riot police as workers, locked out by management, blockade warehouse in Bologna.

SDA wants to do whatever it wants without discussion with the union. So, if they do this thing here at SDA Carpiano, tomorrow or the day after tomorrow they will also do it in Bologna. 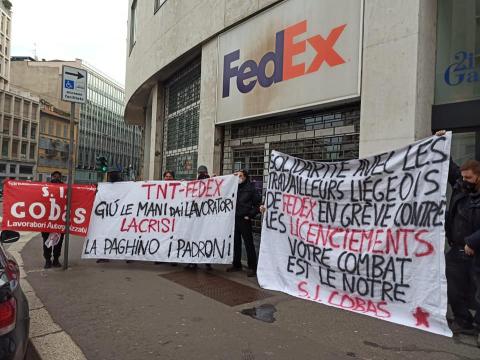 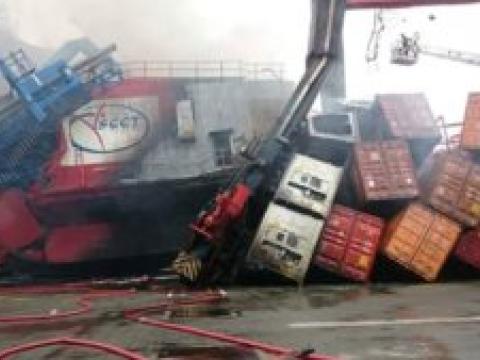 Logistics is the Logic of Capital

Anna Curcio and Gigi Roggero analyse the recent wave of struggles in the Italian logistics sector. This article first appeared in Viewpoint… 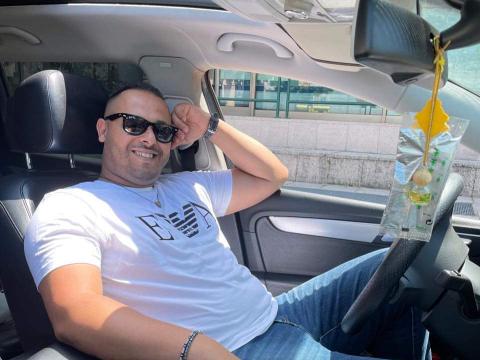