The grassroots fighting organization, the Tenants' Defense Committee, managed to stop the privatization of a house on Targowa St. in Warsaw. This is an historic moment: as far as we know, this is the first privatization in Poland that has been successfully stopped by protest!

In addition, the city has agreed to recommunalize part of the building which was under claim. This means that the entire property (which consists of several buildings) will remain municipal housing.

Although there is a lot wrong with the municipal housing system, it is extremely common that when buildings are reprivatized, rents shoot up, people are evicted, properties sold or tore down to make way for exclusive housing. So essentially this decision will guarantee that the tenants can remain in their homes and not have to face the terror tactics that private slumlords use to drive people out before the end of their notice period - that is usually cutting off water, gas, etc.

The Committee is currently fighting a couple of privatization attempts. It is common in Poland that extensive fraud is committed during reprivatization and there is no independant process of verifying claims and documents. It is part of a tacit agreement between municipalties, landlords and real estate investors to deplete the public housing stock, help a small mafia of bureaucrats and privatizers get their hands on attractive real estate and gentrify the cities.

There is extensive evidence of fraud in many cases but Polish law is highly flawed in this area. If a property is illegally acquired but then sold, the new owner is considered to have purchased it "in good faith" and such sales are not annulled! So there is a well-developed mechanism to get buildings by fraud and to sell them immediately to colleagues, friends and family.

Besides this push to block some fraudulent reprivatizations, banners are now going up around Warsaw advertising different tenants protests, victories and the call for a rent strike starting Oct. 1. The strike is being called by the local group of ZSP and is meant to be a starting point for radicalizing protest. The timing of it is also significant as municipal elections will be held in November. ZSP and the Tenants Defense Committee will make a huge campaign against the politicians who were involved in corruption and anti-social polices ---- which is just about all of them! ZSP will argue for more popular control of the neighbourhoods and will try to organize some local assemblies in response to the upcoming election campaigns.

Well, those who are actively pushing this campaign, yes. Of course the tenants participated themselves, but most needed big encouragement and help - this is how it works for now. We are encouraging more independent organization and this house has set up its own association. We helped tenants from a few local buildings do this to encourage more autonomy and get people more active themselves, although clearly they interact with the Committee which has many skills that can be useful in such situations, because it is not easy to launch an effective defensive quickly if you have no knowledge of the ways the scams work, the law, how to find information, make legal appeals, etc. We had some training sessions on these topics, but it is so complicated an area that most people cannot get their heads around it at first. It takes time.

Nobody expected this could happen and the champagne is flowing around the neighbourhood. Strictly speaking, maybe not to be classified as an anarchosyndicalist initiative, but the upcoming actions are called by an anarchosyndicalist organization. :-) We are not expecting anything too huge with this strike, but it will be good for our local standards we suppose and maybe an important step in consolidating the movement.

fantastic and good luck with the rent strike.

well done to everyone involved and keep on, keeping on.

BUT, I was so happy about the news I forgot a MAJOR FACT.

The person who tried to get the building of course wasn't the original owner (most of those people are dead) or even an heir. It is a notorious slumlord who managed to get his hands on claims and buildings and has lots of properties. We have cooperated and protested with the tenants of at least 4 of them. And his slumlord tactics are so notorious that even the mainstream press asks how to stop him.

In the past he was mostly in another neighbourhood but now he started trying to get buildings in the immediate vicinity of our HQ. In this particular case, there was a scheme where there was clearly no legitimate claim and we were able to prove that the city was acting illegally. 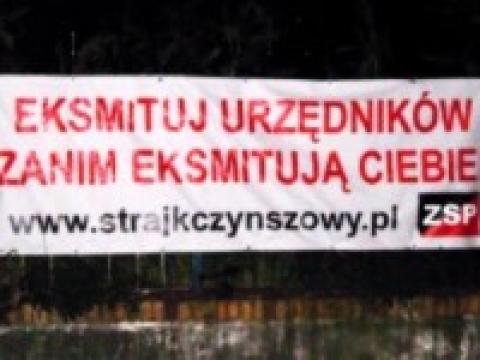 Polish anarcho-syndicalist organisation ZSP is calling for a rent strike in Warsaw starting on Oct. 1. 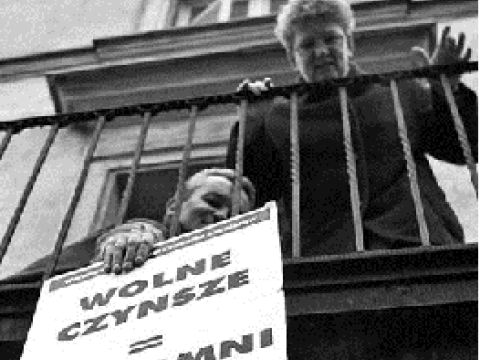 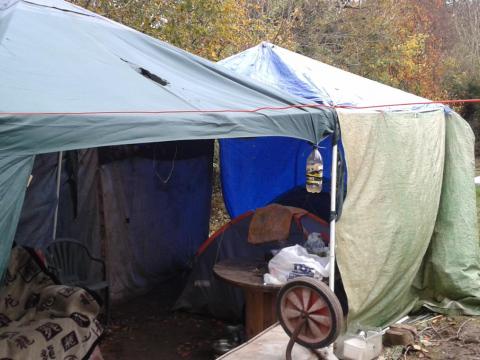 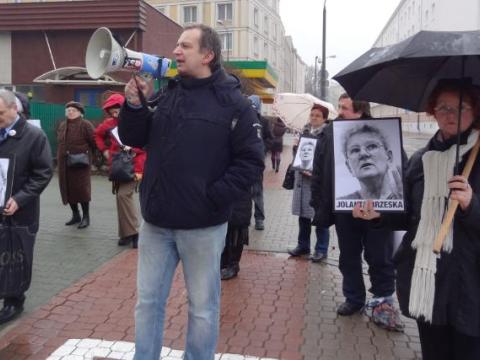 Poland: Jola was murdered one year ago

Housing activist Jolanta Brzeska was murdered one year ago, burned alive in the Kabacki Forest. She had been fighting against the landlords,…